The last fight of Andrey Smyslov

3 September 2015
59
As a rule, the youngest child often becomes a darling of the parents and the object of jealousy of an older brother or sister. But in the family of meaningful things did not work out that way. The second son, Andrew, became the universal favorite, who managed to protect from unnecessary care. And most of all, perhaps, the eldest son Seryoz was happy about the birth of Andrew. By the way, he gave his brother a name. Sergey bathed the baby, wore it in his arms, told fairy tales and taught to read. 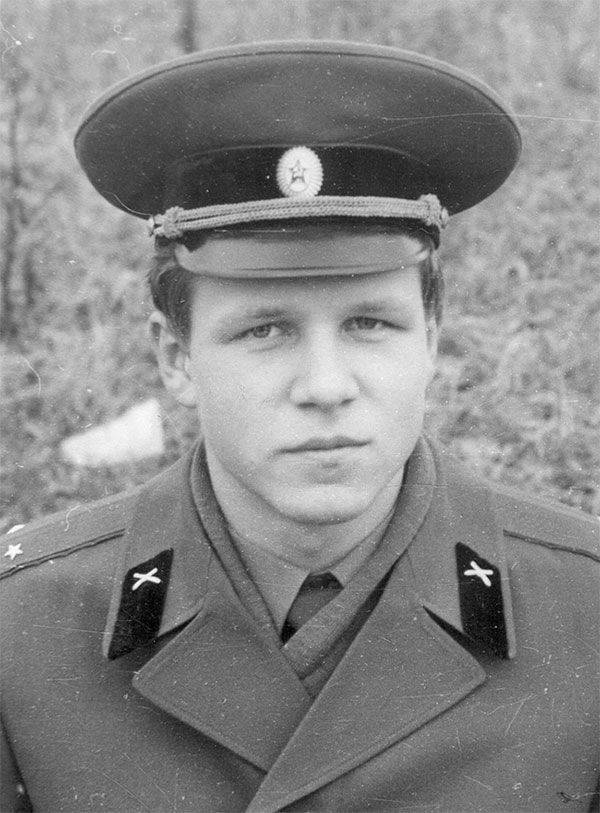 I must say, Andrei became addicted to books early - as early as three years. Sometimes a boy will come to kindergarten with a new book, sit in the middle of the hall and start reading aloud. And the rest of the guys instead of, for example, walk, go around and listen.

In general, Andrew was a great dreamer. He even had a special notebook for recording invented stories and fairy tales. Perhaps the most important history there was a fairy tale about two kings - Pea and Dragoon, who wanted to make the Earth a planet of happiness. And a separate document was kept in the notebook, which Andrei himself invented and drafted, - the Non-Aggression Pact of the Smyslov brothers.

In peacetime, Andrew grew up. But, apparently, his heart something had a presentiment ...

He loved life in all its manifestations and seemed to appreciate every minute. Andrew was not leisure. In his spare time from lessons, sports, ballroom dancing (!) And bullet shooting, he hosted the kitchen. Pancakes he succeeded - yum fingers! I could cook a salad at the same time, listen to the radio, watch TV and talk to my brother. Surprisingly: the boy did not lose the “thread” on any “front”.

School Andrew graduated with a gold medal entered the Leningrad Higher Artillery Command Military School. He also graduated with honors. The first appointment - the city of Pavlovsk, Leningrad region. Parents prepared for the long absence of a son. And he suddenly took it and came home on his birthday, January 22. He laughed off the questions, saying that the bosses gave an opportunity to celebrate the holiday with the family for exemplary behavior.
How happy were the meanings! At the table did not stop laughing. And no one except Andrei knew that he had come to see before going to Afghanistan, a district of the city of Kandahar. It was 1985 year ...

... A deserted, dusty Afghan road-tape. On it goes the convoy of military equipment, closes its machine with the rocket installation "Grad". In the car, two - driver and lieutenant Smyslov. Dust interferes with movement, sticks to the windshield. Some small grains of sand, and played a fatal role. Because of the dust, the car fell behind, stalled in the sand. And then there were spooks.

The driver died immediately. And Andrew understood: the bandits need the “Grad”. And he is alone - against five cars of armed dushmans.

He had the opportunity to escape. Give the installation to the enemy, and hide himself. But Lieutenant Smyslov was a protector. And at that moment he defended not only the “Grad” mechanical, but also his hail - a distant native Lipetsk. And grad-homeland, which, seize the dushman installation, would have lost many more guys. And the guy stayed. He blew up the installation and single-handedly engaged in a battle with five cars of armed bandits. I shot all the cartridges - after all, in the arsenal of one person there are clearly fewer of them than those of a few dozen people ...

... And spring was raging around, and Andrew was only 22 of the year. At this age, Confucius opened his school. Pushkin wrote the "Caucasian Captive". Kasparov became the world chess champions. And Andrey Smyslov took his last fight. Left alone with a grenade, Andrei pretended to be wounded. When the dushmans came closer, an explosion was heard - the installation and its protector ended life together. All died.

And two weeks before the tragedy, a neighbor knocked at the door of the Smyslovykh family and handed over a huge bouquet of roses. This is Andrei, escorting a colleague's home, asked him to buy flowers and hand over to his mother.

Posthumously, Lieutenant Smyslov was awarded the Order of the Martial Red Banner. School number XXUMX of the city of Lipetsk now bears his name. And in the school, Andrew was the standard-bearer.

We are in Yandex Zen
Castle of jealousy and deceit
“Black myths” about the Russian kings. Western anti-Russian information war: from Ivan the Terrible to Paul I
59 comments
Information
Dear reader, to leave comments on the publication, you must to register.