2 September 2015
16
At the forum “Army 2015” held in Kubink, the Feodosia “Sudokompozit Design Technological Bureau” placed stands on which it talked about its developments for Ukrainian technology - tank BM "Oplot" and BTR-4. About this agency writes Messenger of Mordovia. 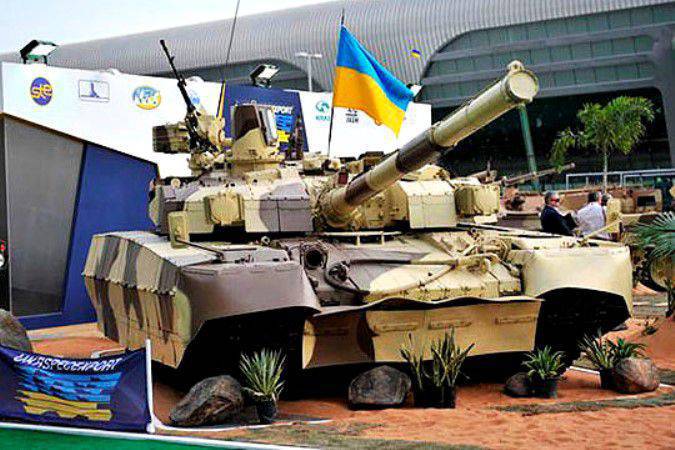 "For example, for the tank" Oplot "BM was offered a thermocasing barrel guns made of polymer-composite materials. Of them, anti-cumulative inserts were also made into the combined armor of the nose module and the turret, ”the agency reports.

The PNK-6 panoramic sight was covered with a special armored cap. “Mortars, smoke curtains and thermal shields of the super-engine roof, as well as side-mounted anti-cumulation plates” were also made from the Crimean composite materials. 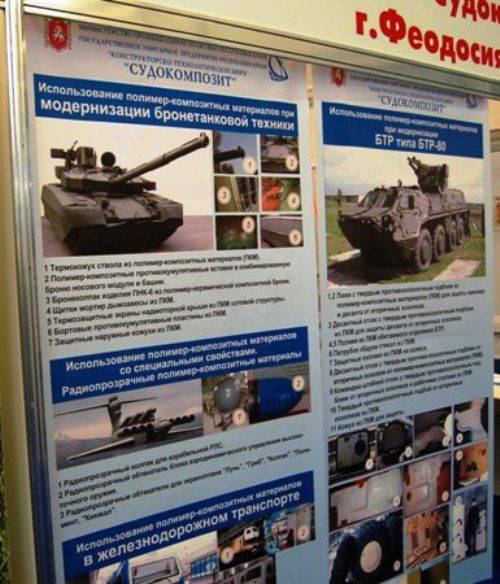 For BTR-4 (type BTR-80) “hatches and landing compartments with solid anti-splinter podboy, which protects the crew and landing forces from secondary fragments, wheel covers and other elements of the armored vehicle, could be made from polymer-composite materials,” the publication notes. .

Military experts believe that the experience of the Feodosia Design Bureau, which successfully worked on the Ukrainian defense industry, will be in demand in Russia. The development of Sudokompozit will definitely find its niche and will be used in the construction of domestic armored vehicles. 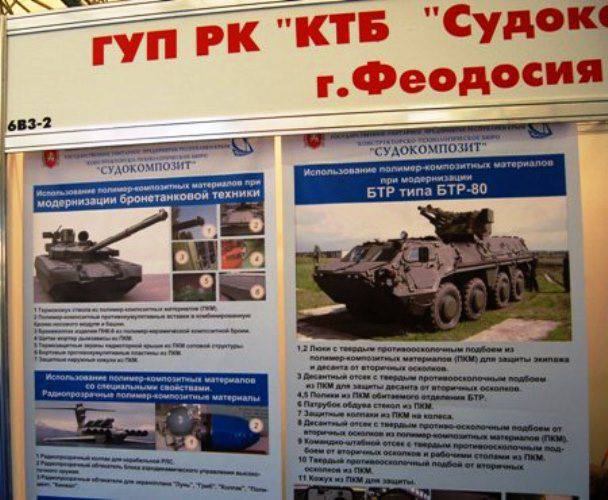 Ctrl Enter
Noticed oshЫbku Highlight text and press. Ctrl + Enter
We are
PNK-6 - Ukrainian tank panoramic sight is not inferior to foreign analoguesPanoramic sight for "Arjuna"
16 comments
Information
Dear reader, to leave comments on the publication, you must to register.