The floating dock "Sviyaga" went to Severodvinsk for testing 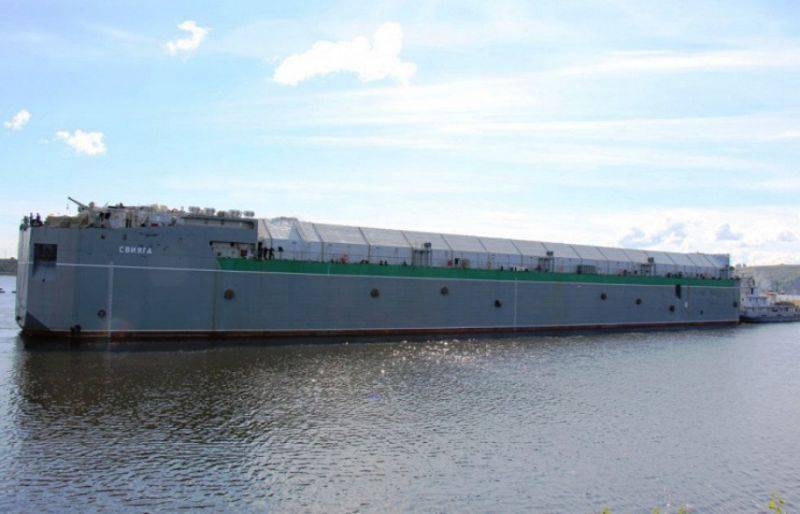 “The floating dock of project 22570 Sviyaga began the transition through inland waterways from Zelenodolsk to an external delivery base in Severodvinsk, where, after passing the tests, it will replenish the Northern fleet The Russian Navy, ”the release said.

“Sviyaga is intended for docking inspection and repair of ships, as well as for the transportation of ships on inland waterways. The floating dock of the 22570 project has a tonnage of 3,3 in thousands of tons, ”the press service told.

According to the manufacturer, the dock was laid in 2012, launched in the fall of 2014. According to the company, "such vessels were not built in Russia during the last 12 years."