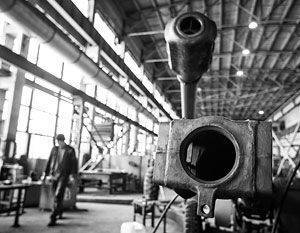 Kiev denounced the agreement with Russia on cooperation in the military industry. Thus, the refusal to cooperate is legally formalized, the course to which the Ukrainian authorities took last year. For the Russian military industrial complex, this was undoubtedly a serious blow - but far less than for the Ukrainian industry.


The Ukrainian government has broken an agreement with the Russian government on industrial and scientific-technical cooperation of defense industry enterprises of the two countries.

The agreement with Ukraine (as well as with Belarus) was signed at the beginning of 90-s in order to maintain a single military-industrial complex in the conditions of the emergence of separatist regimes on the Russian borders: “The parties pledge to maintain the existing industrial and scientific-technical cooperation between enterprises of the defense industries development, production of military products and products of national economic purposes, the provision of military services, as well as cooperation in the supply of necessary For this material, semi-finished products, components, training and auxiliary equipment ", - stated in the first article of the document.
In accordance with Art. 5, products supplied according to the lists specified in article 3 of the agreement, were not subject to quotas and licensing, and the goods provided for in the relevant list were exempted from customs duties.

According to the agreement, the sale or transfer to third parties, including foreign individuals, legal entities or international organizations, of military products and information about it without the prior consent of their original owner was prohibited. At the same time, long before the 2014 crisis of the year, the Ukrainian side defiantly violated it, as was the case, for example, with the Zubr air-cushion landing ships. Intellectual rights to this development belong to Russia, while the Ukrainians remained technical documentation (at one time, Russia and Ukraine built ships together on the Greek order). As a result, when Russia negotiated the construction of ships for China, Ukraine behind her back offered a lower price and received an order for, in fact, counterfeit products, and they transferred the technology to the Chinese side. This year, Russia took the contract back.

The agreement concluded in 1993 for the last months remained only a formality, as Ukrainian Prime Minister Arseniy Yatsenyuk directly stated this spring. “We are ending the agreement signed in 1993 on military-technical cooperation with Russia,” he said, explaining that “Russia is an aggressor country that is dangerous for the Ukrainian state and its territorial integrity.”
“This is a continuation of the policy of a ban on the supply of weapons and equipment to the Russian Federation,” Vadim Kozyulin, director of the Russian Center for Policy Studies on Conventional Arms Policy, told the VZGLYAD newspaper. - In general, this is the next step. We collaborated in many areas: we developed the An-70, modernized engines for ships and helicopters. This work has already been de facto stopped, and now it has been decided to fix this fact de jure. ”

“Ukraine is firmly on the path of destroying its industry,” stated the expert. - Many states have already passed it. For example, if we take the Czech Republic, it happened to them without any legislative decisions of the authorities. Simply, believing that the industry will survive on its own, that some Western partners will not let it die, the Czechs have lost their defense industry. It was bought for inexpensive European and American companies and subsequently destroyed. And Ukraine is doing it almost consciously: it shoots itself in the leg in order to harm Russia. Of course, this is painful for the Russian industry, but deadly for the Ukrainian one. ”

In his opinion, the denunciation of the Russian-Ukrainian agreement still does not bury the unified military-industrial complex left over from Soviet times, but is a certain milestone in stories its elimination. “Cooperation with Belarus, Armenia, and partly Azerbaijan continues. But Ukraine was the biggest cooperation partner, ”said the expert.

Recall last summer, the President of Ukraine Petro Poroshenko banned any military-technical cooperation with Russia. In particular, he signed a decree that prohibits the export to the Russian Federation of military and dual-use goods for the purpose of their military end use by Russia, with the exception of space technology, which is used for the exploration and use of outer space for peaceful purposes in international space projects.
In June of this year, Ukrainian Minister Stepan Poltorak said that Kiev denounces an agreement on control over the quality of military products. This agreement between the government of Russia and Ukraine was signed and entered into force for five years in 1997, and is automatically renewed every year if none of the parties announces its intention not to renew it in six months. The agreement involves testing and testing to determine the compliance of products with the requirements, and applies to weapons, military equipment and property, components for them, scientific and technical products, as well as work and services.

Experts said that the refusal to cooperate with Russia in the military-industrial complex would almost completely deprive Kiev of the defense industry, and further developments show that their predictions were not far from the truth. A vivid example is the situation at Yuzhmash, which is on the list of 30 of the largest Ukrainian state-owned companies. After the cooperation with Russia was actually curtailed, the company showed a loss in 1,2 billion hryvnia in the last year. The company has no money, no orders, people are cut and sent to unpaid leave, the plant is on the verge of final liquidation.

Ctrl Enter
Noticed oshЫbku Highlight text and press. Ctrl + Enter
We are
Russian miracle of the XXI centuryList of destroyed the largest and most high-tech enterprises
24 comments
Information
Dear reader, to leave comments on the publication, you must to register.