In order to revive and develop domestic military traditions, increase the prestige of military service, and in connection with the 300 anniversary anniversary of the Russian Guard, I decree:
1. Set a memorable day - Russian Guard Day and celebrate it on September 2.
2. This Decree comes into force from the date of its signing. 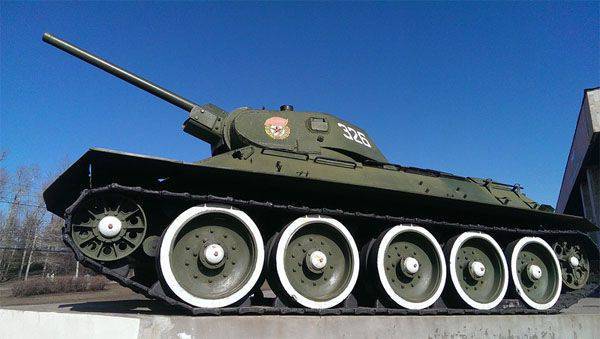 The person who introduced the word “guard” to the Russian military terminology in relation to domestic formed units was Peter the First. An interesting fact is that the Russian Imperial Guard has actually grown out of the so-called Petrovsky "amusing" troops. In other words, the “amusing” army of Peter, which was involved in the game battle scenes, became the prototype of the future guard — units already clearly distant from the so-called “amusement.”

Historiography has preserved the name of the first guards at the royal court. This is Sergey Bukhvostov. In the 1683 year, Bukhvostov, who, according to some sources, was a groom, and on the other, a court servant, expressed a desire to serve in the emerging Transfiguration Regiment. Young Peter, who later called Bukhvostova "the first Russian soldier," ordered a volunteer to be sent to a bombing company for the position of "amusing gunner." 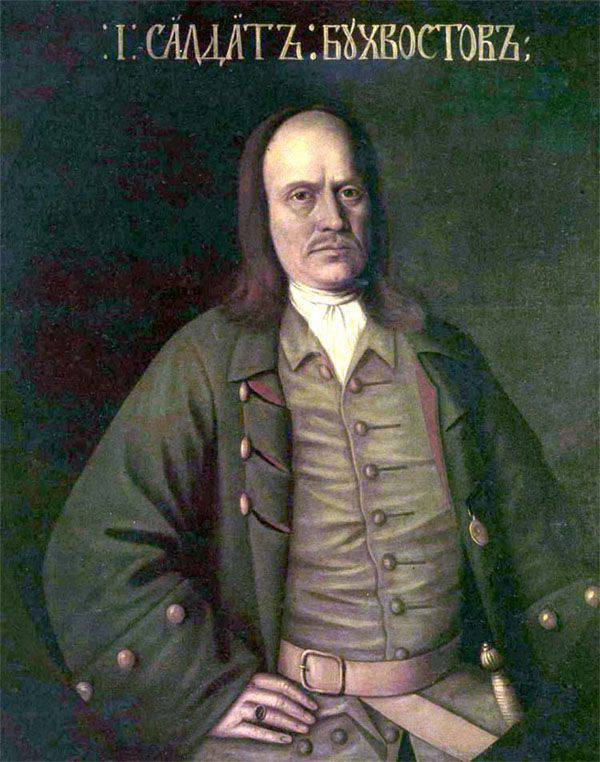 Sergei Bukhvostov survived his emperor for three years, and during his service the sovereign managed to take part in numerous battles, including the Azov campaign, the Battle of Poltava, and the battle for Szczecin. During the Northern War, Bukhvostov received a military post, according to which he was to carry out the direct protection of the sovereign during campaigns and battles. He served as a man, who is considered to be the first Russian guard, to the rank of captain of the guard. A remarkable fact is that even during the life of Sergei Bukhvostov, Peter I himself commanded to create a bronze bust of the “first Russian soldier”. But it is a great honor to be honored with such a high appreciation of his service by the Emperor of All-Russia himself.

That sculpture has not reached our times, but in 2005, in Moscow, a new monument to Sergei Bukhvostov was opened on Preobrazhenskaya Square in Moscow - already, as they say, in full growth. The sculptor is Vyacheslav Klykov (USSR State Prize laureate, 1982).

The Imperial Guard, created by Peter I, survived through numerous reforms, including the creation of the Workers 'and Peasants' Red Army in 1918. During these long years of its stories The guards formations of the Russian army were involved not only in the events of numerous palace intrigues and coups (for example, the ascension to the throne of Empress Catherine II), but also directly in combat operations.

Recruitment Guards units under Peter I was conducted mainly from the subjects of the nobility. However, due to losses in the course of numerous military campaigns, attitudes toward recruiting guardsmen had to be changed. At the same time, preference was given to those servicemen who, during the years of service on recruitment duty, had time to show their best.

There existed under the Romanovs and the practice of enrolling noble children into the guard from the moment of their birth. At the same time, children with age were assigned “next” titles, and by the 16-17 years a noble son, based on his officer rank, could de jure command a platoon or company. However, in reality, such young men, who did not have the necessary military experience, were extremely rarely allowed to the real command of units during military campaigns, since the truly experienced guards (and not only the guards) were well aware that ambitions (if not to say - arrogance) young "officers" were not the best help in military affairs.

The emperor Paul I made an attempt to carry out a large-scale reform of the Guards formations. According to him, it was necessary to “separate from the army” those officers who are ranked in the Guards only formally, and at the same time allow themselves (for months) to not appear in the units. This decision of Paul I in the nobility environment was greeted very negatively. Moreover, the emperor Paul introduced a system of punishments (including corporal) for nobles who did not execute military orders or took service in the guard units for a banal formality. Some historians believe that these "encroachments" on the nobility by Paul I were one of the reasons for the conspiracy against the emperor.

Despite the fact that Pavel did not actually have time to carry out a full-fledged reform, the Guards' environment nevertheless underwent significant changes. One of the most important changes is the active involvement of representatives of the lower classes in the guard service. Under Emperor Alexander I, the Guards battalions (and later the regiments) appeared, completely formed from specific peasants. Thus, in 1806, a battalion of the imperial militia was formed in Russia, in which the peasants of the northwestern territorial units of the empire served. And after some time, the ranks of the Guards began to be assigned to units and formations, whose representatives showed themselves exclusively from the best side during a particular military campaign.

A special status had Guards units that carried out the protection of the monarch directly. In 1811, Russia formed its own Imperial Majesty Convoy, which initially consisted primarily of the Cossacks of the Kuban and Terek Cossack troops. It was a truly multinational compound in which not only Russians (Cossacks) served the emperor, but also representatives of the Georgian, Crimean-Tatar, Circassian and other peoples. The initial armament of the formation was sabers of various types, long-barreled guns and pistols “in the Turkish manner with steel frames”. 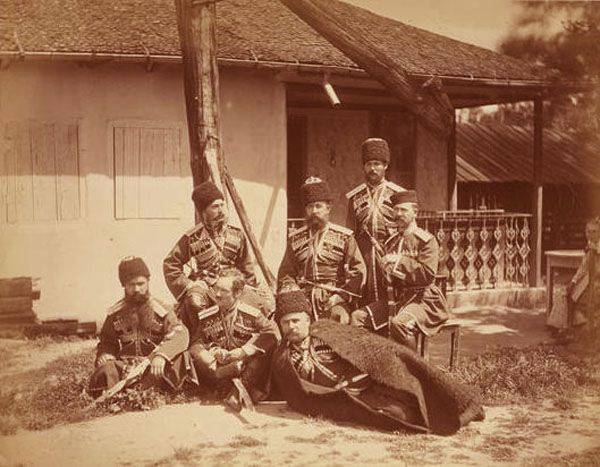 Cossacks Own His Imperial Majesty Convoy

The first commander of the Imperial Convoy was appointed Athanasius Bursak, who later showed himself in the raid of Ataman Platov, the battle of Maloyaroslavets, foreign campaigns of the Russian army. Emperor Alexander I Athanasius Bursak was awarded a gold medal for courage and courage weapons and numerous orders.

The name and the last commander of the Imperial convoy is known. This is a Cossack Georgy Rashpil, a native of the stanitsa of the Georgiy-Afipsky Kuban Cossack Army. Georgy Raspil's life was cut short on 31 March 1918 of the year in the battle of Yekaterinodar (now Krasnodar) - at a time when neither the Russian Empire, nor the emperor, or the Convoy, existed. 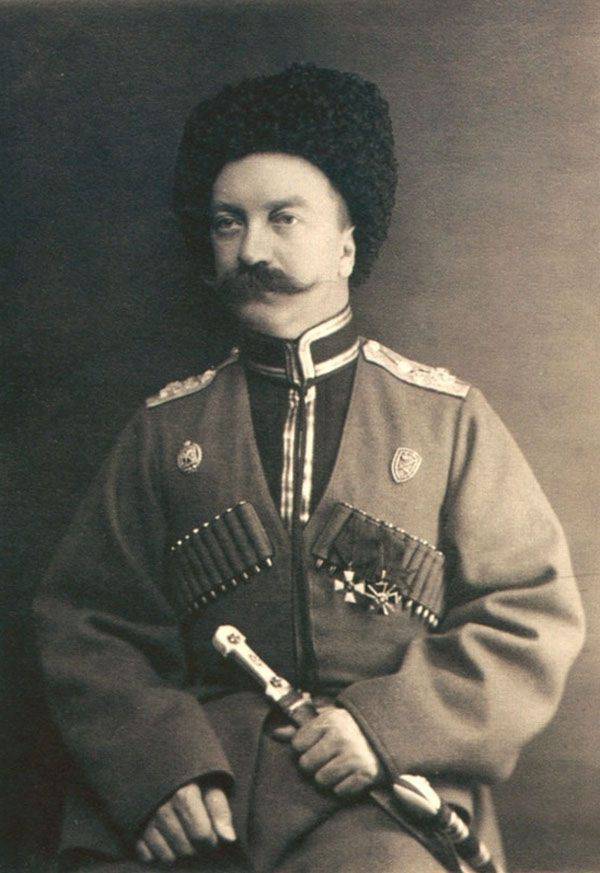 After a sufficiently long period of oblivion about such a term as the Guard, in the USSR it was nevertheless decided to return it “to the ranks”. This significant event took place from the point of view of the entire military history of the country on the 18 event of September 1941. Then, by decision of the Supreme Command Headquarters, an order of the People’s Commissar of Defense (Pr. No. 308), four rifle divisions — the hundredth, 127, 153, and 161 — were assigned to honorary names "Guards". These divisions were renamed 1, 2, 3 and 4, respectively. Thus, the idea itself was revived of conferring the honorary names of guards divisions and formations, the soldiers of which showed courage and heroism. 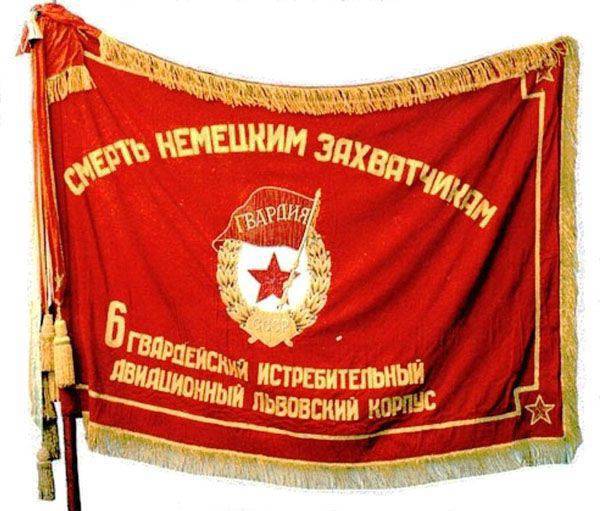 As already noted, in 2000, by order of the President of the Russian Federation, the national guard had its own holiday. With this holiday "Military Review" today congratulates all the Russian (Soviet) guards!

Ctrl Enter
Noticed oshЫbku Highlight text and press. Ctrl + Enter
We are
Holiday "invisible" soldiers. By the Day of Military Intelligence of the Russian FederationIn the Ivanovo region opened a memorial memorial in honor of the designer of tanks
36 comments
Information
Dear reader, to leave comments on the publication, you must to register.