In a recent note about Caproni Campini, I wrote that planes with the same powerplants as his own had never been built anywhere else. However, I was corrected, recalling that there was another motor-compressor jet aircraft, made and tested in Japan at the end of World War II.
I admit my mistake, but it should be noted that this product can only be called a stretch by plane, since in essence it is a guided cruise missile, in which the role of autopilot and guidance system was played by a suicide bomber. This is one of the modifications of the Yokosuka MXY7 “Oka” projectile intended for the destruction of American warships. The first-generation HMADs (Type 11) were equipped with liquid-propellant rocket engines, and the second one (Type 22) decided to install a Tsu-11 motor-compressor powerplant consisting of a piston engine, a centrifugal compressor and a combustion chamber.

It was assumed that this will significantly increase the flight range of the RCC, due to some decrease in speed. As a result, carrier aircraft could launch missiles without entering the American air defense zone fleetwhere they were quite vulnerable to interceptors.
However, it was not possible to find out how real the range had grown, since the very first test flight of the Oka-22 ended in a catastrophe: immediately after uncoupling from the carrier, the prototype fell into a corkscrew and crashed. Nevertheless, the Japanese laid a series of 50 machines, intending to resume testing and bring the unit to combat use. However, the end of the war put an end to these plans.
At least one of the prototypes in good condition went to the Americans and is now on display at the Washington Aerospace Museum.

The plane captured by the Americans at an aircraft factory in Yokosuka.

The same car in the museum. 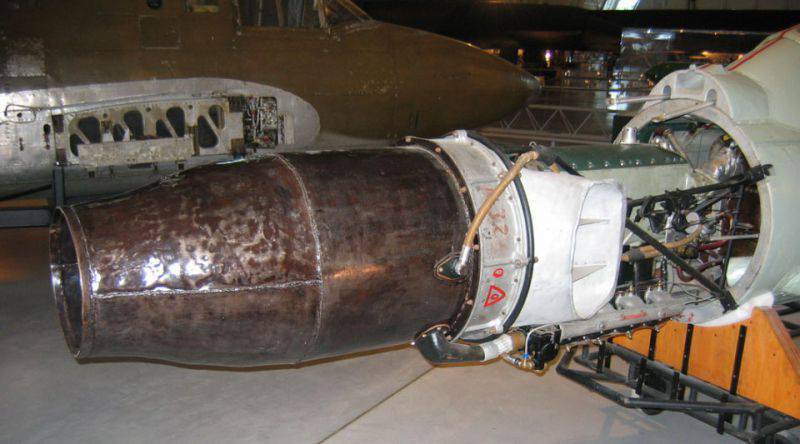 Raccapped power plant. The piston engine is visible on the right, followed by the compressor intake, then the aluminum housing of the compressor and the combustion chamber welded from heat-resistant steel to which the fuel supply pipe and the ignition system cable are connected. 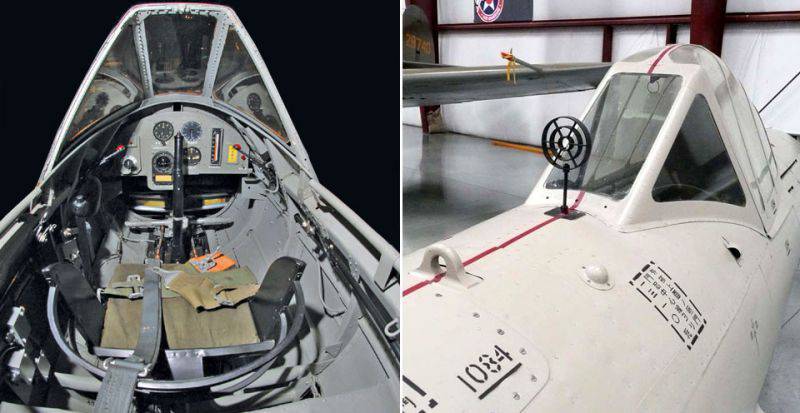 On the left is the “disposable aircraft” cabin, equipped with the necessary minimum of instruments and controls. On the right - the sight and eye for the suspension to the carrier - Mitsubishi bomber G4M2e.

Ctrl Enter
Noticed oshЫbku Highlight text and press. Ctrl + Enter
We are
Instead of a turbine - a fiery motorAn-12 in Afghanistan
23 comments
Information
Dear reader, to leave comments on the publication, you must to register.