Long time there was no air show here, it's time to update the picture. Here is an extremely curious device, designed and built at the beginning of 1911 by the Romanian inventor Henri Coanda, better known as the creator of the world's first "screwless" airplane with a motor-compressor engine.
This is the second aviation Coanda's development, which looks no less original. Its power unit consisted of two seven-cylinder Gnom-Gamma 70-horsepower rotary engines mounted on the sides of the fuselage and rotating one large four-blade screw through a bevel gear. Thus, Coanda could claim to create, if not the first, then one of the first twin-engine aircraft.

The design of the airframe is also very unusual, here and tandem four-wheeled landing gear in a huge triangular obtkatklyah, resembling skirts or flares, and the fuselage, "suspended" on the arms between the wings, and X-shaped tail. The frame was made of nickel steel and covered with canvas, only the front part of the fuselage in the cockpit area had a bent plywood skin. The roll control was carried out by tilting the wing tips (grooving). The aircraft was distinguished by rather large sizes and mass for those times: length - 13 m, span - 16,5 m, take-off weight - 1250 kg. The cabin accommodates the pilot and three passengers.

The designer expected that his creation will be able to reach speeds of up to 130 km / h, but it is unclear whether this prediction was justified, since the data on the results of flight tests was not preserved.

In October, the unit was tested in Reims by the French military, to whom Coanda offered it as a prototype multi-purpose army airplane, but, either because of the unusual design, or for some other reason, it was not accepted for service. Civilian buyers on the car, too, did not find, and its fate is unknown. 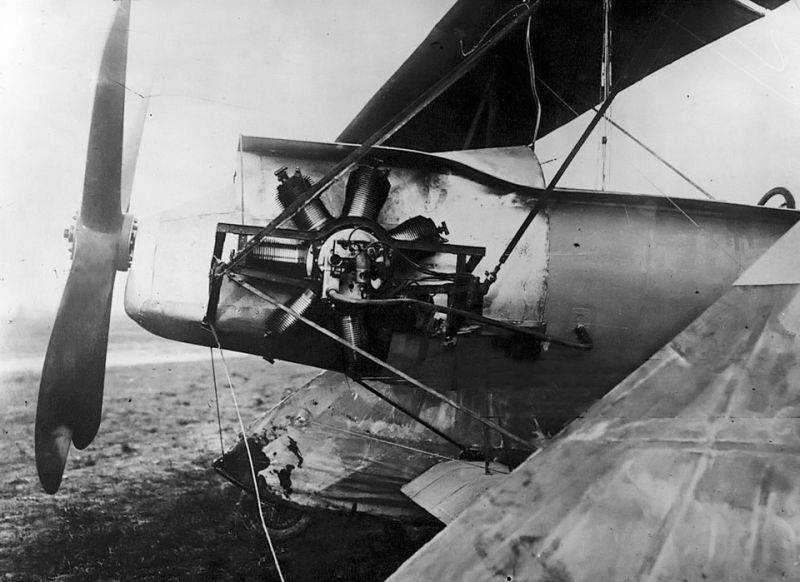 Airplane Coanda on trial in Reims. Two passengers are visible in the cabin and there is room for a third. 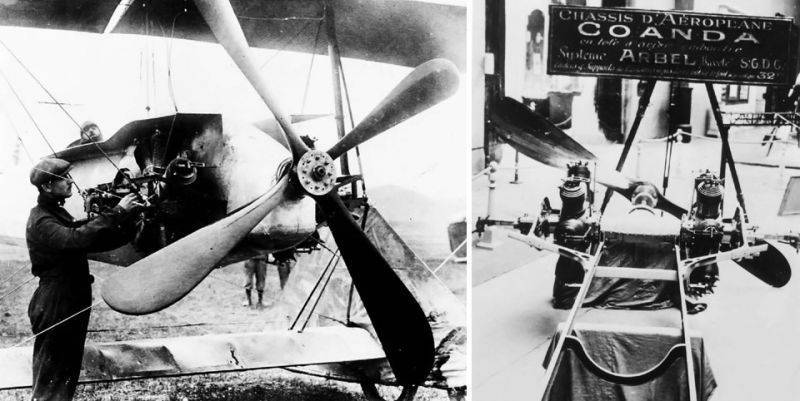 Left: a mechanic adjusts one of the engines, right: the Coanda power plant at the Paris Air Show.

Ctrl Enter
Noticed oshЫbku Highlight text and press. Ctrl + Enter
We are
Fortress with wings - strategic bomber Boeing B-29 "Superfortress"An-12 in Afghanistan
7 comments
Information
Dear reader, to leave comments on the publication, you must to register.