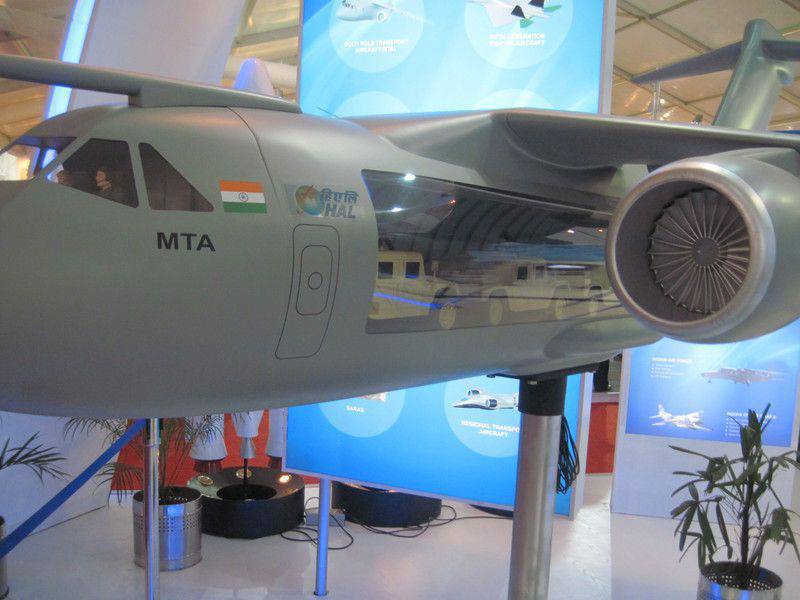 “A number of important meetings were held with potential foreign customers. In particular, the Nizhny Novgorod NPP Polet, which is part of the OPK, discussed with the German company Rohde & Schwarz the possibility of jointly developing a communications facility for the Russian-Indian ITA military transport aircraft, ”the RIA press service reports. "News".

The authorities of the Russian Federation and India signed an agreement providing for the joint development and construction of an MTA aircraft with equal equity funding in 2007. Its production will be deployed both in Russia and India.

MTA is an average military transport aircraft capable of delivering various cargoes weighing up to 20 tons over a distance of more than 2 thousands of kilometers, with the possibility of take-off and landing from unpaved and artificial runways.

Ctrl Enter
Noticed oshЫbku Highlight text and press. Ctrl + Enter
We are
The action “Military service under the contract is your choice!” In Rostov-on-Don: future contract servicemen, exhibitions and “Russian Knights”Hopes for the anniversary MAKS
13 comments
Information
Dear reader, to leave comments on the publication, you must to register.