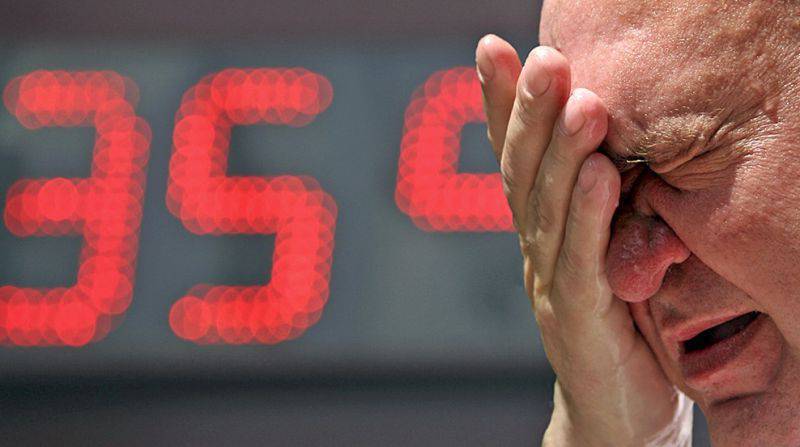 Heat energy crisis has exposed Poland. Ahead - Fall. And then - and even winter ...

A few weeks of heat, higher than the temperature 30 degree led not only to drought and tragic situation for many Polish farmers record low water levels in rivers and a dramatic increase in fire danger in the forests, but also in the best condition showed the country's energy crisis.

For the first time since the times of socialist Poland, it has reached the point that restrictions have arisen in the supply of electricity to consumers, primarily industrial enterprises, not to mention individual clients who regularly suffer from power outages during every, even minimal, deviation of weather conditions from the norm - year-round, not only in summer.

One of the favorite topics of the eloquent discourse of Donald Tusk, who until the autumn of 2014, served as Polish Prime Minister for seven years, was the issue of “energy security” of Poland and “European energy solidarity”. He spoke about these ideas on every occasion and even without chance - for example, when he suddenly declared that “the European Union will emerge from the crisis around Ukraine even stronger if it rallies around the issue of energy security.”

Under the same slogans, the head of government also liked to appear at promotional events advantageous in terms of propaganda — in particular, in February last year, he attended celebrations to mark the beginning of the construction of two new power units at the thermal power plant in the city of Opole (in the south-west of the country). The cost of this largest stories “New” Poland with 1989, industrial investment will be about 3,3 billion dollars, and new coal-fired power units will supply 1800 MW of energy. According to the plans, the completion of construction of new facilities is scheduled for 2018-2019 years, and at the end of last year Donald Tusk left his office in Warsaw and moved to Brussels, where he occupied the post of EU valet, who has no real influence on the EU Council. Problems of the Polish energy left behind.

All the cornerstones of the “energy security” of Poland turned out to be failures, according to the idea of ​​Tusk. Shale gas, whose courtly mass media seduced Poles with gigantic reserves, was only a myth: all foreign concerns refused to continue its search, citing its insignificant reserves that make commercial production unprofitable. The gas port in Swinoujscie (in the west of the Polish Baltic coast), which for more than a year - according to the initial plans - was supposed to receive vessels with liquefied gas, primarily from Qatar, is still not ready, and the deadlines for the completion of its construction are constantly postponed. And, of course, none of the European leaders seriously took the naive idea of ​​the Polish Prime Minister about joint purchases of Russian gas for the entire European Union - in particular, in his opinion, “European energy solidarity” was also to be based.

Moreover, Tusk’s successor as Prime Minister Eva Kopach signed a “climate package” in Brussels, which imposed obligations on Poland to seriously limit carbon dioxide emissions to the atmosphere. In this connection, contrary to the words of Tusk that “the Polish energy sector will be based on stone and brown coal for many years to come”, already this year and next year we will have to cut off some of the power capacities that could continue to work.

However, now the August heat ruthlessly showed the real state of the Polish energy industry. The power grid began to burst. Restrictions in the supply of electricity felt the 1600 large energy-intensive industrial enterprises. In Silesia, two rolling shops completely stopped. The car factory, collecting "fiaty", was forced to send workers to a maintenance repair idle. In cities in many office buildings, elevators and air conditioners had to be turned off, escalators stopped in shopping centers, fountains froze on the streets, and part of the lighting did not light up.

In the power plants themselves followed a series of accidents. Due to cooling problems of coal-fired power units, two out of eight units of the Polanets power station were shut down with a total capacity of 1800 MW. Electricity production was also interrupted at the country's largest power generating unit, 858 MW, at the world's largest (!) Brown coal-fired power plant in Belchatow (central Poland; by the way, it is also the country's largest producer of carbon dioxide).

Some experts bluntly say that the country “consumed energy investments made in the days of the Polish People's Republic”, and after the 1989 of the year, during the Polish economic “transformation” in this area in proportion to the needs, not very much was done. In addition, on the one hand, the Polish coal-based power industry is hitting the “climate package”, and on the other, there are numerous problems with the use of renewable energy sources. Poland pledged that before 2020, these sources would be 19,3% of all electricity produced in the country. Only wind farm investors received permits for the installation of turbines with a total capacity of 18 thousand MW, but so far have not reached even 20% of this level.

The August energy crisis ended in a curiosity: Poland bought electricity in ... Ukraine - poor, plundered and at war. Moreover, it was not without rattle in bilateral relations. First, the Ukrainian Minister of Energy rejected the Polish request, and only after intervention at the highest level was this resistance broken.

So far, Polish politicians have managed to patch the energy hole. However, this will not improve the well-being of many Poles, who after the summer heat will be anxiously watching the autumn rain showers, and then the winter frosts and thaws. After each slightly more intense such natural phenomenon in the country, hundreds of thousands of households are left without electricity! “Sorry, such a climate”, - these infinitely brazen words of the minister of infrastructure in the government of Tusk, who also went to work in Brussels, became a catch phrase in Poland.

Ctrl Enter
Noticed oshЫbku Highlight text and press. Ctrl + Enter
We are
The world we leave, the world we enter, and the world between themAbout Stalin and Khrushchev
81 comment
Information
Dear reader, to leave comments on the publication, you must to register.