And turtles can fly: Does the Iranian Kurds have a future? 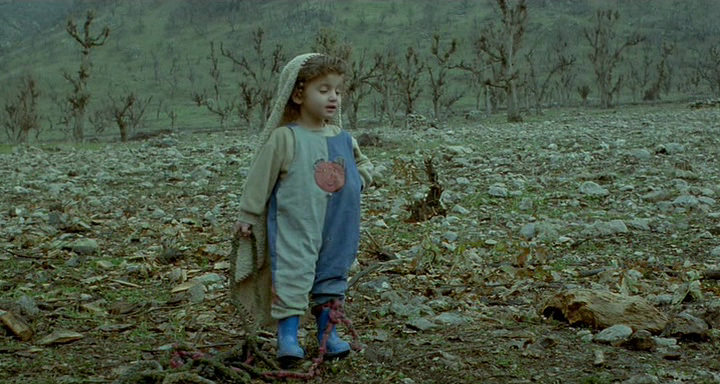 “And turtles know how to fly” is the name of the film of the same name by the Iranian director of the Kurdish origin Bachman Gobadi, who won the Berlin Film Festival award. The film is about Kurdish children abandoned to their fate, whose childhood will be remembered only by the tragedies of the Kurds and the terror of the Middle East. However, it is not a question of Kurdish cinema, but of Iranian Kurds and their political position in Iran.

In modern realities, the problem of the Kurdish issue is acute not only in the territory of Ethnic Kurdistan, but also in the format of the entire Middle East. The Kurds of Iraq and Syria over the past decade have become active regional players, and the Turkish Kurds have declared themselves primarily the activities of the PKK (Kurdistan Workers' Party). However, one of the parts of the quartered "Kurdish country" remains little researched by experts and poorly reflected in the media. What is the situation with the Kurds in Iran?

To begin with, the ethno-confessional structure of the republic will be considered. It is heterogeneous, Iran is the 16-st country in the world for the diversity of ethnic groups and languages. Persians make up about half of the country's population (51% -65%), Azeris (16-25%), Kurds (7%, for comparison, in Syria Kurds 8%), Lurs (7%) and others. Also in the composition are numerous ethnic and tribal groups (Assyrians, Armenians, Jews, Circassians, Georgians, mazenderantsy). Iran’s state religion is Shiite Islam, which is practiced by 89% of the population, 9% is Sunni, and 2% is Christian and Zoroastrian. Iran has the largest Jewish community in the Middle East outside of Israel.

Given the heterogeneity of the ethno-confessional composition, the state national policy is of significant importance. Before the Islamic revolution in Iran, the policy of the Iranian elites was based on the principle of “united Iranian people”, whose goal is to prevent separatist sentiments and preserve the territorial integrity of the country. Then there were changes in the Constitution of Iran: the term "united people" was replaced by a combination of "religious unity." From now on, Iran recognizes not only Shiite Islam, but also 12 monotheistic trends of Islam and other religions. At the same time, the fundamentals of national politics have remained unchanged since the adoption of the Constitution during the Qajar dynasty (Qâjâriyân, 1795-1975) - the Shiites rule.

Thus, the ethnic and state interaction in Iran is complicated by the following factors as ethnoconfesional diversity, diversity of languages ​​and dialects (in Kurdish, Persian and Azeri-Turkic), national policy in the context of “Persian supremacy”, and also features of the country's administrative division (Islamic Republic is divided Ostany (provinces), including religious, linguistic, national characteristics. Such a device plays a significant role in the process of integrating minorities into nsky people. "If in some ethnic minority Stop is 10-15% of the provincial population, the situation may well lead to a destabilization of the region.

The policy of “personalization” of minorities was largely the subject of Kurds (the third largest after ethnic Persians and Azerbaijanis). History remembers Kurdish activity in Iran. It was in Iran, Kazi Mohammed, that the sovereign country of the Kurds, the Mehabad Republic, was first created. She declared independence in January 1946 and was liquidated from outside in December of that year. Almost a year of independence and state self-determination, which the Kurds could not repeat. "Bye" failed.

Further, a comparative analysis of the Kurdish situation in Iran with the neighboring (pre-war) Syrian Republic and the identification of similarities, the results of which can be understood - that in the future can generate the Kurdish movement in the Islamic Republic.

I. Almost equal number of the Kurdish population in the country (7% of Kurds in Iran, 8% - in Syria).

Ii. The complex ethno-confessional composition of the population of the two countries. Syria is identical to motley: it is Arabs (86%), and Kurds (8%), and Armenians (2,7%); confessional structure is represented by Islamic and Christian groups, with a set of trends and trends.

Iii. The significant oppression of the Kurdish minority among other groups in the country. I.A. Chayko, a researcher at the Institute of International Studies at MGIMO (U) of the Russian Foreign Ministry, writes: “Syrian Kurds are one of the main and at the same time most oppressed national minorities in legal and cultural terms. For the Kurds, the most significant, compared with a religious or tribal, is their national identity. The rallying factor is the task of ensuring their rights and freedoms in Syrian society. ” Identical position and the Iranian Kurds. Among ethnic minorities of Iran, Kurds are most susceptible to inter-ethnic conflicts, described in detail Lana Ravandi-Fadai, Ph.D., Institute of Oriental Studies, RAS: “They live in a very small area, they have a poorly developed economy, few educational and medical institutions. The Kurds, unlike the Iranian Azerbaijanis, are experiencing political isolation, their presence in the political elite of Iran is very small. They are greatly influenced by the situation with the Kurds in northern Iraq and southern Syria. ”

V. Single possible prerequisite for war. One of the reasons for the war in Syria is the ethno-confessional conflict. The publication Israel Opinion believes that the ethnic war in Iran is only a matter of time. Indeed, Iran is “famous” for ethno-confessional conflicts: Iranian Azeris want to annex Azerbaijan to the republic of the same name, Kurds to turn Kurdistan’s province into autonomy Iranian Kurdistan, Baluchs want to join Pakistan, Arabs want to create their own independent state (Arab, Ahvaz or Persian Khuzestan) .

Based on the above-considered features of the Kurdish situation in Iran and the similarities with the Syrian Republic, it is possible to make a comprehensive result - what favors and what hinders the Kurdish movement in Iran.

First of all, the geographical proximity to Iraqi Kurdistan. With a possible escalation, Iranian Kurds will receive both militarized support and additional human resources. In addition, the general ideology of the fight against ISIS will become a rallying factor, as we know: people united by a common oriented goal will achieve far more significant results. The intensifying Turkish Kurdish movement (shaky peace agreements between Turkey and the Kurds have been thwarted) will provide additional support for the Iranian Kurds, and tensions between the Turkish and Iranian leaders will be another factor leading to a potential escalation of the Kurdish national movement in Iran.

Of course, there are obstacles. Firstly, according to Stanislav Tarasov, Tehran’s support of the Assad regime in Syria and the Shiite government in Iraq allows it to restrain the Kurdish potential for public education. Secondly, the bombing by Turkey of the border areas of Iraq, Iran and Syria under the “aegis of the struggle” against ISIL, which are mainly populated by Kurds, will lead to possible losses of the Kurdish population. Thirdly, the national policy of Iran, which often runs counter to the actual situation, was created with the aim of obstructing all separatism. In addition, the Iranian leadership is probably referring to the situation with the Kurdish movement in Iraq, Syria and Turkey, and will take the necessary measures, up to tightening the national policy.

For the first time, the Kurdish sovereign statehood originated in Iran. Given the national policy of Iran, it will, of course, be difficult to repeat. At the same time, Iranian Kurds, armed with the support of their neighbors brothers, given the difficult ethnic situation in the country and the conflicting regional environment, could well claim at least the economic development of their regions, mostly populated by Kurds, and at best the autonomy of these same regions. It is important unity, the trouble of the Kurds - their disunity. And then even turtles will learn to fly.

Ctrl Enter
Noticed oshЫbku Highlight text and press. Ctrl + Enter
We are
The role and importance of Kurds in the geopolitics of the Middle EastKurdish question in modern Syria
19 comments
Information
Dear reader, to leave comments on the publication, you must to register.