The National Interest: how China and Russia are going to crush American stealth planes

1 September 2015
48
The development of military equipment is always a cause for concern related to the success of others. Various news about the achievements of some countries lead to the emergence of various forecasts and estimates in the press of others. So, recently the American edition of The National Interest responded to recent successes of the Russian and Chinese industries.


26 August edition published an article by Zachary Keka on America's Stealth Aircraft ("How China and Russia are going to crush American stealth planes"). As is clear from the title, the task of the author was to determine the prospects for new Chinese and Russian projects, as well as to assess their danger for developments created in the United States.

The author of the article believes that both Russia and China are currently engaged in the development and construction of new unmanned aerial vehicles, which are intended to level the advantages of the United States in stealth aircraft. The reason for such conclusions were some publications that appeared earlier.

Z. Keck recalls that not so long ago the first photos of the promising Chinese UAV Divine Eagle became public. According to foreign experts, this machine, which has the capabilities of a long flight at high altitude, is designed to search, detect and destroy enemy aircraft at a small distance from mainland China. 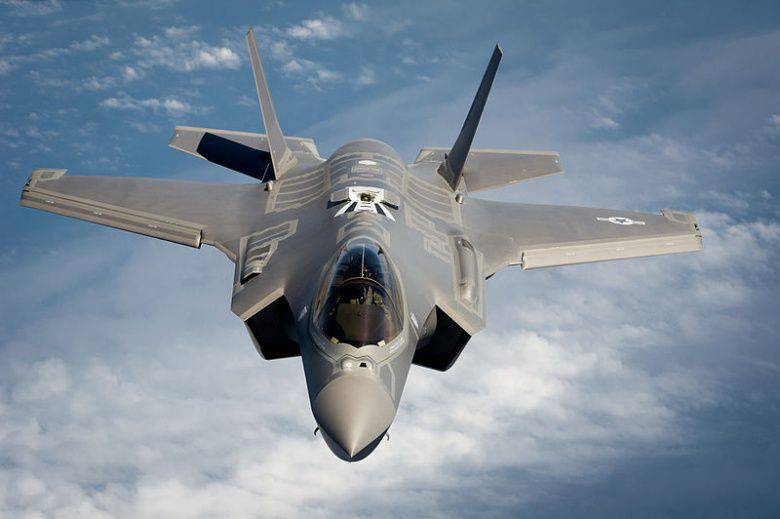 In May, Popular Science authors Jeffrey Lin and PW Singer, touching on the topic of a promising Chinese drone, expressed their opinion about this car. The new unmanned aerial vehicle, in their opinion, in the future can be used to destroy strike aircraft and warships. In particular, B-2 bombers and advanced destroyers DDG-1000 can become targets of this technology. By organizing the duty of new UAVs, the Chinese military will be able to effectively intercept unobtrusive enemy aircraft, missiles and ships. In this case, the line of interception will be far beyond the range of ground defense. In addition, new UAVs will be able to conduct reconnaissance. For example, when preparing for an amphibious assault operation, they will be able to detect and destroy coastal complexes with anti-ship missiles.

According to Flight Global, similar projects are currently being developed in Russia. In the course of the recent international aerospace show MAKS-2015, Flight Global journalists asked several questions to one of the leaders of the Radio Electronic Technologies Concern (KRET). Vladimir Mikheev said that the concern is currently working on the creation of a promising unmanned aerial vehicle.

According to the expert, the new Russian machine, which so far has no name, is to a certain extent similar to the Chinese Divine Eagle. In addition, some details of the appearance of this development were disclosed. So, for an effective search for aircraft built using stealth technology, the prospective Russian UAV will receive a low-frequency radar station. Most modern low-profile aircraft were built based on the use of high-frequency signals by the enemy. Thus, changing the radar range should affect the effectiveness of target detection.

V. Mikheev also spoke about the methods of reducing the visibility of the apparatus itself. So far, the nameless Russian car, as planned by the authors of the project, should receive an integrated system of electronic warfare with high performance. It is assumed that such equipment will create a "protective electromagnetic sphere", which will significantly increase the survivability of the drone. With the help of the EW system, it is supposed to protect the device from air-to-air missiles, as well as to reduce the likelihood of its detection by the onboard radar of enemy aircraft.

Such opportunities promising UAVs can be a cause for concern. According to Z. Keck, the ability to detect a stealth plane, but at the same time remaining invisible to it, is a "deadly combination."

In the meantime, disputes over the prospects for stealth technologies have once again intensified in the United States. Some responsible persons from the military department no longer consider them an indispensable attribute of a promising combat aircraft. For example, in February of this year, during the discussion of the requirements for a sixth generation fighter, a curious statement was made by the head of naval operations, Admiral Jonathan Grinert. In his opinion, stealth technology can be overvalued.

In his "accusatory speech," the admiral recalled that in addition to radar equipment for detecting technology, other means could be used. Thus, a plane flying at high speed can be detected by infrared radiation of reactive gases or even by the heat generated by the interaction of technology with air. At the same time, J. Greenert was not the first time criticizing the concept of stealth aircraft. So, in 2012, he showed the fear that the stealthness of the aircraft could be leveled by increasing the computing power of the detection tools.

Then, in his article in the Navy Times, the head of naval operations raised the issue of the prospects and further development of stealth technologies. The admiral did not say that the end of such technologies was nearing, but he noted the limits to which they approached. J. Grinnert offered to divert from the development of stealth technologies directly, drawing attention to other ways to increase the effectiveness of military equipment. In his opinion, greater attention should be paid to promising weapon systems with enhanced characteristics, as well as electronic warfare systems. Thus, the aircraft must be able not only to “hide” from the enemy, but also to take all necessary measures to timely neutralize the threat.

Z. Keck recalls the February publication of another journalist, The National Interest. In The 5, Most Overrated Weapons of War ("5 of the Most Overvalued weapons») Dave Majumdar touched on the topic of fifth generation fighters in connection with the latest Russian and Chinese projects. Both China and Russia are actively involved in the development and construction of new networked systems for detecting air threats. They include radars operating in the VHF band. Such equipment is able to neutralize all US investments in aviation technology of the last generations. D. Majumdar considers the main reason for this approach to the creation of stealth technology. In recent decades, stealth technologies have implied a decrease in visibility in the Ku, X, C, and S bands. Radars operating at other frequencies are capable of detecting subtle techniques.

The author of this posting on Stealth Aircraft China notes that supporters of the version about the obsolescence of stealth technology have not yet received wide support in military circles. Thus, at the beginning of the year, General Hawk Carlile, who holds the position of head of the Air Force Combat Aviation Command, answered the statements of Admiral J. Greenert. In his opinion, stealth technology still has a high priority. At the same time, the general noted that new projects cannot be built on mere stealth. A prospective aircraft also needs maximum integration into communication and control systems, must have appropriate armament, etc.

As we see, promising Chinese and Russian projects are a cause for concern for the US military and analysts. Information about these developments is extremely small, but even in this case they attract a lot of attention and can make the US military correct their opinion on the development of promising military equipment. How exactly the views of the military will change, and what this will lead to - time will tell.


This article is about China and Russia Stealth Aircraft:
http://nationalinterest.org/blog/the-buzz/how-china-russia-plan-crush-americas-stealth-aircraft-13708

Ctrl Enter
Noticed oshЫbku Highlight text and press. Ctrl + Enter
We are
Battle of technology: Stealth + AWACS vs Super-maneuverability + EWCombat use of unmanned aerial vehicles
48 comments
Information
Dear reader, to leave comments on the publication, you must to register.