August 31 2015
28
This week, Vladimir Putin will leave for an official visit to China to participate in the celebration of the 70 anniversary of the end of World War II. Against the background of the alleged absence of Western leaders, he is called in Beijing the principal guest of the most ambitious stories China's military parade writes Kommersant. 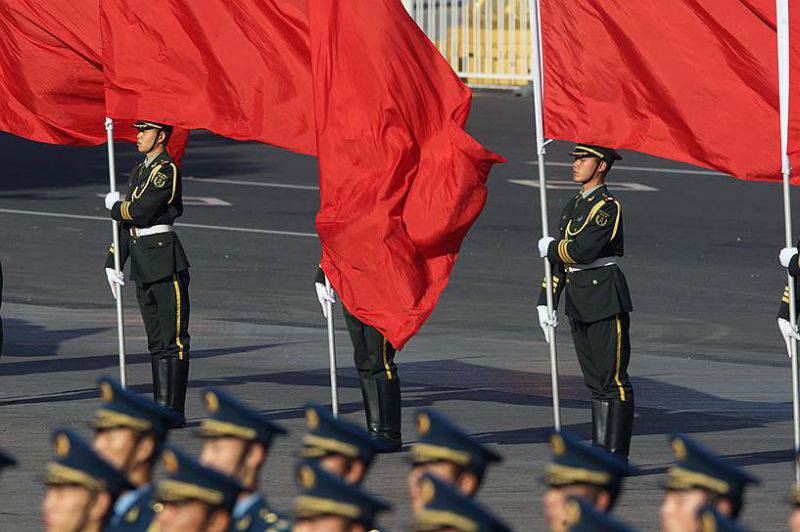 “Celebrations in the Chinese capital will in fact be a continuation of the May celebration of the 70 anniversary of the Victory in Moscow, in which PRC Chairman Xi Jinping took part. Among the representatives of ten military contingents of other states, mainly from the CIS countries, 85 soldiers of the Russian company of the guard of honor of the Preobrazhensky regiment will be held in Tiananmen Square. It is symbolic that the Russian military will close the parade in Beijing - just as a company of the guard of honor of the Chinese army closed the May 9 parade on Red Square, ”the newspaper said.

According to Kommersant, Putin’s visit is intended to demonstrate: Russia and China have a common view of the history of the Second World War: Chinese officials, veterans and experts recognize that Soviet troops played a decisive role in liberating the country from the Japanese Kwantung Army (China lost the war that continued on its territory from 1937 to 1945 a year, more than 35 million people) ”.

In addition to celebrations, both sides attach great importance to the contact of the leaders of the PRC and the Russian Federation. “This year will take a special place in the Russian-Chinese strategic partnership, which is reaching a new level. The contacts established between President Putin and Chairman Xi Jinping are a great rarity in the practice of interstate relations, ”said the deputy head of the Chinese Foreign Ministry, Cheng Guoping.

The main idea of ​​the current parade is “to send a clear signal to the outside world, first of all to the main opponents of the PRC: that weak China, which failed to defeat the Japanese imperial army alone, is in the past,” the newspaper said. The large-scale parade will be attended by 12 thousand military and a large number of equipment, 85% of which will be shown to the public for the first time.

According to the newspaper, “the highlight of the parade will be the female company of the guard of honor with machine guns at the ready. The uniform of the tall Chinese beauties became the caps with gold cockades, white tunics, white skirts above the knee and black leather boots kicked to shine. "

And the most famous participant of the event will be a Chinese sailor, who managed to stand during the training without blinking, 57 min. 24 seconds According to local media, "this was a world record, which surpassed the previous figure of the Australian Fergale Fleming in the Guinness Book of Records."

According to the publications, “the sailor who received the nickname Staring King (the Watching King) achieved his phenomenal success by hard training - he stood, without blinking, in the wind and under the scorching sun.” The PRC's official propaganda used the “peaceful feat of a sailor” to demonstrate “what reserves can open up in a person who is ready to serve the fatherland wholeheartedly in implementing the plan of the great Chinese dream proclaimed by PRC Chairman Xi Jinping”, concludes.

Ctrl Enter
Noticed oshЫbku Highlight text and press. Ctrl + Enter
We are
Azerbaijan hosted a military parade
28 comments
Information
Dear reader, to leave comments on the publication, you must to register.