The number of Ukrainian citizens returning from Russia to Ukraine has increased. The main reason - the beginning of the new school year

According to the Department of Emergency Prevention and Response of the Rostov region, for the last three days of August, 48 thousands of 593 people left Russia and Ukraine, and 40 thousands of 465 moved from Ukraine to Ukraine. The difference was 8 thousand 128 people. 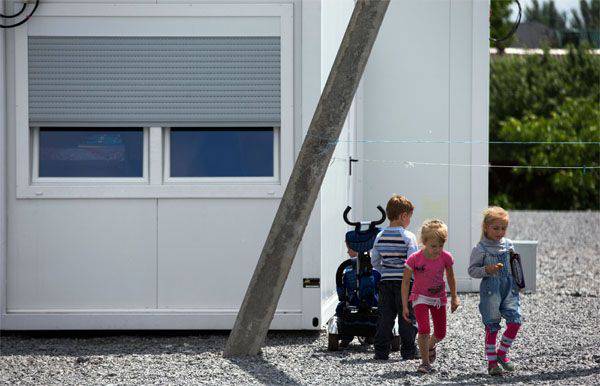 According to a Rostov official, there has been an outflow of the number of Ukrainian refugees with children trying to return to the Donbass and other regions of Ukraine due to the start of a new school year.

If you believe the reports of the Rostov statistics bodies, today there are about 32 thousand Ukrainian refugees in the Rostov region, of which about 1,6 thousand live in temporary accommodation camps.

Since March, 2014 has arrived in the territory of the Russian Federation and has not returned about a million citizens of Ukraine.

Ctrl Enter
Noticed oshЫbku Highlight text and press. Ctrl + Enter
We are
Civil Defense Day. Emergency forces are always ready to helpRussian Foreign Ministry: the number of returning to Ukraine for the first time since the beginning of the conflict has exceeded the number of people leaving
21 comment
Information
Dear reader, to leave comments on the publication, you must to register.