August 31 2015
122
In 2015, the Russian Ministry of Defense decided to abandon the purchase of reliable and unpretentious cars UAZ-3151, which are massively used in the Russian armed forces. And, as noted "Messenger of Mordovia", the UAZ-3163-103 with the appropriate name “Patriot” is considered as a candidate for replacement. 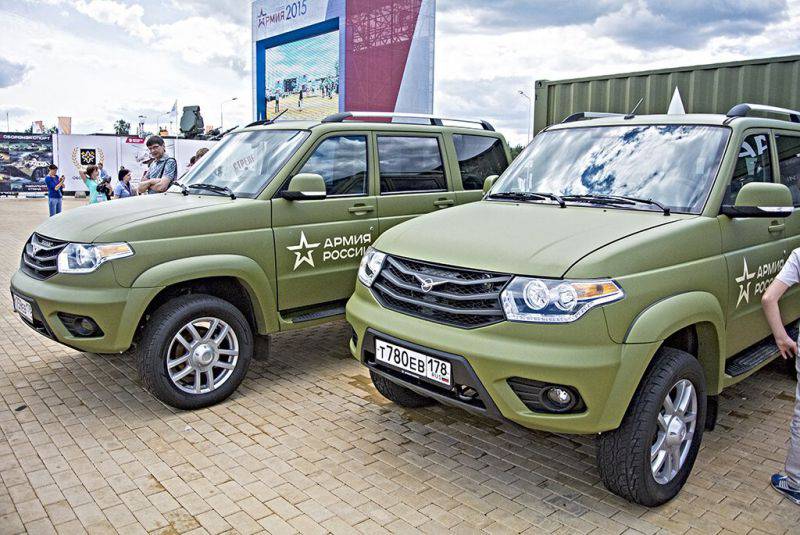 The Ulyanovsk Automobile Plant brought several variants of this vehicle with the 2015х4 wheel formula: an SUV, a vehicle for military traffic police and a pickup UAZ Cargo to the Army 4 forum.

All vehicles were modified according to the requirements of the Russian defense ministry, in particular, they received a reinforced spring suspension.

Ctrl Enter
Noticed oshЫbku Highlight text and press. Ctrl + Enter
We are
In Syria, the number of UAZ-3151 gantraks and ZIL-131 trucks increasesWhat will the next generation Humvee army car look like? (reflections in 16 photos)
122 comments
Information
Dear reader, to leave comments on the publication, you must to register.