In Russian media, there are major changes. 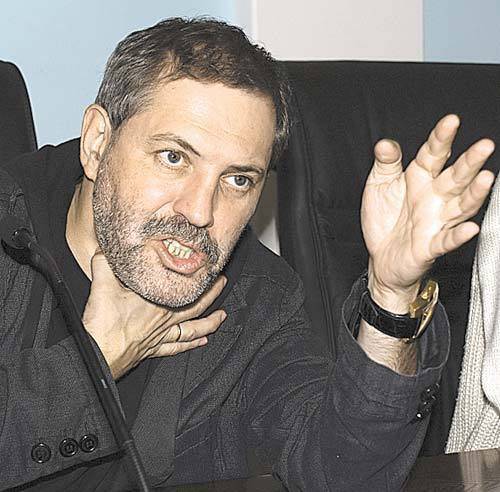 Bad news - the financing of the site "However" was discontinued, the editors of which went on indefinite leave. First, the magazine closed, now here is the site. No matter how anyone treats the left list in editorial policy and individual authors, the project itself is extremely worthy and important for the patriotic segment of the media. In fact, the only one so serious (thanks to the participation of Leontiev) and at the same time frankly anti-liberal. Was the only one. Now there is no him either - even though they have not physically closed it, and from time to time texts appear.

In general, the situation in the media is alarming - one gets the feeling that the financing crisis is beating mostly on illiberal media and personnel, while the liberal ones are getting out of the way. And this is at a time when Russia, in the conditions of a tough information confrontation with the West, needs a qualitative breakthrough in creating a sovereign information environment.

Yes, Timchenko was expelled from Lenta.ru and together with her her team of Russophobes. Yes, it’s hard for Novaya Gazeta and other NewTimes. Slightly blocked the oxygen "Rain" and try to smoke out with the "Echo" Venediktov. Liberal journalists who hate Putin constantly complain that they are being squeezed out and do not allow them to breathe, and the information policy of federal channels is recognized by the West as the main reason that the Maidan in Russia has no chance.

But there is a reverse trend. Closing "However," only one of its manifestations.
For example, Kommersant - since 2013, when the head of the publication appointed a state official who worked in the media of the ROC and the Ministry of Defense, to this day failed to change the information policy of this militant list of liberals: the power is terrible, the West is well done, it's time to bring out of Russia. The same can be said about Minkin with his yellow combat leaflet "MK", ​​in which pimps continue to advertise prostitutes, and journalists continue to be Snuffles, as in the country everything is bad because of the Crimea. Many publications seem to have recoloured in moderate criticism, but in fact remain liberal to the bone and are ready to meet Navalny with hugs at any time.

The TASS news agency, which was planned to revive under the old Soviet-imperial brand and make it one of the main levers of the Kremlin’s information policy, was turned into a place of salvation for top personnel from Kommersant and RIA Novosti Mironyuk. While the long-standing tassovtsy, not only the elderly, have undergone a total reduction and squeezing. After 3, it can be stated that the policy of general director S. Mikhailov, who had previously worked closely with Russian Railways Yakunin, is at least inconsistent. I do not speak more categorically, because although I worked in TASS, I do not have accurate information.

At the same time, the agency "Russia Today", having announced the alleged liquidation of RIA Novosti, is in no hurry to remove this brand. Yes, and meaningful changes are not as large-scale and unambiguous as we would like. Even Margaret Simonyan’s “Rush Tudey” is not as impressive as before - there are few new Russian-language products, armor-piercing information projectiles, the fuse has disappeared somewhere. The feeling that all the forces of the holding went to the creation of a network of international broadcasting "Sputnik", which, of course, is important, but not enough.

It is clear that in one sitting the situation in the media cannot be changed, no matter how much the authorities and the people would like - it is trivially not enough new personnel not brought up in the spirit of liberalism. But at the same time, it is impossible not to see that the media are sabotaging the Kremlin’s intentions to nationalize the information space on the part of top managers and editors brought up in the era of “beautiful 90's” and still hate power. They use their connections and slaughter all the central places of the rapidly narrowing information market, while new cadres who could qualitatively change the modern Russian media cannot even exist on the Internet site like "However."

I am sure that the Kremlin sees this state of affairs and is dissatisfied with it, which means that in the near future we can expect more radical and frank transformations in the media.

We are in Yandex Zen
A bit about patriotic education in Russia
Independent expert report "Putin. Corruption"
41 comment
Information
Dear reader, to leave comments on the publication, you must to register.