The blockade days of Antonina Eliseeva 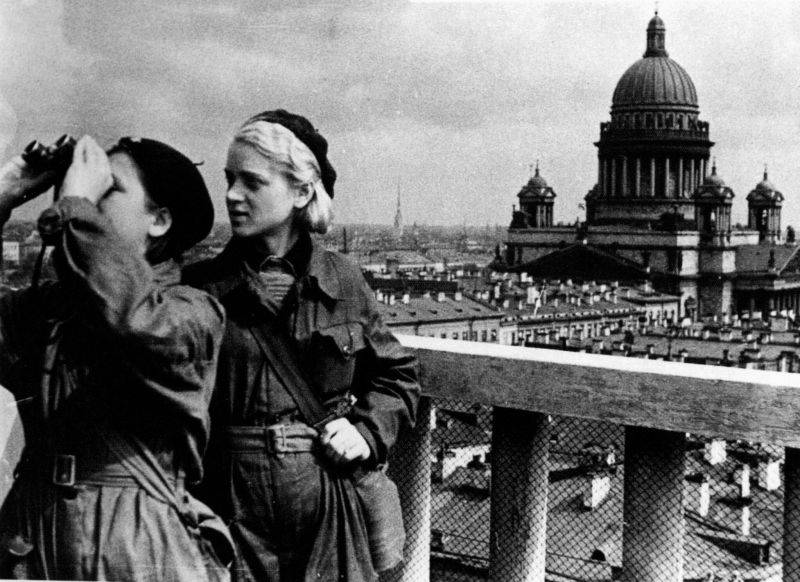 Morning of 22 June 1941 of the year Tonya Eliseeva, a fourth-year student of the history department of the Leningrad University, met at her desk. All night she was preparing for the exam. stories. And when I got ready to go to bed, a friend called and told me the terrible news of the war.

The bombing began immediately. When there was a threatening hum in the distance, Tonya, along with her sister and mother, ran out to the stairwell. Here was their "bomb shelter". Standing on the landing, they awaited the explosion with horror. Not yet accustomed to war, they did not understand that if a bomb would land in their wooden house, only chips would be left of it. Therefore, there was absolutely no point in hiding in the stairwell. But Tonya, her sister and mother understood this only six months later.

Exam on the history took place on time - 28 June. In August, Tonya already passed the general history for the fifth year, received a diploma and began working in the archival department of one of the museums.

Transport did not work from the first days of the war. On the streets there were lonely buses and trolley buses, as if they were waiting for their drivers. Here, it would seem, expanse to the boys - to play chauffeurs! But Tonya never saw an abandoned transport of children around. The fascists had already closed the ring around Leningrad, now the blockaded city was gathering its forces to stand in battle. And it seemed that everyone understood it, even the smallest of its inhabitants. Therefore, the children did not play in the streets. They also needed to save their strength.

Tony's road from work to the house ran past the bakery. Around him, the girl often stopped, trying to inhale more of the smell of bread. I wanted to constantly, the card rates all the time decreased. Here, near the bakery, more and more hungry gathered every day - mostly women with small children came. They behaved calmly, but it was clear: a delicious smell would one day make people mad. So it happened.

Once, passing by the plant, Tonya saw that their neighbor, Trofimov, had come out of the open gate. He worked here. Trofimov left empty-handed, but it seemed to someone from the crowd that he was chewing on the go.
- Thief! - came a voice. - You steal bread, and we have nothing to feed the children!

This exclamation spurred the crowd. Women in one minute seemed mad. They ran up to Trofimov, instantly knocked him down and began to beat him. He shouted something, but the women did not listen to him. Tonya also began to shout that it was their neighbor, that he was an honest person, but her voice was drowned out in the general turmoil. A policeman ran out at the noise, he tried to disperse the crowd, but he could not cope with it alone.

And suddenly, as if on cue, the children left by the women on the pavement roared. Probably the kids were scared by everything that happened. And the general insanity that rose in an instant, just in an instant, subsided. The recalled mothers threw Trofimov and ran up to their children. Beaten Trofimov somehow got up and, without saying a word, went home with difficulty ...

... Tonin's father Alexander Nikolaevich worked at the Lenkhimpishekombinat. He often brought home cranberry cake. These days in the Eliseev family were considered real holidays. The plant was guarded by dogs, but they also died of starvation. Then the workers took the dogs home. They kept a strict queue so that someone did not get more. Alexander Nikolayevich brought two dogs home during the blockade.

Winter 1941-1942-th year was fierce. There was no light, no water either. I had to walk on the Neva, to prick the ice. They were no longer afraid of the bomb rumble - they got used to it. Leningrad was bombed up to eight times a day.

One day, a neighbor said that Tonin's dad was lying on the street and could not get up. Tonya and her sister took a sled and went to look for him. Found, drove home, then to the hospital. But it was too late - hunger won life. And the girls took the dead father to the Piskaryovskoye cemetery. For the manufacture of the coffin it was necessary to give a monthly card for products. Therefore, Alexander Nikolayevich sewed into a sheet and lowered into the grave dug out by her daughters. Antonina Aleksandrovna didn’t tell about how two weakened girls dug this hole in winter.

In March, 1942-th brother Oleg died, who left to fight the enemy in the first days of the war, right from the rally at the metal factory. And Tonya decided to go to the front in the summer. However, the girl in the military registration and enlistment office of the Krasnogvardeisky district was refused. Then Tonya went to another military enlistment office, Frunze. And the next morning, taking a cup and a spoon, together with the other girls volunteers went to Ladoga. They did not send them to the front line, but appointed them to be responsible for food. It was necessary to count the bags of food in the cars and accompany them to the desired station. And here again there was a case connected with bread.

Once, at a station near the carriage, Tonya noticed a dropped loaf. By the standards of wartime it was almost unreal happiness. Lost loaf - you did not steal it, it was donated by fate itself! For a moment the hunger took its toll - Tonya grabbed the bread and thrust it over the floor of his overcoat. She had not yet had time to think about what had happened, when she suddenly saw a little boy. Apparently, one of the orphans, homeless, somehow contrived to go unnoticed.
“Aunt, give me some bread,” the boy asked. - I saw you have.

And Tonya remembered that incident at the bakery. I remembered the women who, in blind despair, had attacked the innocent Trofimov. They were blinded by the powerlessness of their hungry children. It became a shame: after all, she, Tonya, turns out to be a military ration, albeit a miserable one, but permanent. however, I was glad that the city would receive one less loaf ...

Tonya took out bread and gave it to the boy. And he ... broke off the top cover and returned the rest to her! I wanted to leave, but Tonya did not give. She left the boy with herself, and that evening he was sent to one of the orphanages. 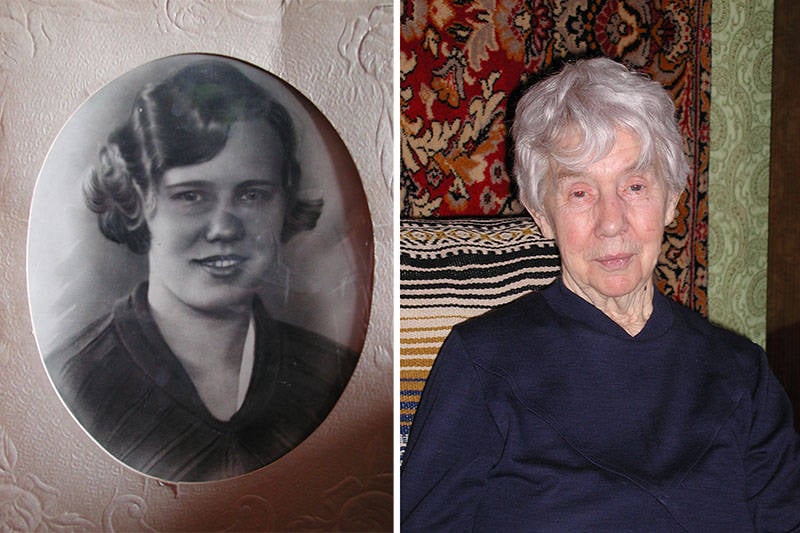 ... Antonina Alexandrovna survived the blockade. And after getting married, she left Leningrad for a long time. For many years she worked as a history teacher. And I must say, was a very good teacher. I never screamed and understood children perfectly.

Ctrl Enter
Noticed oshЫbku Highlight text and press. Ctrl + Enter
We are
Memories veteran KB-60MFather told
3 comments
Information
Dear reader, to leave comments on the publication, you must to register.