August 31 2015
13
Today, the Russian Federation borders 12 countries at sea, and the total length of its maritime borders exceeds 39 thousand kilometers, which is approximately equal to the length of the equator. The safety of these long maritime borders is ensured by modern coastal defense complexes, which include the coastal missile complex (DBK) with the romantic name "Ball". State tests of the complex took place in 2004, and in 2008 it was adopted by the Russian army. Currently, according to data from open sources, the complexes are armed with the 11th BRAV PRF (Utash) brigade, the 15th BRV PRF brigade (Sevastopol), the 72nd BRAV PF (Smolyaninovo) regiment, as well as the 46th separate BRV division Caspian flotilla.


The “Ball” coastal missile systems are intended for: control over territorial waters and pouring zones; protection of the naval bases of the fleet and other coastal facilities and coastal infrastructure; protection of the coast against possible landing operations of the enemy; protection of maritime communications; gaining dominance at sea within the missile strike zone. The combat use of the Ball Ballistic missile system is ensured both in simple and complex meteorological conditions during day and night hours with full autonomy of missile guidance after launching in the conditions of electronic and fire resistance from the enemy.

As noted above, Russia has a very long maritime border. And if the land frontiers of our Motherland can be covered with fortifications, a rational arrangement of parts of military districts, the deployment of reliable air defense and missile defense systems, and the provision of a sufficient level of mobilization potential in the event of a real military threat, then repelling an attack from the ocean seems more difficult unpredictability of the main strike. Anti-ship missile systems are costly for the Russian budget, and the army leadership rightly considers the saturation of their entire coastal line as an ineffective measure. In addition, all modern PPH is able to hold fairly large areas of possible breakthrough of a potential enemy. The solution is mobile anti-ship systems. Only when ensuring mobility such anti-ship complexes will be able to quickly appear in the places where they are most needed and quickly change the operational area, while remaining relatively invulnerable from retaliatory strikes from the enemy. 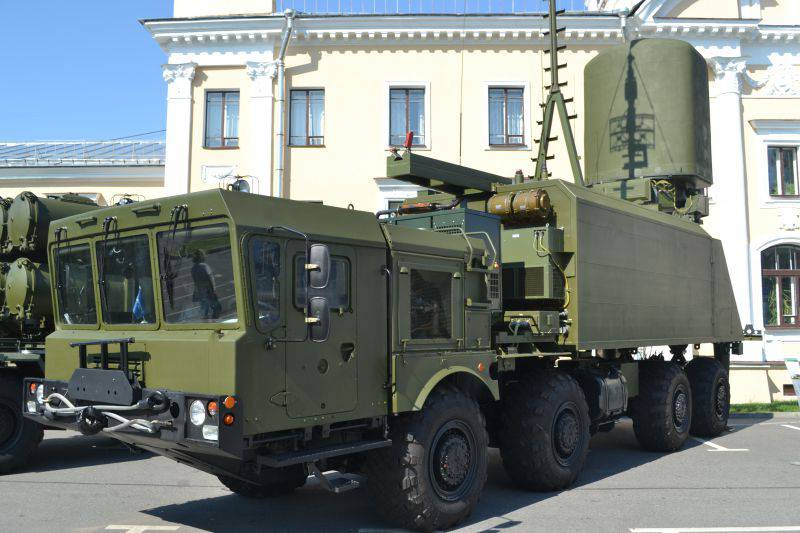 A similar mobile complex was created by the Moscow Engineering Design Bureau in cooperation with other domestic enterprises. KBM and earlier created similar complexes of previous generations, having accumulated rich experience in this field. In particular, the specialists of this design bureau previously developed the Rubezh mobile coastal missile system, which has been in service with the domestic fleet for more than two decades and is also being exported. The developments that were obtained by engineers during the development of the Uran ship missile complex were also useful. These systems can not be called obsolete, but the modern "Ball" refers to the missile complexes of the next generation. In its design, DB Ball takes into account promising trends in the development of technology already in the 21st century. Serial production of this complex, the state tests of which ended in September 2004, is carried out at the Typhoon plant.

The Ball anti-ship missile system itself is completely autonomous and mobile enough for its size. The complex includes 2 self-propelled command and control and communications centers (SKPUS), up to 4 units of self-propelled launchers (SPU) and, in some cases, transport-handling machines (SST), which allow the complex to produce a second volley. At the same time, the interval between the launch of anti-ship missiles at the Bal ballistic missile complex is less than three seconds, multiplying this by the standard 32 rocket launcher (4 SPU), we find that in more than 1,5 minutes of firing the complex is already ready for reloading and re-volley on enemy forces. The X-35 / X-35Е and Х-35У / Х-35УЭ anti-ship missiles are in service with the complex, the maximum launch range of which reaches 260 km. And in order not to fire a cannon “on the sparrows”, the complex implements the possibility of a single launch of cruise missiles at the enemy’s small tonnage vessels. This approach and complex ammunition saves, and reduces the risk of being detected by the enemy.

A full volley of the complex, including the 32 missiles, is able to ensure the disruption of the combat mission of a large ship attack group of the enemy, its landing party or convoy. And the presence in the complex of the TPM allows for a total of 30-40 minutes to carry out a repeated salvo on the enemy. The combat management system of the complex was implemented on the basis of the wide use of modern digital methods for transmitting all types of messages, processing messages, using automated communication systems, and classifying information with guaranteed resistance to possible hacking. The power supply of the systems of each of the machines of the complex in a combat position is provided by an autonomous or external power source. And the placement of all the equipment in protective posts installed on the chassis of off-road vehicles allows the complex to have high mobility and the ability to use it in conditions of radioactive, chemical, biological air contamination in the combat zone of the complex. 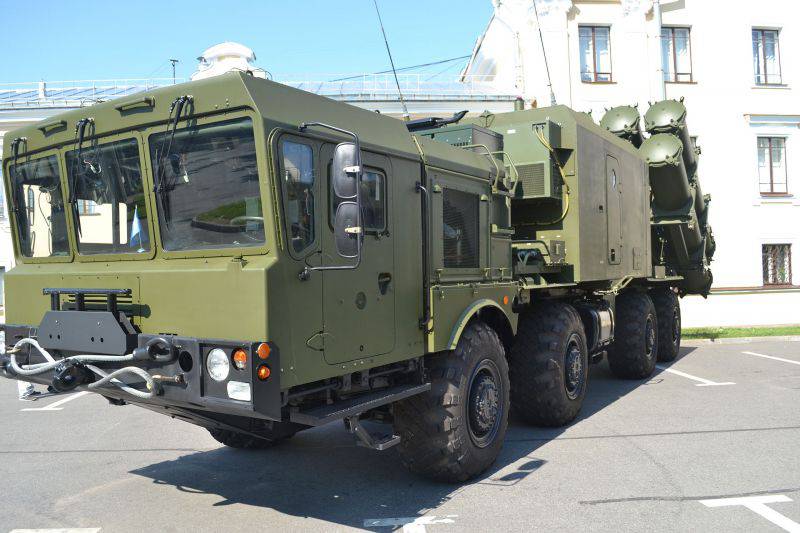 The presence of night-vision devices, navigation, orientation and topographic reference equipment allows the missile system to quickly change the starting position after solving a combat task, as well as to relocate to a new combat area. At the same time, the deployment of DB Ball at the new position takes only 10 minutes. The number of SKPUS, SPU and SST machines supplied as part of the Ball complex and the configuration of the complex is determined by the requirements of the customer. Instead of the standard chassis of the MAZ-7930 complex, it is possible to use chassis and other types, including a lightweight version of the complex, which would be characterized by increased maneuverability and maneuverability.

The scope of tasks of the self-propelled command and control command and communications center (SKPS) includes both radar reconnaissance and work with detected targets (including the detection of false targets), as well as the coordinate orientation of the complex on the ground and the identification of priority targets. The command post is responsible for the optimal distribution of the firepower of the complex. SKPUS machines (the complex includes two cars, they duplicate the functions of each other) are equipped with a retractable antenna system that allows you to operate from hidden positions, navigation equipment and self-interference, night vision devices. Also in the presence of repeatedly duplicated channels coded communication of high stability. Due to the presence of this equipment, the Ball anti-ship missile system is able to act with maximum efficiency and quickly change its deployment, taking up new combat positions quickly enough.

If the complex needs to change its place of deployment, it can accelerate along the highway to a speed of 60 km / h, it will take no more than 10 minutes to deploy to a new location. Pleases and the range of the complex without refueling - 850 km, which is very important, given the realities of Russia and its many kilometers of borders. This power reserve makes it possible to rationally locate the complexes, covering the territory of a large extent, or even locate the Ball Balk in the rear. 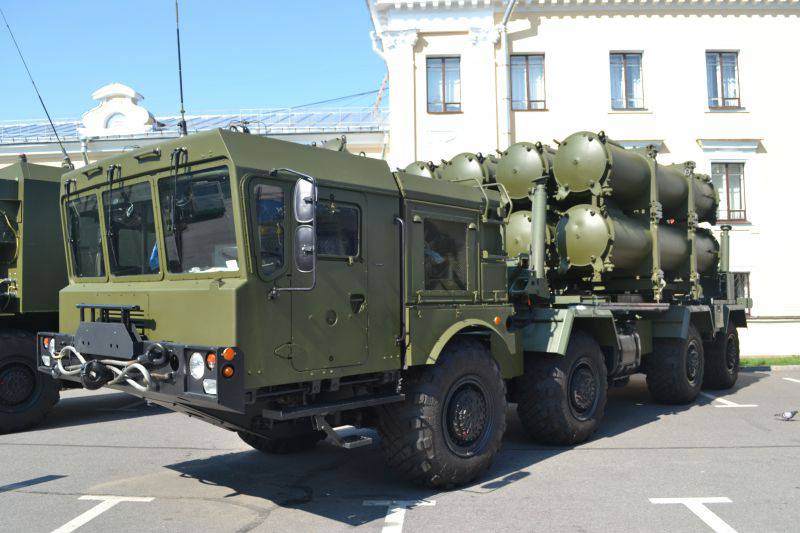 At the same time launchers and TPM complex can be placed in hidden positions, located in the depths of the coastline. And the secrecy of combat positions and the presence of natural and artificial barriers in the direction of firing do not limit the possibilities of combat use of the Ball complex. At the same time, the use of additional means of targeting on the basis of unmanned aerial vehicles and helicopters of the radar patrol is able to increase the accuracy and range of detection of surface targets. Also, the Ball missile systems can be equipped with equipment designed for the production of passive interference, which significantly increases the security of the complex from controlled weapons the enemy in the event of "dueling" situations. Considered by specialists and other areas of modernization of the complex and increase its combat potential.

The high effectiveness of the defeat of naval groups and individual enemy ships is ensured by the use of modern anti-ship missiles with active noise-proof homing head on the target in the final section of the flight path. As well as the possibility of firing both a volley and single missiles from any of the launchers of the complex in an autonomous control mode when receiving target designation from external sources and with centralized control. The complex uses anti-ship missiles X-35, which are designed to ensure the destruction of surface warships with a displacement of up to 5 thousand tons, as well as sea transports. Most of the modern amphibious assault vehicles can be destroyed by such missiles and fit into this tonnage. And for larger surface ships the BRK Ball can use salvo firing.

These missiles can be used both in simple and in complex meteorological conditions, day and night, in conditions of electronic and fire counteraction from the enemy. The extremely small height of the rocket’s flight trajectory, small dimensions and a special target targeting algorithm, ensuring maximum secrecy of the use of an active homing missile, cause a low level of visibility of the rocket and the possibility of its interception. On the marching section of the flight path, it flies at the height of the entire 5-10 meters, which is ensured by the high accuracy of the radio-altimeter mounted on the rocket. As part of the Ball complex, X-35 missiles are housed in special sealed transport and launch containers (TPK), which provide high reliability of the complex even in difficult climatic conditions with a low level of labor costs for their maintenance. 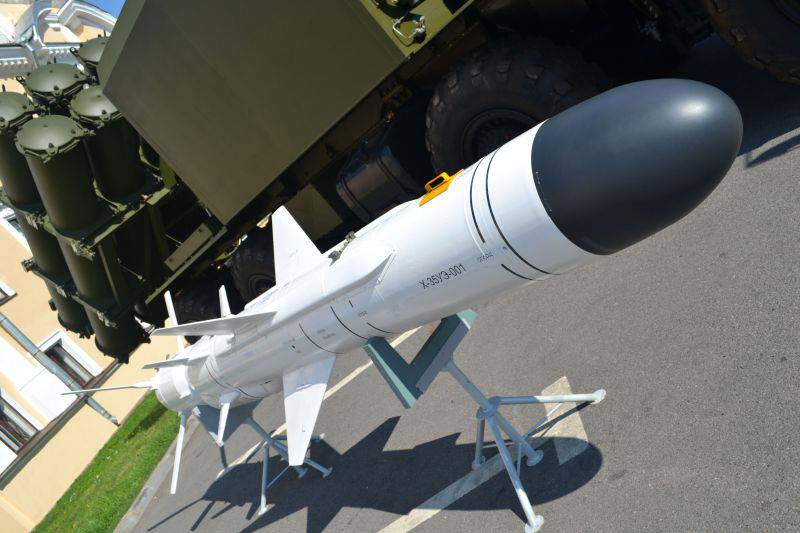 We are in Yandex Zen
Coastal missile complex "Ball": ground shield for coastal directions
Russian Navy does not need tactical coastal SCRC?
13 comments
Information
Dear reader, to leave comments on the publication, you must to register.