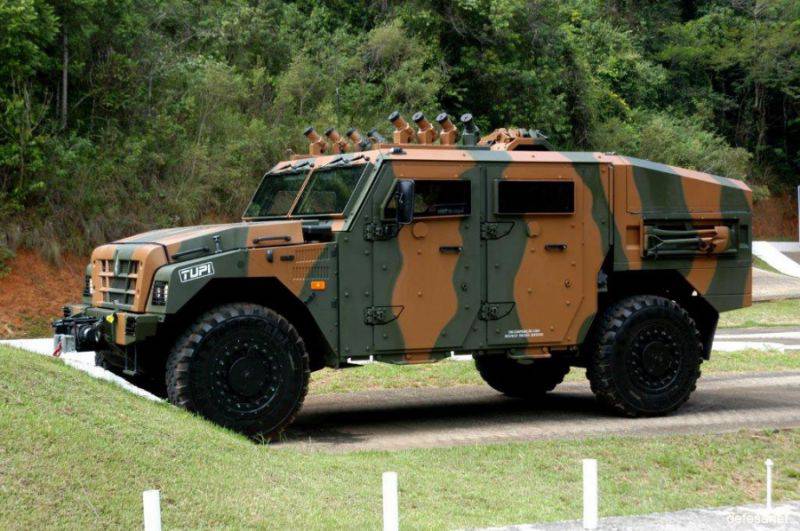 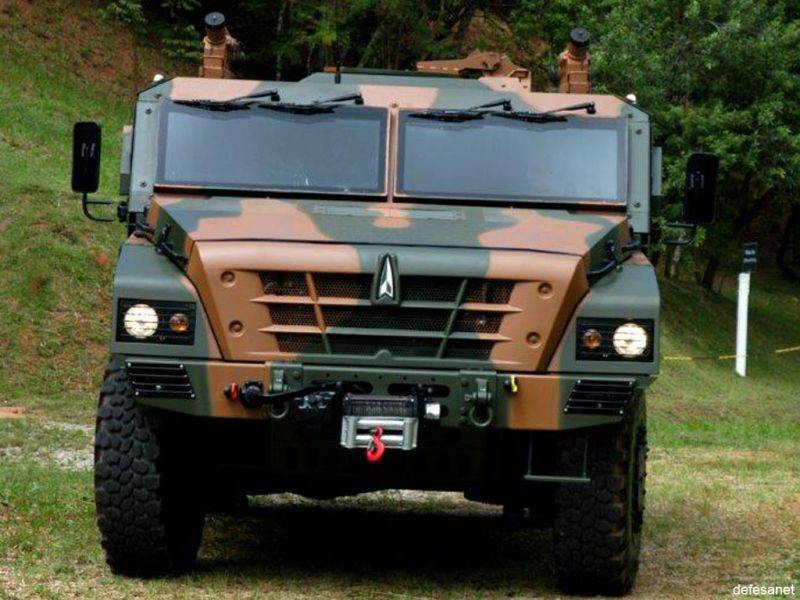 Avibras and Renault Trucks Defense jointly developed a light armored vehicle TUPI 4x4 for the Brazilian army. The car is an ideal platform for tactical tasks, such as patrolling, escorting convoys, transporting personnel, command and control, surveillance and reconnaissance.

This wheeled vehicle is one of two models selected by the Brazilian army for its Wheeled Multirole Light Armored Vehicle (VBMT-LR) multi-purpose wheeled armored vehicle program in July 2015.

Avibras and Renault Trucks Defense quickly and jointly designed and developed the TUPI 4x4 armored vehicle. The machine met all the requirements defined in the evaluation and acceptance plan, as well as the basic operational requirements issued by the Brazilian army.

Armored TUPI 4x4 will be manufactured under license from AVIBRAS at its new plant in Jacarei. The share of locally produced parts in close cooperation with Renault Trucks will be gradually increased. Machines of the first batch will have 32% of local parts, and by 2016, this figure will increase to more than 60%.

The car was presented to the CAEx center in April 2014. It successfully passed all the tests with the load increased by 40% as compared to the calculated one.

It is assumed that the first batch of TUPI vehicles will be purchased for urgent needs by the Brazilian peacekeeping contingent. The vehicles will be deployed to support the UN forces in Lebanon.

The design and features of the armored car TUPI

The car TUPI 4x4 is a modification of the Sherpa Light Scout, which itself is one of the options in the Sherpa Light family. The traditional layout includes the engine in front, the crew compartment in the middle part and the cargo / airborne compartment in the rear. The modular design allows for the installation of command and control systems, as well as other functional systems necessary for various options.

The spacious and ergonomic cabin accommodates five seats and another place for various equipment and equipment in accordance with the special requirements of the customer. The crew and assault forces sit and leave the car through four doors, two on each side of the hull.

The modular roof design allows you to take a variety of weapons systems, such as a simple turret for a universal machine gun and various models of remotely controlled combat modules, including the Brazilian REMAX with a 12,7-mm or 7.62-mm machine gun, and an automatic grenade launcher. In order to increase survivability, eight smoke grenade launchers are also installed on the roof. 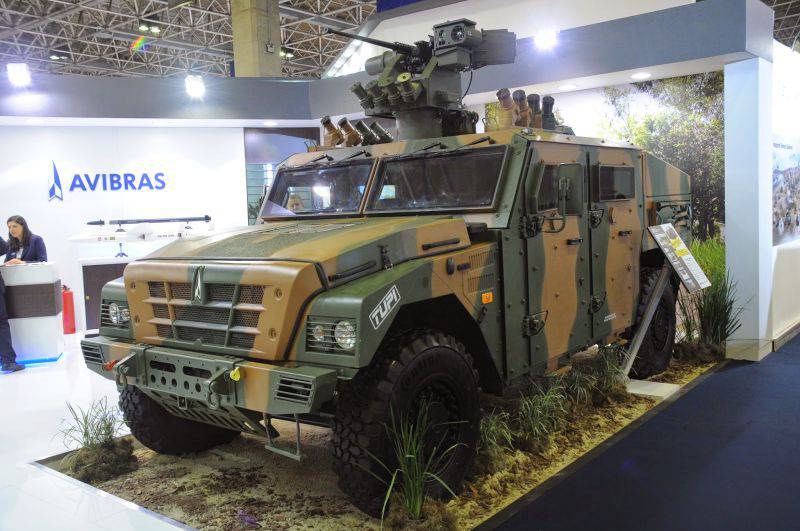 The base building may accept additional booking kits in order to protect against small-arms fire. weapons. Easy booking allows you to optimize fuel consumption and protects important car components. On the machine, you can install additional armor and anti-mine kits to protect the crew from ballistic, mines and improvised explosive devices. 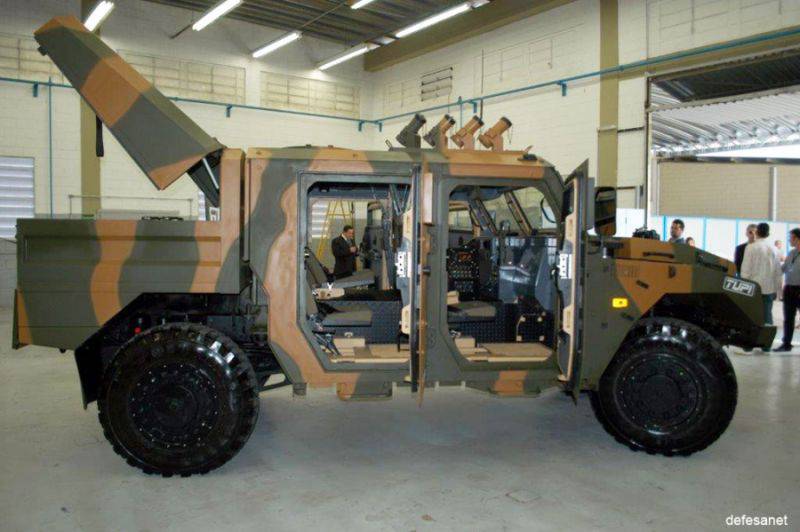 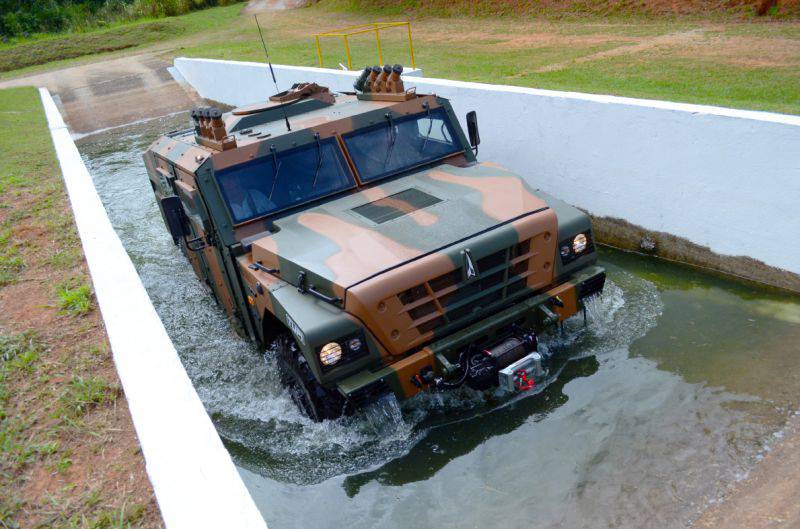