August 31 2015
5
In the foreseeable future, a new force should emerge in the Mediterranean region and in the Middle East. Under the pressure of the current situation, the League of Arab States (LAS) decided to create a rapid reaction force, in which the armies of all the participating countries will be represented. It is assumed that the emergence of a united army of the Arab League will allow you to more quickly and efficiently deal with existing adversaries, as well as respond to new threats.


The idea of ​​creating a so-called. The United Arab Rapid Response Force under the League of Arab States was voiced earlier this year. Events in Iraq, Syria and other countries of the Middle East and the Mediterranean require the creation of a tool that will help maintain order in the region and deal with various threats. For the time being, states are solving various security tasks on their own, using their armed forces. At the suggestion of the leadership of some of the LAS countries, in the near future, united armed forces should be created, which will include the military of all states of the League.

The proposal to establish a joint Arab army was first announced in February of this year. He was voiced by Egyptian President Abdel Fattah al-Sisi. In the future, representatives of several states of the Arab League discussed this proposal and came to the conclusion about the need to create a new armed group. At the end of March, the 26 session of the League of Arab States was held, during which members of the organization agreed to create a joint rapid reaction force. In the future, specialists from several countries began developing a plan for the formation of a new structure. 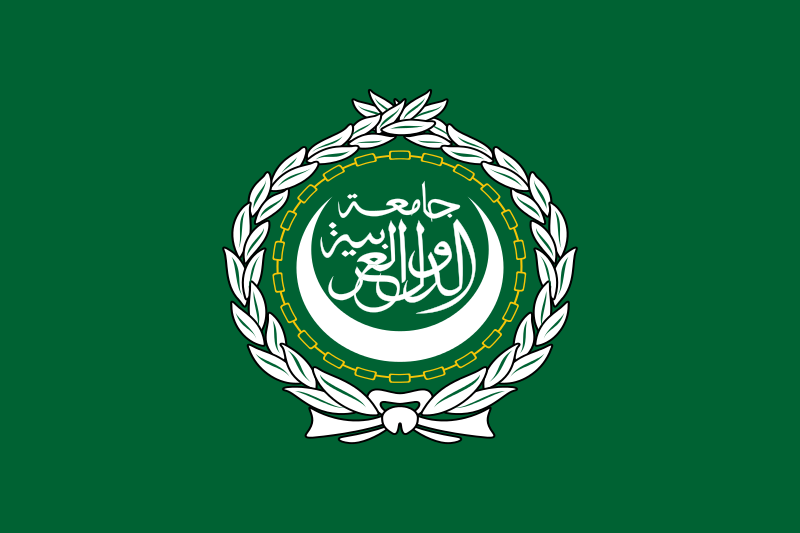 By the end of spring, the first plans became known, concerning the timing of the emergence of new rapid reaction forces. At the end of May it was argued that the United Arab Army could appear before the beginning of July. However, for certain reasons, there has been a serious time shift in the future. The signing of the founding document on the creation of a rapid reaction force has shifted by several months. Moreover, the agreement on the new army has not been signed yet.

According to the latest plans of the League of Arab States, the signing of a protocol on the creation of joint armed forces was to take place on August 27 at a special meeting in Cairo. A few days before this meeting, a number of states of the Arab League asked to postpone the event indefinitely. Thus, the formation of joint rapid reaction forces is shifting again. The new date of the special meeting and the signing of the protocol has not yet been named.

Earlier, information appeared on the alleged composition of the United Arab Rapid Reaction Forces. It is planned that the structure of this structure will be ground forces, air force and naval forces, as well as special forces units. The total strength of the combined army will reach 40 thousand people. Most of them, 35 thousand, will serve in land units and special forces. In addition, it is planned to create an air force with a number of personnel at the level of 500-1000 people and naval forces, which will serve up to 3,5 thousand people. The planned number of military equipment of various classes has not yet been named.

The official goal of the new armed structure is to ensure security in the region, primarily through participation in peacekeeping operations. Thus, a new rapid reaction force may be involved in establishing order in Libya or in order to combat the terrorist organization Islamic State, which is banned in a number of countries, including Russia. In addition, during the first meetings, during which the possibility of creating a common army was discussed, the Arab League officials took into account the recent events in Yemen.

It should be noted that an international coalition led by Saudi Arabia is already taking part in the armed conflict in Yemen. Thus, a number of countries of the League of Arab States not only have experience of cooperation in the military sphere, but also actively use it in practice at the present time. In this case, the planned establishment of the United Arab Rapid Reaction Forces will, to a certain extent, consolidate existing experience and existing practice.

Some features of the current political situation may lead to certain problems in creating joint Arab forces. Moreover, the League of Arab States has already encountered some difficulties. Despite participation in one organization, the LAS countries differ on a number of issues, which is why effective use of the new armed structure can be associated with serious difficulties. For example, one of the States parties to the rapid reaction force may advocate their use in some kind of conflict, while other countries may be against it.

Also, the Combined Rapid Reaction Forces may be the reason for a negative reaction from countries outside the Arab League. In particular, it is this reaction that can negatively affect the timing of the implementation of existing plans. So, RIA News quotes the words of the Egyptian political scientist Khaled Akash. The specialist draws attention to the fact that the August 27 meeting was postponed at the request of Saudi Arabia and some other members of the Arab League. According to him, some countries of the organization were subjected to foreign pressure after a recent meeting of the Arab League on the situation in Libya.

The situation, notes H. Akash, looks extremely strange. All preparations were completed, but after that the meeting was postponed indefinitely due to the need for additional consultations.
The expert concludes: the pressure on the Arab states is caused by the fact that some foreign countries do not want the emergence of joint regional armed forces. According to the expert, the main players in the region, the United States and Israel, can oppose this project.

If an Egyptian specialist was able to correctly determine the reason for postponing the meeting of the Arab League and signing the protocol, then the project to create a joint rapid reaction force faces serious problems that may take a long time to resolve. In this case, the real terms of signing the protocol and the beginning of the actual creation of joint armed forces is almost impossible to predict. If you can sign all the necessary documents by the end of the year, then this can be considered a great success.

The shift in the timing of the start of the formation of a new organization may have positive consequences. LAS gains additional time to discuss a number of important issues and to elaborate the main features of the future armed structure. Thus, the leadership of the participating countries will not have to solve important issues already during the creation of the rapid reaction force, which will simplify and speed up the implementation of basic work.

Ctrl Enter
Noticed oshЫbku Highlight text and press. Ctrl + Enter
We are
The armed forces of Syria on the eve and during the uprising in the republic (2011 — 2013)Turkey vs Syria: the balance of power
5 comments
Information
Dear reader, to leave comments on the publication, you must to register.