Your lot is the burden of whites?

For hard work send
To the distant seas;
For service to the conquered
Gloomy tribes,
To the service of half-children,
And maybe - devils!
"The burden of a white man" R. Kipling

To begin with, Kipling wrote these lines, referring not only to Britain and the English itself, but also to all those who, by their labor, raise to their level those who still have a low level.

Not so long ago, an article by Ksenia Vdovikina “Penziak visited a non-existent country” was published in the Penza newspaper “Young Leninist” and since the popularity of the VO and ML website is incomparable, I wanted to expand its readership, so to speak, in my own words. It was about how a resident of Penza, Pavel Votchintsev, went to Somaliland as a volunteer. There, as part of the program of American businessman Jonathan Starr, in the country's capital city of Hargeisa needed to open ... a boarding school of high technologies. In the group with my countryman, two more Russians, two Canadians, ten Americans, a Brazilian and an Englishman, went there. 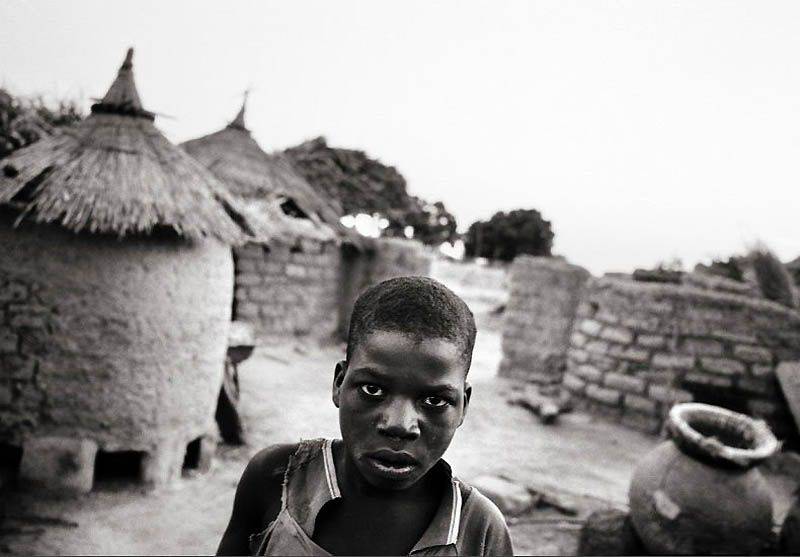 In his time, the Polish writer Janusz Korczak, who died in the Hitler gas chamber, in his wonderful book “King Matt on the desert island” wrote that there are caring people with a warm and kind heart who believe that their goal is to help others. So, probably, all these people were just like that (and it pleases!), Although it is quite possible that someone went for money or adventure, and ... there is nothing reprehensible in this either. “All works are good, choose for your taste!” Someone selects and treats stray cats, someone teaches blacks - who likes what!

Our volunteer had to not only open the faculty of software there, but also whom not to work - well, well. He went there (as well as others) under the protection of a personal machine gunner with a Kalashnikov. Usually, such security - and in this unrecognized country, as if a non-existent country is impossible for a white person without security with a machine gun, - costs 100 dollars a day, but participants in the program have been given out machine gunners for free. Wherever you go - the guard follows, when you need and how long you have to wait, and that is right if life is dear to you. Well, the wallet too.

Feeding, even according to the American program, was not so easy. Pork is not eaten there - all Muslims. There is no beef, because there is no place to graze cows. Verblyuzhatinu (ugh!) Sent to export (I never thought!). Well, everything else is simply impossible, it’s impossible to buy anything on the market either, because we have a cleaner cleaner in our street closet.

And our dear penzenets ate fresh tortillas with bean paste, flavored with red pepper and pate in tuna cans. Water ... with water is even worse! They pump it from wells, clean it at a Soviet-era cleaning station, then bleach it into the pool and interfere with the stick - “the drink is ready!” But even with bleach it is not allowed to drink it raw. Although the Americans were warming it up a bit and ... drinking! Apparently in school they had bad biology and physics. After all, heat and boil these things are different! So Zadornov in their attitude here as rights!

God forbid getting there in the hospital. Everything is miserable, but stocks of dust-covered packages with syringes sent in humanitarian aid will last long. Treat - as God put on the soul. They can put a cast on an open fracture, without treating the wound! Why? Local and so get away!

Money in this "country" is considered kilograms - this is the level of inflation. And the prices are as follows: for one American dollar you can eat at a diner and buy a cartridge for a Kalashnikov! Since nobody wants to carry purchases for a kilo of money, all payments are made through mobile phones. That's how it is! At home in Russia, we are clearly lagging behind! The seller calls his "ah-di", you enter it into the phone, and the money is debited from the account. Bibicked the phone from the seller - you paid! Even the bus tickets so buy. At the same time, people cannot count in their mind how much 2 + 2 will be. But then all mobile phones. And how they use them our volunteer did not guess this riddle!

However, the locals somehow do not really suffer from this. Moreover, nobody especially works there, and sheer parasitism is the norm of life. Just all run the tribal clans, of which there are eight. And so they divide everything and give every man 40 dollars a month. He receives as much in the form of a salary, that is, he has enough food to eat twice a day, and he doesn’t need more. None of the locals went to 150 dollars for the post of secretary at this very high-tech college. “We have to work!” There was one enthusiast from Saudi Arabia, so how long is it enough for him there? The clan decides everything, supports, so what to strain? Such a mentality there, which these same volunteers - in my opinion, it is not clear why - decided to overcome.

And ... overcome! At first one socket was for the whole class - they made a computer network. They trained 50 students, including 18 girls, which is nonsense by local standards. But in the end everything ended with the fact that 13 graduates of this college received scholarships in universities ... USA. “And their number is growing every year!” The volunteer told the ML happily. Of course, there is a reason for joy, although personally I would prefer to see them in our Penza University, studying for money from their government - at least some of our country had a benefit. But no - they went to study in the United States. There, again, they will feel like second-rate people. With affection, they will remember their childhood in a reed-drenched clay hut, where 20-30 people sleep side by side on the floor, and they will never be more equal than 100% Yankees! “My village is a dream to me, my homeland cannot let go!” - it was written about our people, with the same mentality for Russia, whose age is calculated for more than one hundred years. And what's in there? Clans? "Kalash", vorivshuyusya flesh and blood of parasitism? In the States, this was not achieved in 150 years. Many blacks still do not work today, explaining that their ancestors were slaves. Century sociologists determine the life of three generations. So how many generations ago were the ancestors of this man slaves? And then ... I graduated from the college under the “brain export” program and immediately changed my psychology? It's funny to even talk about it.

With desire and patience, as they say, you can even teach a hare to smoke, but what pleasure will it give him? After all, how many volunteers from around the world have already been to Africa and what have they done well? Were you able to prevent an Ebola outbreak? Not! Were you able to eradicate the custom of male circumcision with a stupid razor or hunting knife and female clitoria in the local tribes? Not! Overcome the custom to knock out teeth when initiating - also not. Finished with wars, hunger, mass illiteracy? Someone will say that they are few and that they are given little. No - they are very many, and give them a lot. So, the local regimes do not take the same “humanitarian aid” in the line of fighting hunger: “Food with GMOs!” Do you want to pick and choose?

Of course, considerations of humanism seem to demand that all people be raised to our level. It is known that only 24% of the adult population of Burkina Faso, for example, can read and write, while the number of literate women is almost two times less than that of men. Well, let's make them all literally polls ?! And they will come to us in gratitude and ... destroy our culture!

We see today the consequences of the civilizing mission of the West on the example of Europe. The masses of migrants with cell phones cross its borders and ... destroy its economy and culture. There are too many migrants and they multiply too quickly compared to the local white population. At the same time retain their own culture. They do not want to adopt the local culture, and they are in their own right. But what is this about the locals? Well, as a result, again an excerpt from Kipling: Bear the burden of whites, -
And let no one wait
No laurels, no rewards
But know, the day will come -
Wait for you from your peers
You are a wise judgment
And weigh it with indifference
He is your feat then.

And the question is: did anyone wait for the “wise judgment” from the inhabitants of the African continent? For the most part, Africans look at Europeans in a consumer, no more. And here's another thought: if I go somewhere as a volunteer, then the best way is to us, to the North, or to the Far East. There, too, there is where to bear the "burden of whites", and there our land!

Ctrl Enter
Noticed oshЫbku Highlight text and press. Ctrl + Enter
We are
"White Czechs" on the streets of PenzaMy grandfather's front-line letters (part 2)
27 comments
Information
Dear reader, to leave comments on the publication, you must to register.