About "Panther" and strategic eggs in one basket

August 29 2015
50
First about the good. As it turned out recently, the gondola of the device for setting and retrieving a flexible extended towed hydroacoustic complex antenna (UPV GPBA GAK) on the recently published Tigra photo portrait (ref. 1), still belongs to Panther. In another photo from b345 (forums.airbase.ru), taken in the same place at the same hour, this is clearly visible. The hydrodynamically perfect shape of the PLAC Project 971 by inexperience can only be confused with the 671RTMK, but the elongated ("limousine") fencing leaves no doubt that we have before us the only naval "Pike-B" of the Russian Navy and one of two or three combat-ready cruising nuclear submarines of the Red Banner Northern fleet. 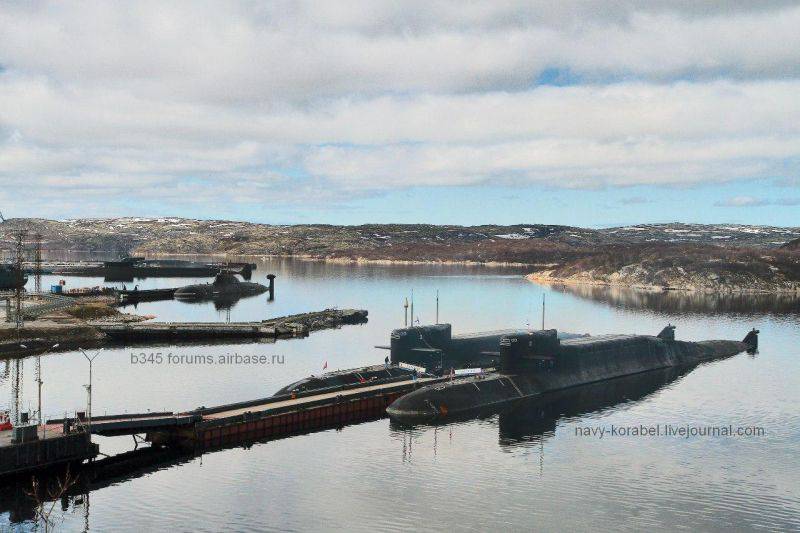 Now about the sad. Being in the base of five SSBNs is also suggestive. Assuming that one of the seven strategists of the Federation Council is still on combat patrol ("Tula" is under repair at Zvezdochka "), the KOH of our northern group of NSNF is only 0,14 (instead of the desired 0,33 or close to the ideal 0,5). On the one hand, this may not seem so important: when launching an SLBM of the R-29RMU2 “Sineva” 11500 km (link 2), to Washington - “only” 6740 km, and to San Francisco - 7950 km, while that all its ammunition BDRM able to release the "queue" for 3,5 min. (14 seconds between launches, as during the legendary operation "Behemoth-2" in 1991. - link 3). That is, if a nuclear strike is delivered from the US territory to the Russian Federation, the 15-20 flight minutes of the American ICBMs (with v = 7 km / s) of the 31-th division in combat duty will be enough to shoot at answer.

On the other hand, one of the potential enemy SSBNs can patrol somewhere in the Danish Strait, 2300 km from Gadzhiyevo - at the minimum launch distance of the Trident-2 (*) (5,5 min. Flight of the SLBM). In this case, the 50% of the naval component of the nuclear triad of the Armed Forces of the Russian Federation will be destroyed by a single warhead purely preventively (two short minutes is hardly enough to make a fateful decision about a nuclear response). For complacency, you can, of course, look for excuses in the absence of a threatened period (by relying on the SVR) and in readiness to quickly go to sea if something happens (taking into account the average repairs and VTGs completed and staffing on a contract basis). However, it will be much better to think about raising KOH and at least some dispersal - instead of crowding in one OPB, almost tied to the board to the board (almost like in Pearl Harbor). Relaxation is a treacherous lady, abuse of her by anyone and never lead to good. ■

(*) The minimum launch range was kindly suggested by ak_12. 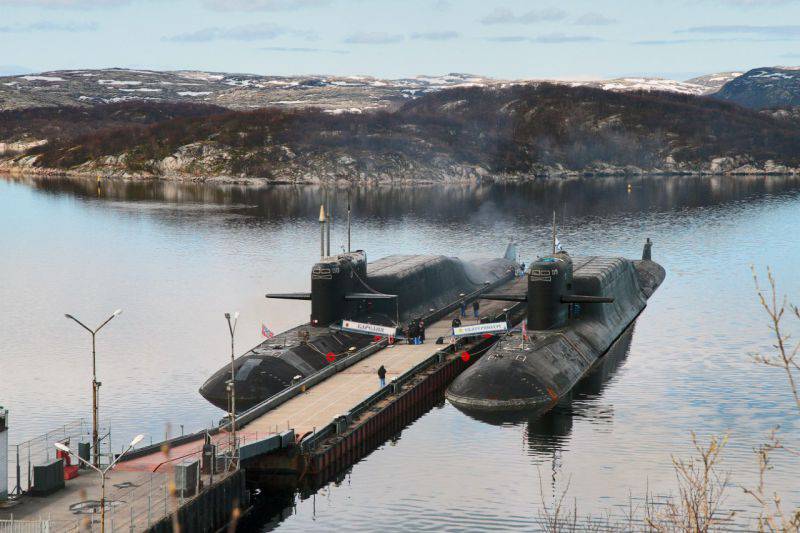 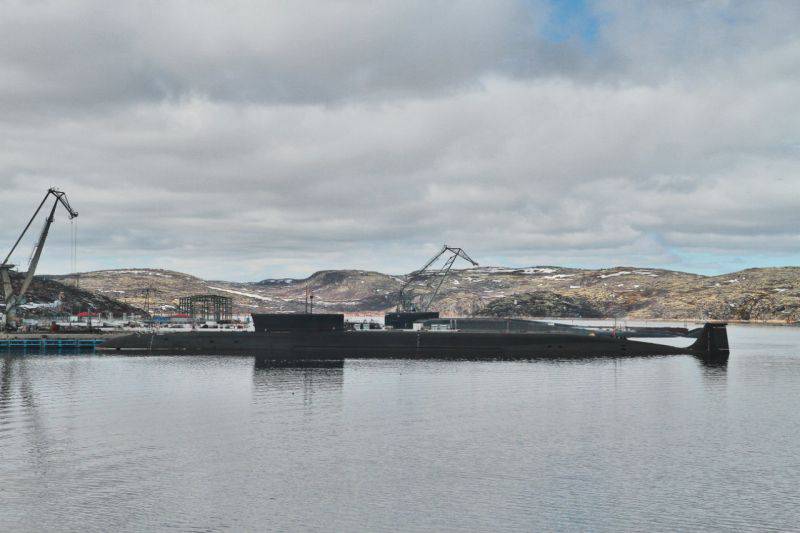 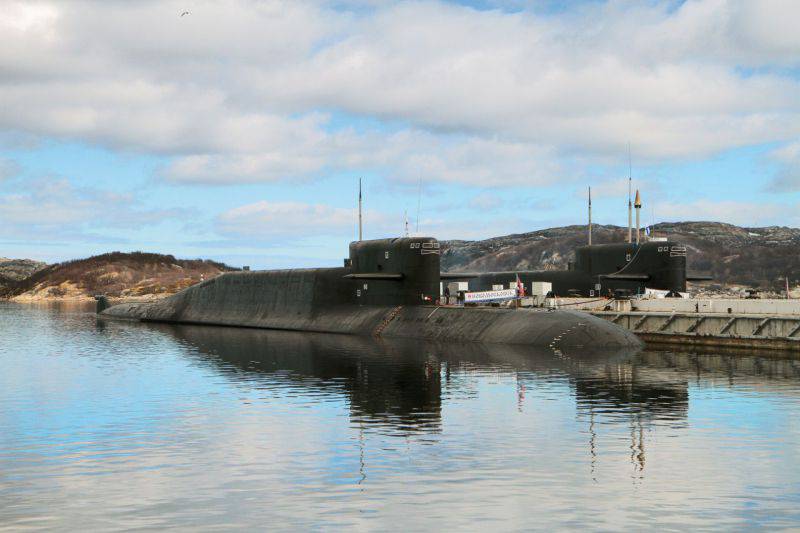 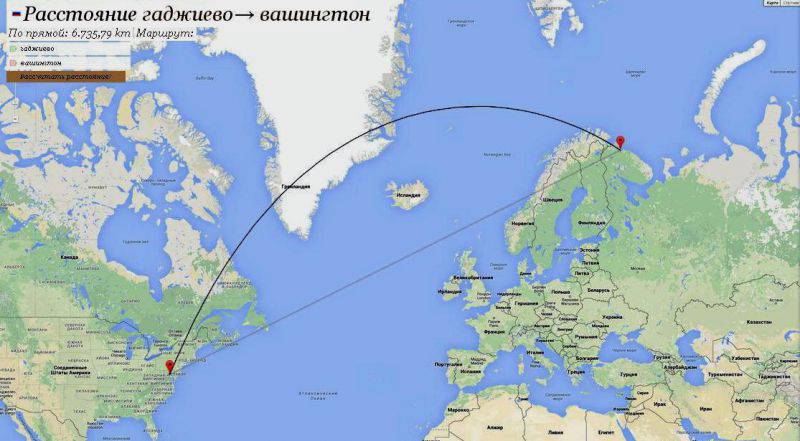 Ctrl Enter
Noticed oshЫbku Highlight text and press. Ctrl + Enter
We are
Ships of repair, reserve and conservation of the Russian NavyAtomic torpedo and multipurpose submarines. 971 project
50 comments
Information
Dear reader, to leave comments on the publication, you must to register.