Is there any hope for launches of manned spacecraft from the Vostochny spaceport?

August 25 2015
82
The draft of the Federal Space Program for 2016-2025 for years turned out to be in government departments and some of its provisions became known to the press. Perhaps the most important thing in the FKP, which draws attention to itself, is the revision of the program of manned spacecraft launches from the Vostochny cosmodrome. As is known, the first launch of a manned spacecraft from a new launch site in the Amur region was planned for 2018-2019. The corresponding plans were designated 8 years ago, and it was planned to use the Rus-M rocket, the plans for which to develop were curtailed at the time, to put a manned spacecraft into a near-earth orbit. After the roll-out of plans to create a launch vehicle, Rus-M decided to use the Soyuz launch vehicle available. Now these plans have changed ... 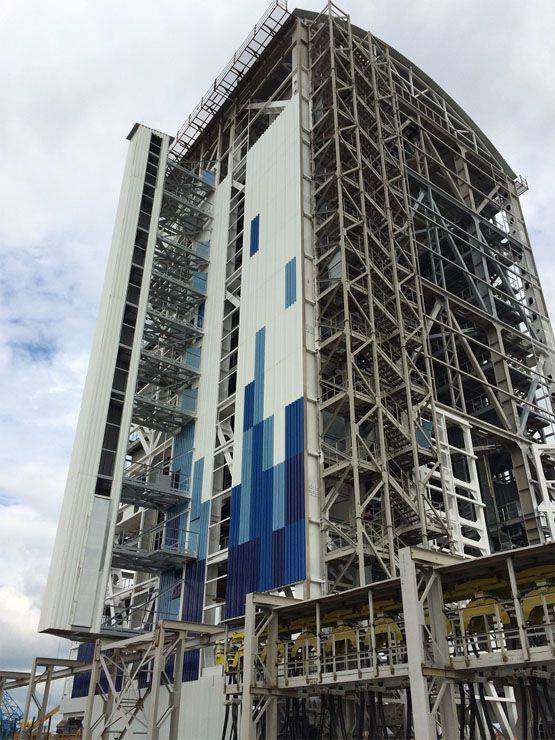 “Roskosmos” suddenly decided that launching a manned spacecraft from a new cosmodrome on an “old” rocket is moveton ... Therefore, a program came to the government stating that it is better to wait for the moment when you can use the new rocket - “Angaru-А5В” ".

The Angara-A5 is a class of Russian missiles developed at the Khrunichev State Research and Production Space Center. The starting weight of the Angara-A5 is about 770 tons. The launch vehicle is capable of delivering loads of up to 24,5 tons to a low reference orbit and up to 4,6 tons to a geostationary load. It is reported that up to 2021, as part of the flight tests, it is planned to make three launches of Angara-A5B missiles.

Based on the test plans of the Angara-A5B rocket of the Khrunichev State Research and Production Space Center, it can be concluded that if the launch of a manned spacecraft from the Vostochny cosmodrome takes place, it will not happen before the 2021 mentioned above. In 2021, tests of both the carrier rocket itself and the manned spacecraft adapted for the Angara end. If you refer to the plans of the Khrunichev State Space Research and Production Center itself, it says about the possibility of the first launch of the Angara-A5В launch vehicle in 2023 (the program should be implemented without a hitch). It turns out that plans for launching a manned spacecraft into a near-earth orbit from the Vostochny cosmodrome are shifted by at least 5 years. At least ... in the newspaper "News" There was a material in which it is said that the first launch of the spacecraft with astronauts on board from the Vostochny cosmodrome will take place not before the 2025 of the year.

So, the situation is as follows: the space exploration program has to be redrawn a second time. The first redrawing concerned the rejection of the development of the launch vehicle "Rus-M" in connection with the financial problems of 2011 of the year. The development of the launch vehicle was handled by TsSKB Progress. 4 a year ago it turned out that there were not enough funds for the implementation of the project of a rocket for the tandem scheme (a preliminary estimate of the project cost - 250 billion rubles), and therefore the project was “temporarily” frozen.

About a year later, Rus-M was taken over again, but then it was announced that the launch vehicle being developed was in many respects similar in its parameters to that developed by the Angara. Like, why develop two missiles with repeated "options", if you can focus on one - on the "Angara". They focused on one thing, in August 2015 completely abandoned the implementation of the Rus-M project.

In this regard, at least two questions arise: what prevented the conclusion about the "similarity" of the missiles earlier, and how to deal with the funds already spent on the implementation of the Rus-M project? And the amount spent on the development of the launch vehicle "Rus-M", according to Media data amounted to more than 1,6 billion rubles. In modern times (although why only in modern times? ..) is an inadmissible luxury of scattering such impressive amounts, especially since these amounts were allocated for industrial developments and space exploration.

Now - new changes in the program. Along with the refusal of the development of "Rusi-M" we have to talk about the transfer of the first launch of a manned spacecraft from the Vostochny cosmodrome, justifying it by the fact that it is meaningless to use the "old" Unions "and that you need to wait until the end of the development" Hangars-A5В. It’s certainly possible to wait ... But in connection with the above-mentioned changes in the space program and financial problems, is there any guarantee that tomorrow there will not be a waiver from the hangar creation program with the manned spacecraft integrated with it? After all, if in 2011 a shortage of funds was announced, then nothing prevents us from referring to the same problem today. Does it not turn out that soon it will be announced at all: “why do we even need to launch manned spacecraft from Vostochny ... And why do we even need this Vostochny? ..”

By the way, about the cosmodrome itself, or rather, about the process of its construction.

21 August, the prime minister of the Russian Federation visited the construction site. Dmitry Medvedev, meeting with the builders, as well as "walking" on several objects, the construction of which is in the final stage.

Dmitry Medvedev at a meeting dedicated to the construction of a new cosmodrome, said:

"East" is important not only in terms of space exploration. It has, as they say, anchor value for the Amur region, and for the entire Far Eastern region. The cosmodrome should attract here new productions, young specialists, their families, and, of course, in the orbit, in fact, the cosmodrome itself should develop science, education, business. There will be, in fact, a new "space" city of Tsiolkovsky, which will provide jobs for scientists, engineers, teachers and doctors. A modern transport and energy infrastructure should be created.

What do we have for today? At present, Vostochny is the most ambitious construction project in the country, the most ambitious in terms of money and labor costs. At the first stage of the construction of the cosmodrome, including the current year, the budget allocated almost 188 billion rubles. At the same time, 8,5 thousand people work here today, of which more than 1 thousand are students of the All-Russian student construction site “Vostochny Cosmodrome - 2015”, who came from the 32 regions, including the Crimea.

Dmitry Medvedev - directly on the progress of construction work:
The construction work on the first stage at Vostochny reached the finish line. In December of this year, the first launch of a Soyuz-2 carrier rocket should be made from the spaceport. In order for it to take place exactly on schedule, a list of objects of the so-called launch minimum was determined, a comprehensive plan was approved, as well as the deadlines for putting the facility into operation, preparation and delivery to the launch site of the launch vehicle and payload.

But to complete the construction of start-up facilities, it is necessary to concentrate, and to the maximum. In June of this year, additional measures were taken by the Government. In particular, “Spetsstroy” from the federal budget was allocated a subsidy of 20 billion rubles.

As you can see, we are talking about the “launch minimum” (no one even strikes the maximum, although even a few years ago there were even words about plans for “lunar expeditions”) - about the first launch (of an unmanned ship) from the “Eastern” current year. I would like to hope that there will certainly be no hitches with the “starting minimum”, and the project will be implemented on time.

As for transfers of a manned flight plan from Vostochny, I would like to know: did these plans come up without coordination with different developers and with exceptional faith in oil at 100-120 dollars per barrel? ..