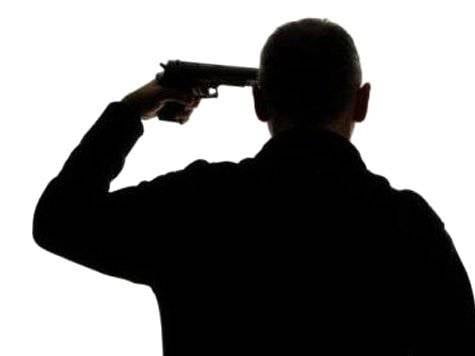 US media published a report by the US Security Center. It says that the number of suicides in the army has sharply increased. In the past year alone, more soldiers have committed suicide than have died in Iraq and Afghanistan. Such data seriously disturbed the Pentagon.
He is 29 years old, he is a recruit-private that did not fit into the army life - such is the portrait of a suicide in the American armed forces. Just like in this propaganda film, that Pentagon experts shot at 1958 and showed before the rebound at military bases. Here he is, nervous and unsure of himself, often turning to a doctor soldier, who is too dreamy at the training ground when he holds a hand grenade without checks. The painful topic has not exhausted itself in half a century; on the contrary, the increase in the number of suicides in the US armed forces has reached a peak in the last two years. Last year, 468 was deprived of the lives of military personnel.

"We are not sure that there is a connection between the number of trips to hot spots, but there is definitely a connection with the stressful situations that the military faces," said Jan Camp, director of the Center for the Study of Mental Illness.
What pushes them into the loop? The doctor will explain, almost every time - an individual case. For example, a soldier, whose trip was dragged out in Afghanistan, is at risk, but it will also include a pilot who stayed at the military base of the house and did not make a single sortie.
General Peter Chiarelli promises that he will soon cure suicides, as if we are talking about patients with the flu. A high-ranking Pentagon official brags that in military laboratories they are very close to determining from a blood test who can shoot a bullet in the forehead.

"The most difficult thing is to determine - a person has conceived something. And the problem with post-traumatic stress and brain damage, which is always caused by obsessive thoughts about suicide, their manifestations in different people are the same. If you suspect that someone is carrying thoughts of suicide, it is very important what will be the treatment and interaction with others. This is a breakthrough. And not only for the military ", - said Peter Chiarelli, deputy commander of the US Army.

The diagram presented by the American Security Center at the conference is striking how the number of suicides in the US military has increased many times since 200, then the invasion of Afghanistan begins. To compare the statistics of suicides with the schedule of hostilities, the military did not dare.

Losses in this war, where there is no front line, and the enemy is invisible, looks like this: from 2005 to 2010, the American military commits suicide every 36 hours, a veteran who returns from the battlefield, deprives himself of 80 life every minute. The Pentagon admits that the United States is losing this war. Indeed, in 2010, as a result of suicides, soldiers died more than in hot spots in Iraq and Afghanistan.