From Ukraine to Syria. Russian drones Orlan-10 and Aileron-3CB in the Syrian sky 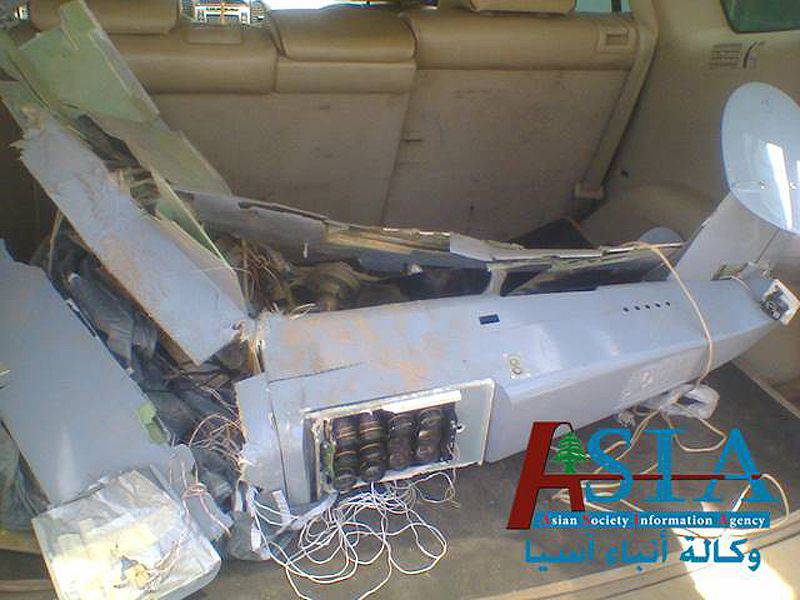 Recently published photographs of two drones that fell 20 on July 2015 of the year near two villages in the Latakia region show that either Russia supplied modern unmanned aerial vehicles (UAVs) to the Syrian authorities, or Russia started a reconnaissance program with small drones over Syria. If the latter is true, then this may be part of a larger information gathering program in order to provide the Syrian regime with up-to-date information on the position and number of insurgents. For the first time, the world learned about the existence of such a program after the seizure in the province of Daraa of the so-called Center C - Center for Electronic Intelligence.


The UAV, which crashed near Ruaisley, is considered to be a nameless version of the Orlan-10 reconnaissance drone. It is almost identical to the previous version, flying in the sky of Ukraine where at least one UAV 2014 fell in May in the territory controlled by the Ukrainian military. The base variant Orlan-10 was also seen over Ukraine, and after the crash several other types were selected. The new version of the Orlan-10 drone found in Ukraine was captured for the first time and, therefore, its technical characteristics remain unknown. 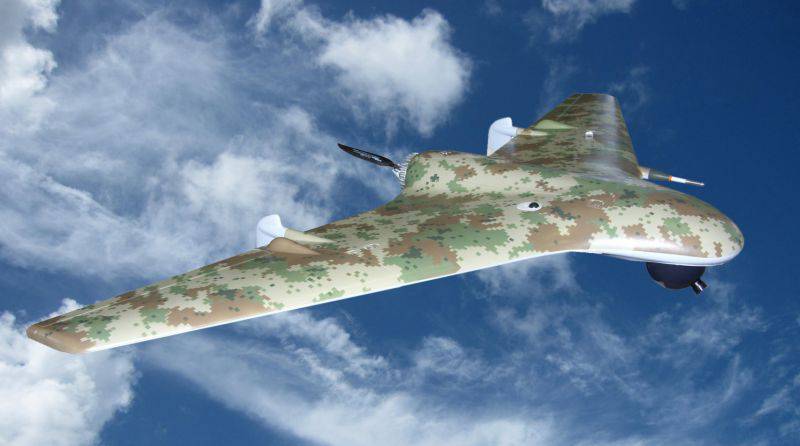 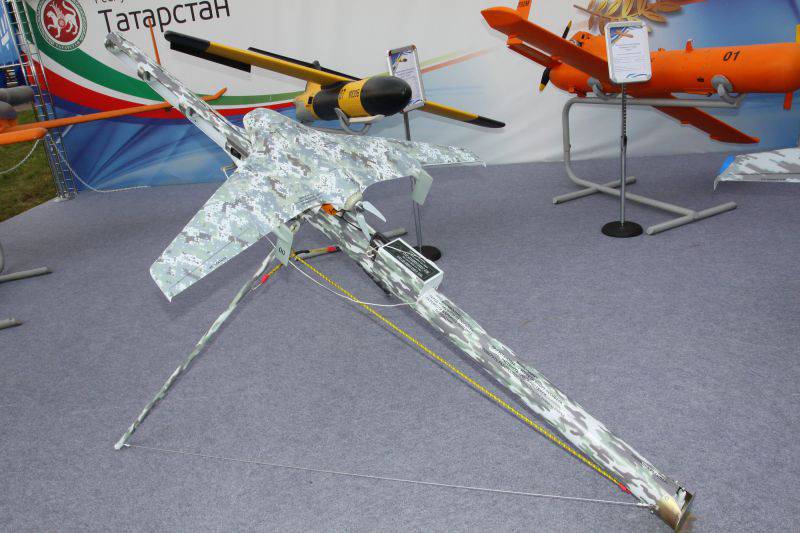 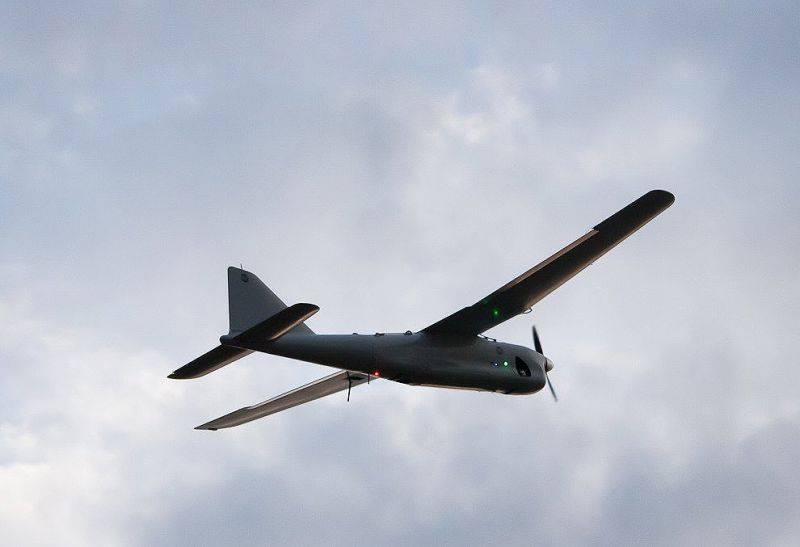 While the appearance of this type of UAV and its collapse is worthy of attention in itself, an incredible coincidence is that just a few minutes later, another relatively recently developed UAV model fell almost forty kilometers from the site of the fall of the first drone. The second UAV, the Russian intelligence drone Eleron-3SV, was damaged by fire on board and fell near the town of Arafit, but despite the fire remained relatively untouched. 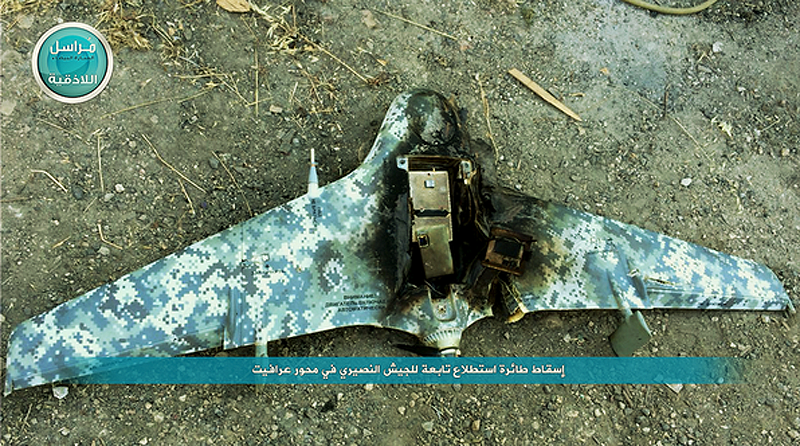 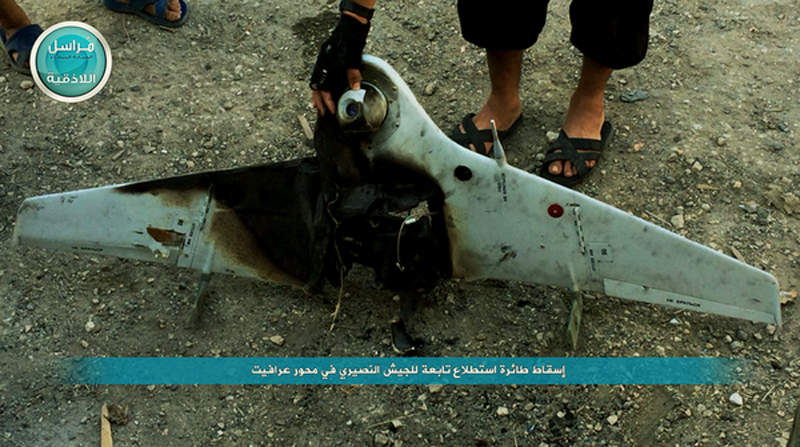 The sudden emergence of two types of Russian-made UAVs demonstrates the level of Russian support for the Syrian regime and is probably the result of the surrender of Idlib province, the city of Palmyra and its environs to Islamic state militants in previous months, after which many supporters of Al-Assad have already said that heads of Russian and Iranian support of the authorities.

The degree of Russian involvement in this program on the new Syrian drones remains open to debate. Although it could be argued that the Syrian armed forces or one of the Syrian intelligence departments involve these drones, it is not necessary to exclude Russian participation in the operation of these UAVs. First of all, it seems unlikely that the Syrian regime has bought two completely new and expensive platforms that require advanced training to work with them and the ability to process the data into useful information for the troops on the ground, while they can, with a minimum of effort, deploy existing Mohajer, Yasir and Shahed 129 drones are currently in Syria. set and controlled by Iranians. Secondly, Russian participation in Syrian intelligence affairs continues to remain significantly undervalued, the sudden opening of Center C last year confirms this fact. Thirdly, the fact that both drones were made after the 2010 for Russian military makes it unlikely that they could be exported to Syria as quickly as it could have revealed some of the newest UAV technologies.

Center C, jointly operated by the Russian Electronic Intelligence Agency, the Iranian and Syrian intelligence departments, was to provide Syria and Iran with relevant intelligence on the Middle East, in particular Israel, but immediately after the revolution and the beginning of the civil war focused mainly on Syrian affairs. Center C was responsible for recording and decoding radio communications between rebel groups in Syria, providing the Syrian Arab army with up-to-date information on the number and forthcoming attacks of militants, and the Syrian air forces with information on their concentrations. Thus, Center C is at least partially responsible for the liquidation of several militant commanders conducted by the Syrian Air Force. It is not surprising that his surrender to the soldiers of the Free Syrian Army was a heavy blow for the authorities.

Consequently, there is a high probability that the Russians in one way or another take part in the operation of the Orlan-10 and Aileron-3CB BLA recently delivered to Syria. The creation of a UAV unit with Russian specialists and equipment (as opposed to units with Iranian UAVs) could be offered to the authorities after the recent loss of Idlib province, which, with further adverse developments, could seriously threaten the heart of the Syrian regime - Lattakia. 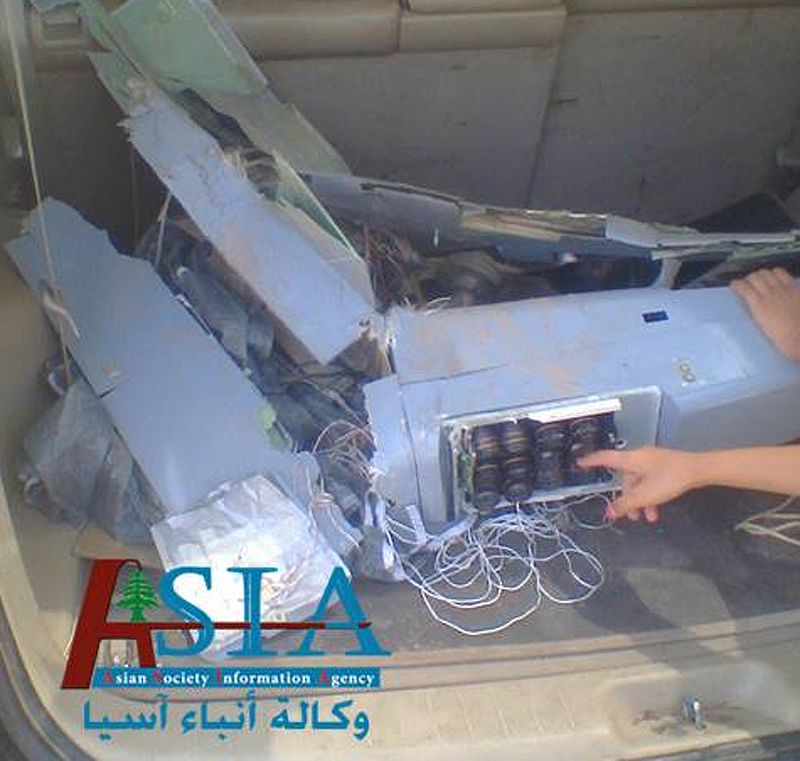 The new version of the Orlan-10 has a set of 12 cameras located in the fuselage, just like the apparatus that fell in Ukraine. With these cameras, Orlan-10 can create 3D maps of the battlefield to obtain highly detailed information about enemy movements and fortifications. It is assumed that the equipment on the Orlan-10 may vary depending on the task, for example, night vision cameras can be installed. 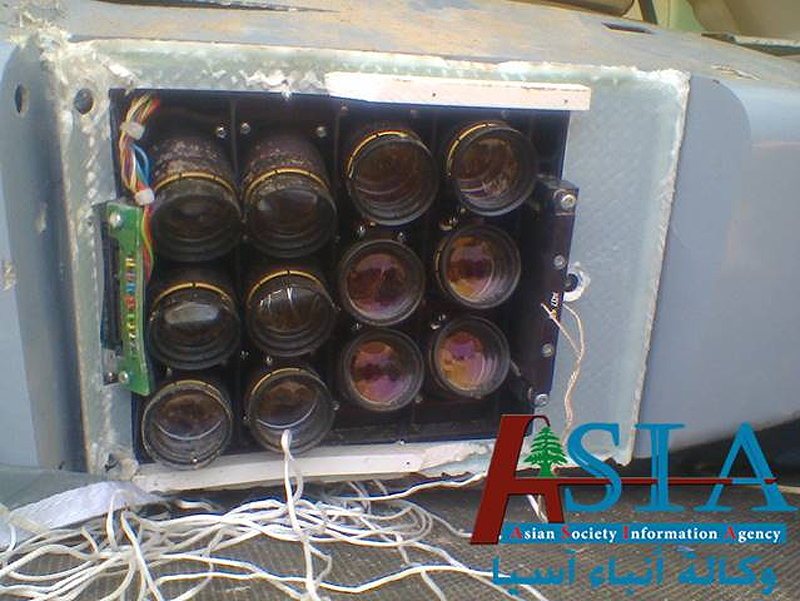 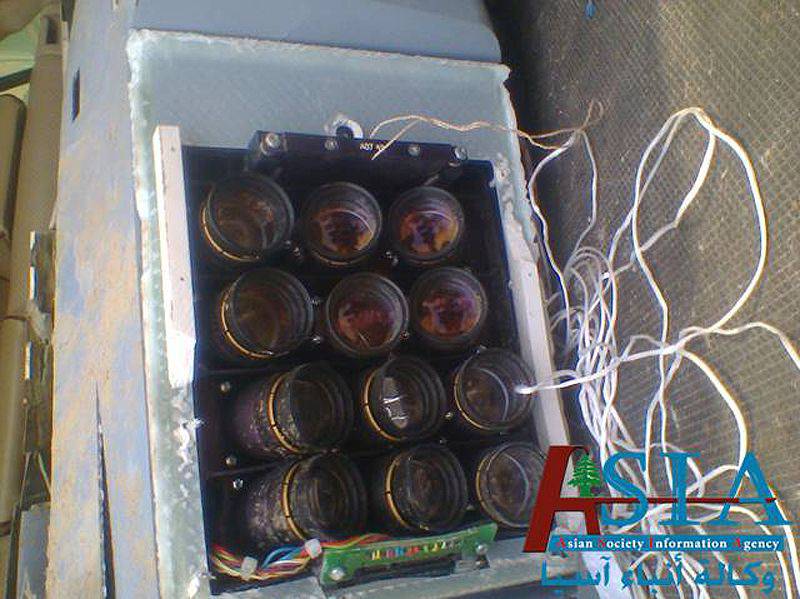 The lid of the cameras flew off the device, found near Ruweysley in Syria, but remained in place on the device, picked up in Ukraine (photo below): 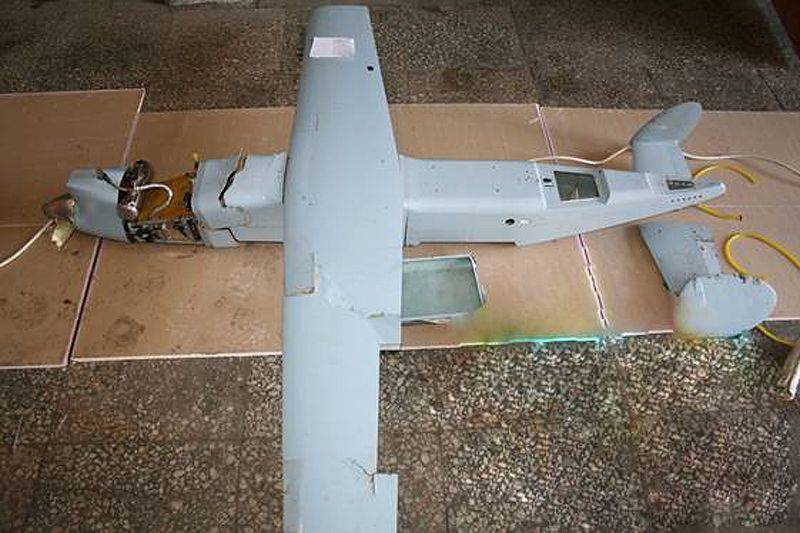 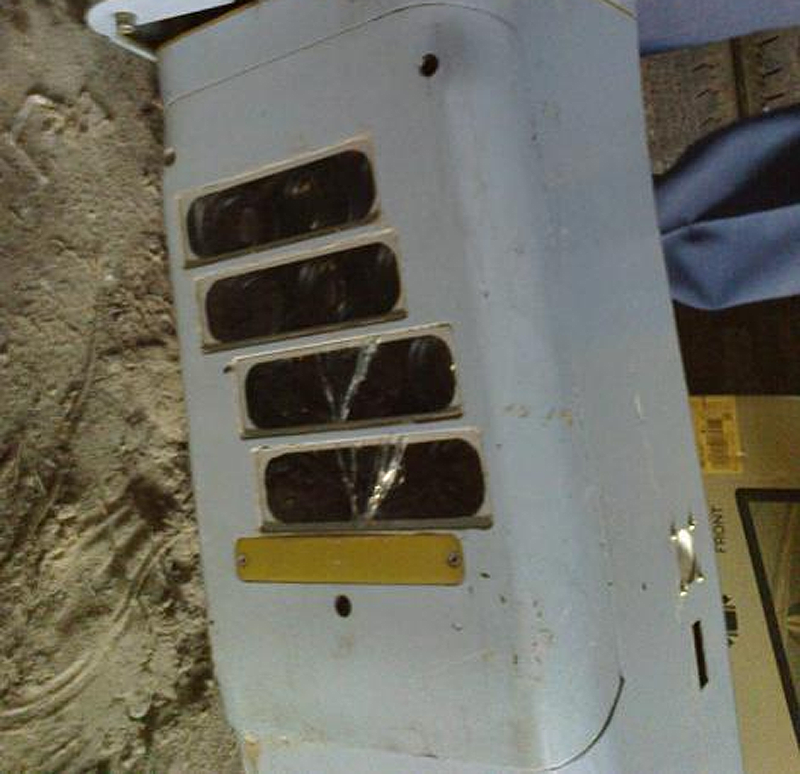 The Olympus commercial camera was among the equipment found aboard the fallen Aileron-3CB. 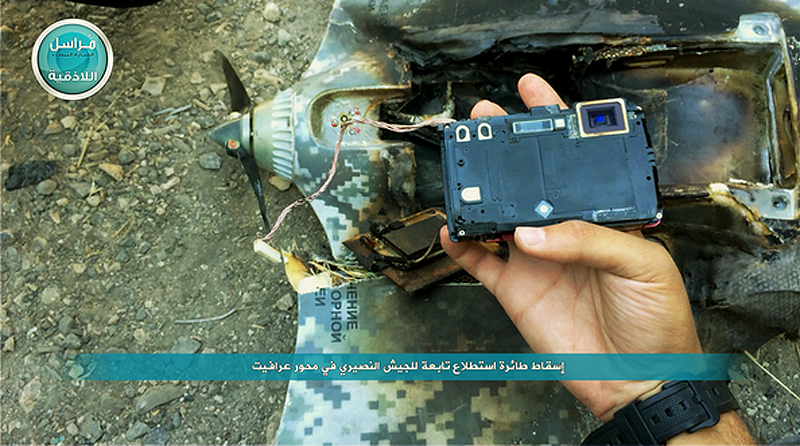 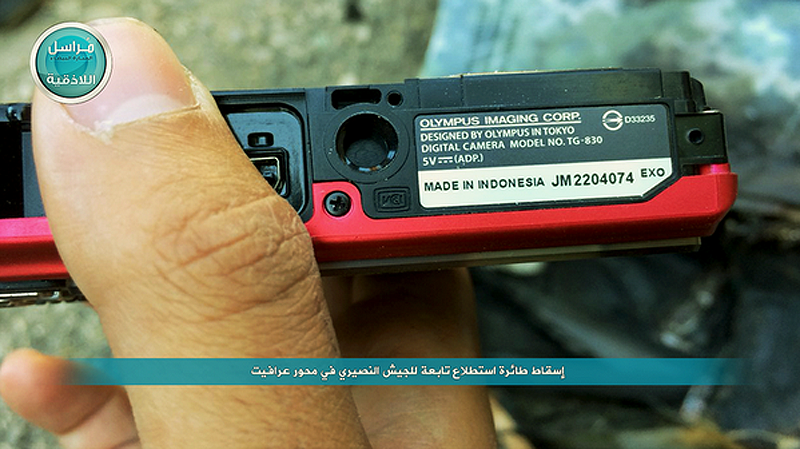 The presence of even a limited number of Orlan-10 and Aileron-3SV drones (controlled by Russians or not) can significantly change the situation with drones already in service with the Assad troops and affect combat operations in the province of Lattakia or other areas of Syria.

The constantly growing death toll and the indiscriminate use of prohibited weapons (including chemical) obviously does not restrain Russia. She continues to supply all that is possible, from small weapons and up to tanks, multiple launch rocket systems, spare parts for the Syrian Air Force bombers, and now unmanned aerial vehicles.