PGRK Topol will serve the Motherland before the 2019 year 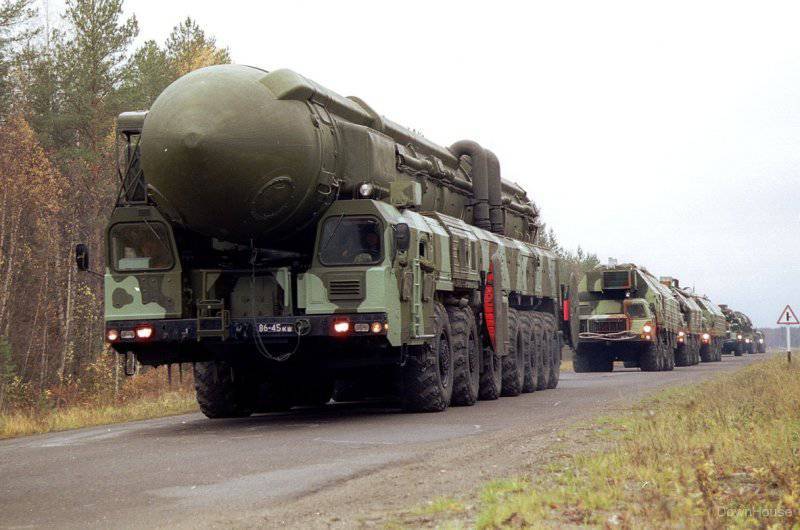 The terms of the Topol mobile soil missile systems (PGRK) as part of the Strategic Missile Forces (RVSN) can be extended to 2019, Lieutenant-General Sergei Karakayev, commander of the RVSN, said at the conference of the Interdepartmental RVSN Union.

"The predicted assessment of the reliability and technical condition of the Topol complex indicates the fundamental possibility of further extending the terms of its operation and being part of the Strategic Missile Forces grouping," the commander noted.

Recall that in September it was reported about the launch of the intercontinental ballistic missile Topol from the Plesetsk cosmodrome. The rocket hit the target at the Kamchatka Peninsula training ground. "The experimental warhead of the rocket hit the conventional target at the Kamchatka Peninsula range with high accuracy. Later the information obtained after the launch will be used to increase the effectiveness of the promising group of Russian ballistic missiles," said then Colonel Vadim Koval, an official representative of the Russian Defense Ministry.

According to him, the rocket was launched to confirm the stability of the flight performance of missiles of this class during the extended service life. The predicted assessment of the reliability and technical condition of the Topol missile system indicates the possibility of further extending its service life, which currently make up the 23 of the year (with the initial warranty of 10 years). The rocket was made in 1988 year. Until March of this year, she was in combat duty at the Novosibirsk missile unit.

Our help. PC-12M ("Topol") was developed at the Moscow Institute of Thermal Engineering. "Topol" is a three-stage solid-fuel intercontinental ballistic missile equipped with a complex of means for overcoming antimissile defense. PGRK Topol was put to the test in February 1983 of the year. The first launch took place on February 8 at the Plesetsk test site.

The first regiment "Topol" took over the combat duty 23 July 1985 of the year. The maximum range of the rocket - 10500 kilometers. Starting weight - 45 tons. The Topol missile system forms the basis of the Strategic Missile Forces grouping. At the same time, it is distinguished by high survivability due to its maneuverability, stealthiness and short preparation time for launch.

We are in Yandex Zen
A successful combat training launch of the RS-12M Topol rocket was conducted from the Plesetsk cosmodrome
13 comments
Information
Dear reader, to leave comments on the publication, you must to register.