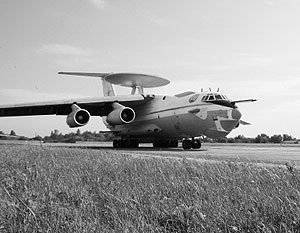 The modernized multifunctional complex A-50U, designed for radar surveillance and guidance, was put into service with the Air Force, said Colonel Vladimir Drik, the spokesman for the press service and information department of the Defense Ministry for the Air Force.

In particular, according to him, the capabilities of the radar station for detecting various types of airborne targets, including helicopters, cruise missiles, and supersonic aircraft, have been expanded. Modern computing facilities have been used, a satellite communications station has been modernized, and reliability indicators of the onboard complex have been significantly increased.

Airplanes of the A-50 radar patrol and guidance, based on the IL-76 serial aircraft. Began to enter service with the Air Force 1984 year.

We are in Yandex Zen
The Russian Defense Ministry presented the aircraft A-50U
Signals from the sky. Satellite communication systems
11 comments
Information
Dear reader, to leave comments on the publication, you must to register.