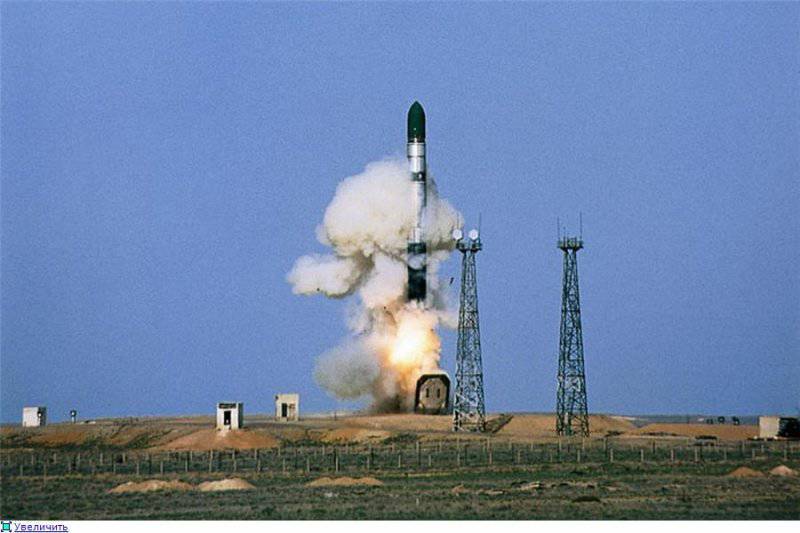 
"The required reliability and technical readiness indicators of the missile systems, determined by the President of the Russian Federation, are preserved, and at least 95% of missile systems currently in service with the Strategic Missile Forces are ready to launch missiles," Karakaev said at the conference of the Union of Veterans of the Strategic Missile Forces in Moscow-based Vlasikhe. .

"The extended work on extending the service life of the Topol missile system to 25 years will allow maintaining on-duty rocket regiments with self-propelled launchers of this type until the 2019 year, prior to their rearmament to the Yars mobile ground-based missile system," Karakaev said.

The commander said that the solution of the task of rearming the Strategic Missile Forces grouping to the fifth-generation stationary and mobile ground-based missile systems is connected, as before, with the continuation of the deployment of new Topol-M and Yars missile systems.

Earlier it was reported that the military personnel of the strategic missile forces will be checked on a lie detector. The Ministry of Defense decided to start a personnel check with this kind of troops. With the help of the latest technology, the command wants to protect the army from corrupt officials, alcoholics, drug addicts and mentally unstable individuals. For these purposes, 19 detectors and 61 thousands of tests have already been purchased.

We are in Yandex Zen
ARMY-2016. The latest complex of biological protection
21 comment
Information
Dear reader, to leave comments on the publication, you must to register.