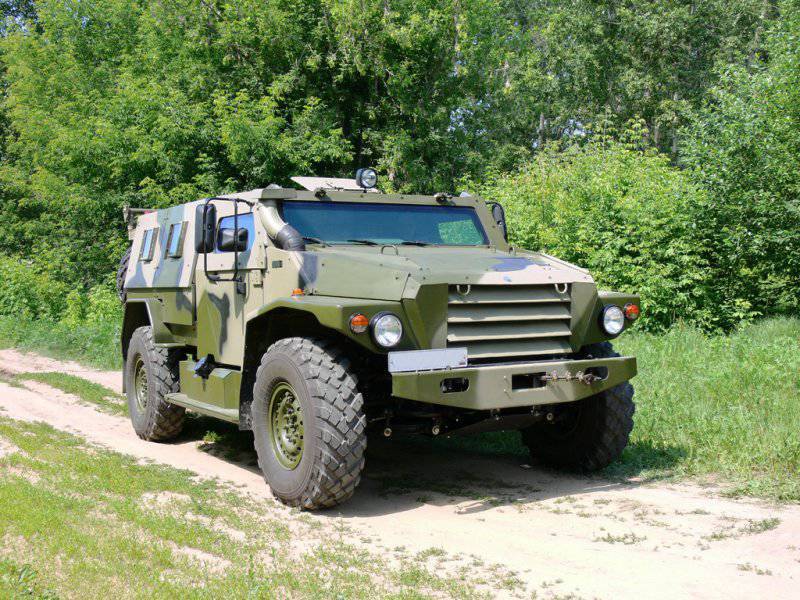 The new domestic armored car "Wolf", created by Russian engineers, is today one of the first armored cars in modern Russia, assembled exclusively from Russian-made component parts, which means independence from the supply of spare parts from foreign manufacturers. On the basis of the armored car, various modifications are designed and created to perform a variety of combat missions. Currently, four versions of this armored car have been created: VPK-3927 (the first basic configuration with separate protected control module and functional module), VPK-39271 (with combined modules in one), VPK-39272 (transport and cargo armored car for cargo movement and transportation military personnel, with the possibility of installing various additional modules) and military-industrial complex-39273 (as the first option, with separate control modules and an increased cargo module). The first three options have the wheel formula 4х4, the last sample 6х6. Depending on the equipment and equipment of the vehicle, it is planned to use both for combat use and for civilian purposes, in addition to the above armored versions, unarmored vehicles are under development. The main design feature of the new “Wolf” armored car is high unification, which simplifies its manufacture and reduces the total cost of mass production. Against the background of the ongoing conversations about whether to use the Russian special divisions for the as-yet-unfinished “Wolf” or the Italian armored car of the same class “IVECO”, this is an important factor. 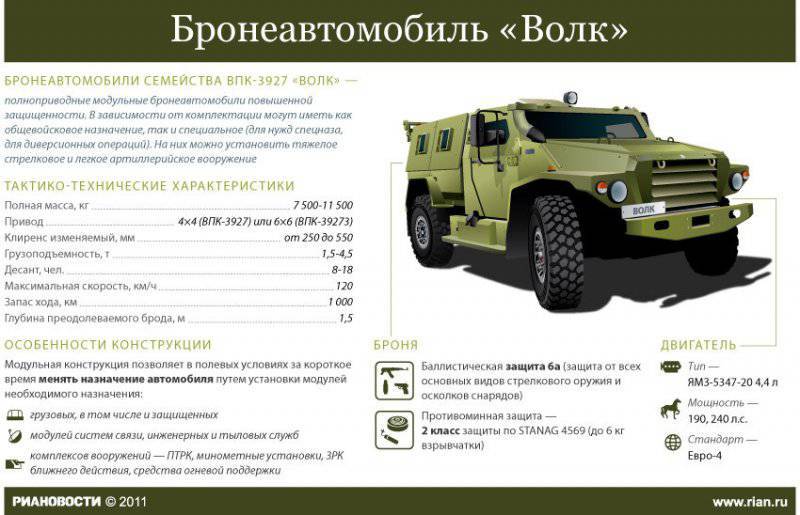 All armored cars of the “Wolf” series have spaced, differentiated (reinforced in the most vulnerable and important parts of the hull) armor, with the possibility of installing additional composite hinged armor plates in field conditions by the crew. Multi-layered armor is able to withstand the hit of 7,62-mm bullets from a distance of up to 300 meters, protects the crew and the personnel placed in the airborne module from all types of small-arms fire weapons and from mines and shells. High strength bulletproof glass 68 mm thick, which does not create optical distortions, withstands almost any hit from automatic weapons. Particular attention is paid to the anti-mine protection of an armored car, this is a V-shaped double bottom of the car (according to the developers, the car will withstand a blasting equivalent to 4 kg of explosive (BB), and this is almost the weight of explosive 122-mm high-explosive projectile, which is doubtful the weight of the armored vehicle, which is equal to 7 tons, for example, the BTR-80 weighing more than 13 tons while undermining on such a land mine simply overturns, throwing it into the air), special suspension chairs for the crew and the landing force. As for the chairs to be installed, it can be assumed that they will still be foreign-made, since Russian samples are more expensive. The design of the armored vehicle makes it possible to install, in addition to the machine-gun armament, also light artillery or anti-aircraft. The Yaroslavl 190-strong engine YMZ-534 is installed as a power plant on the new “Wolf”, according to manufacturers, having the potential of upgrading to 300 hp. Independent and adjustable suspension armored car - one of the unusual design solutions implemented in the new project. Due to this, ground clearance can vary from 25 cm to 55 cm. At this point, all the advantages and innovations have been exhausted, which suggests that “Wolf” is another commercial project.

In general, the machine, like all previous ones, the Tiger, the Bear, is intended rather for “combat use” against popular unrest, against a crowd armed at best with light weapons, but not at all to solve serious combat missions army offensive units. Any armor, and even more so light as on these machines, can be pierced, this makes the “Wolf” armored car vulnerable in the event of, for example, repelling an ambush attack. Pay attention to the location of the neck of the fuel tank - what is this? Telling the enemy where to send an armor-piercing incendiary bullet? One of the main tasks of the army armored vehicles is the ability not only to support the assault infantry units with fire, but also to take the crew and troops from the shelling sector. When attacking on the march, leave the defeat zone, allow the landing under the cover of the armor’s standard weapons to dismount, regroup and deploy the unit into battle order to repel the attack, then take part in pursuing, blocking and destroying the enemy. What is the mention in press about the compliance of the engine exhaust with Euro-4 and Euro-5 standards, and for the war with whom this machine was created? In all, this is more of an armored car, created for punitive divisions, and not for the front line, where the enemy is armed not only with light weapons. 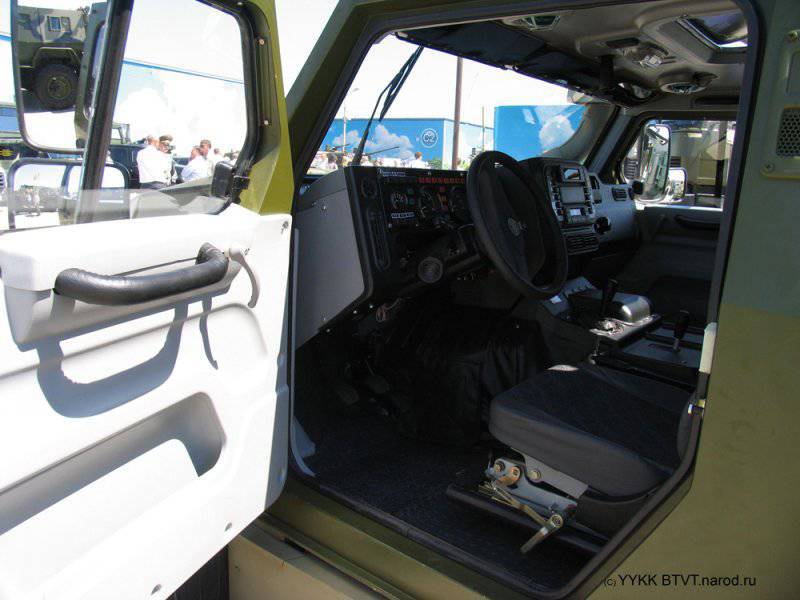 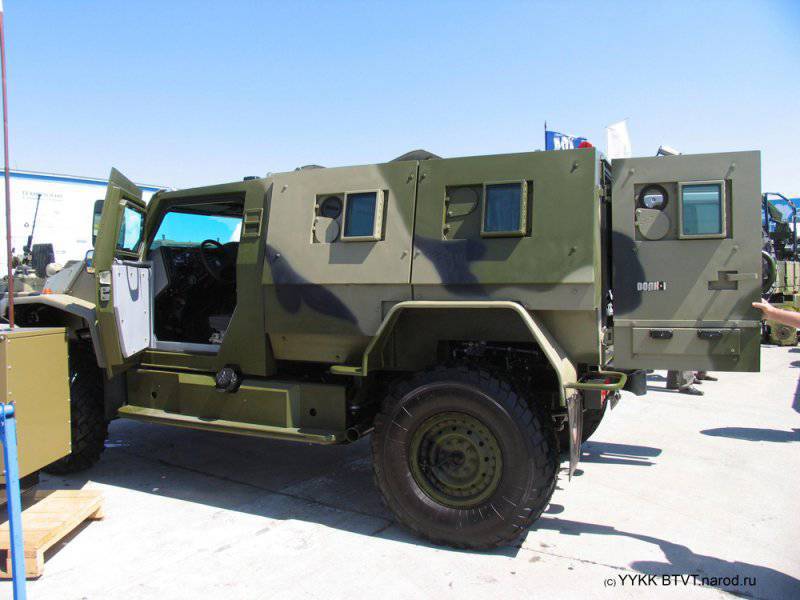 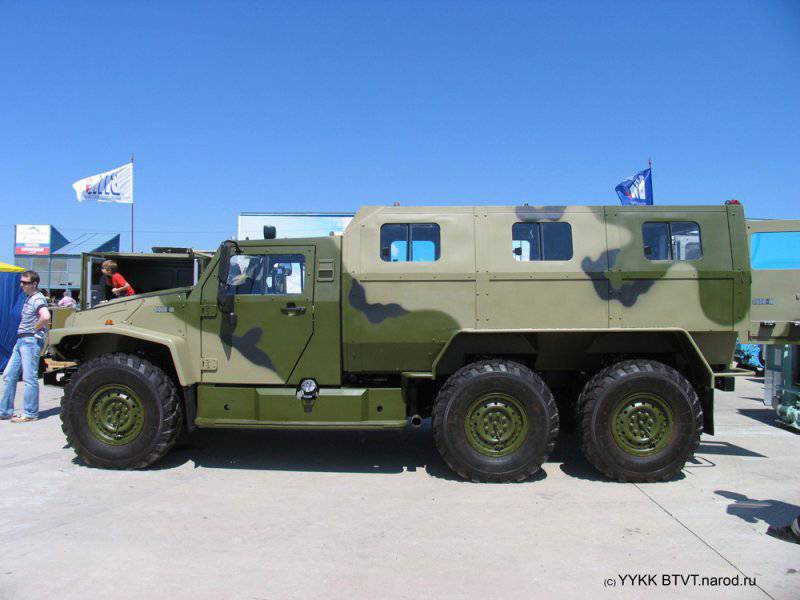 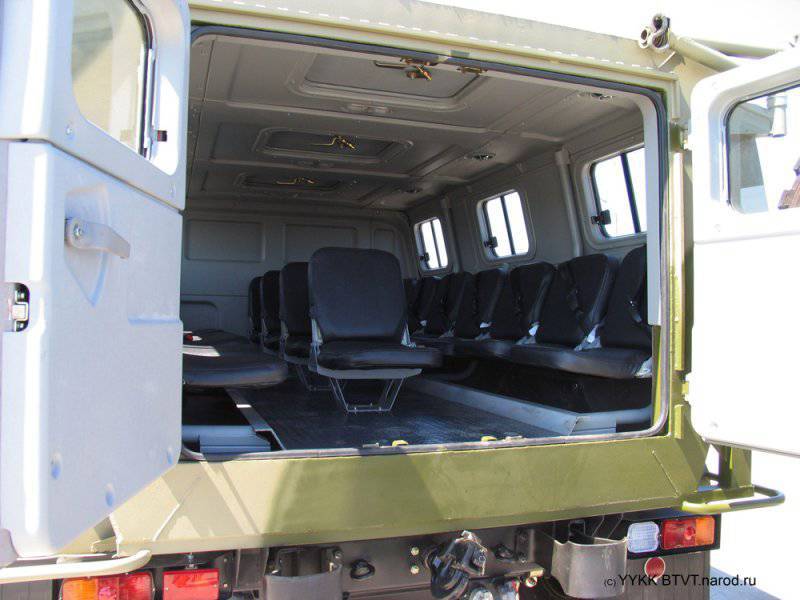 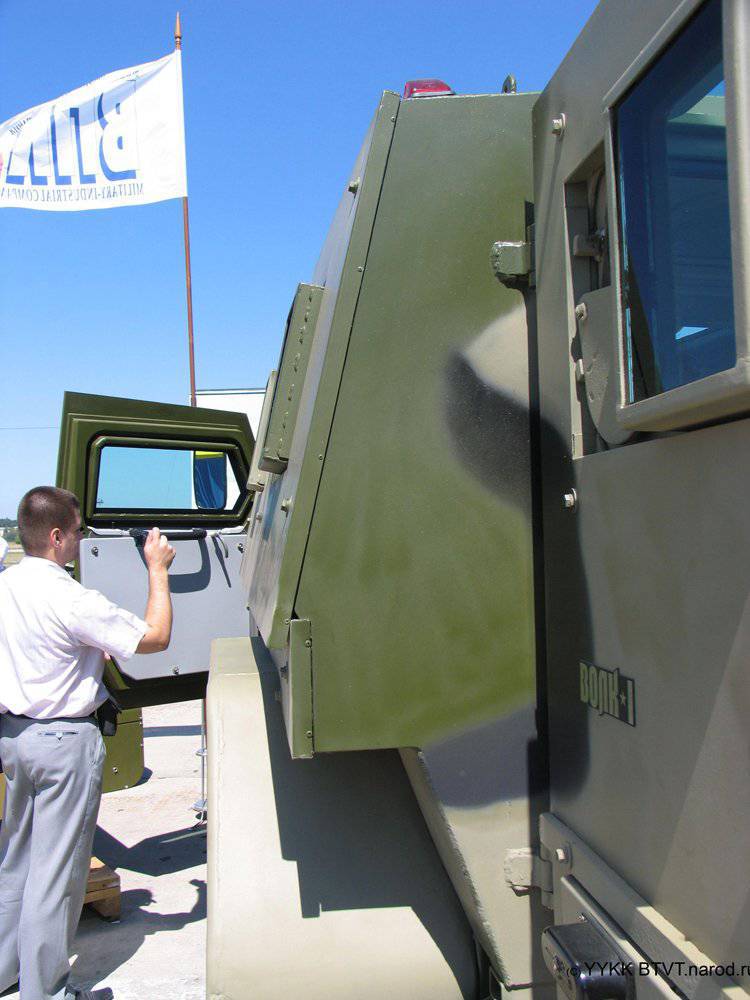 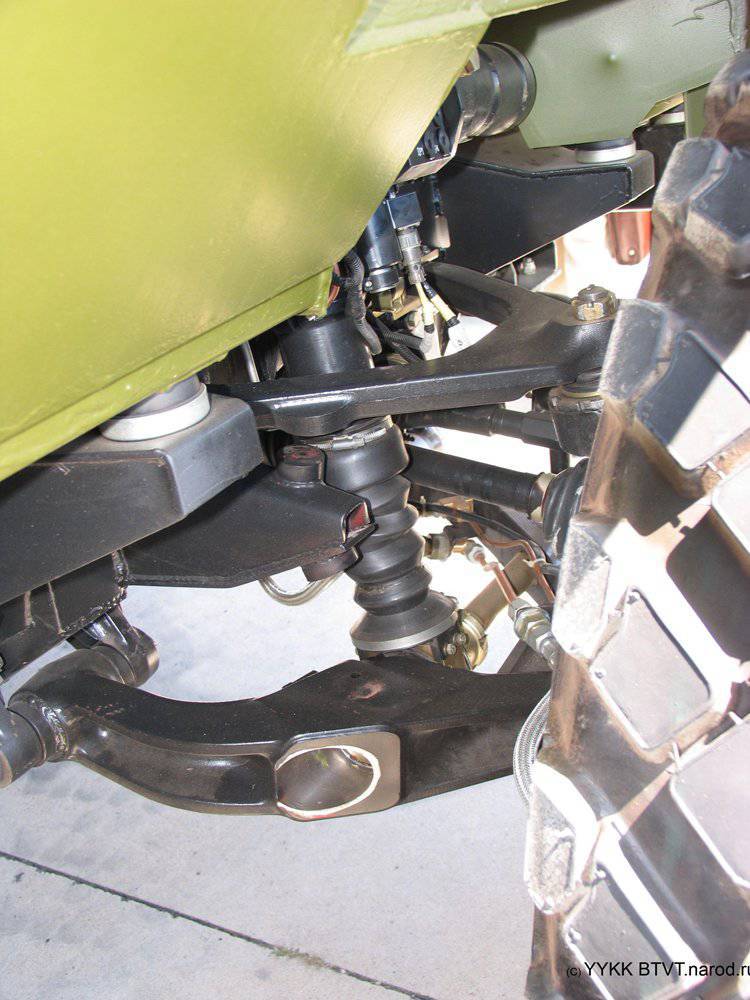 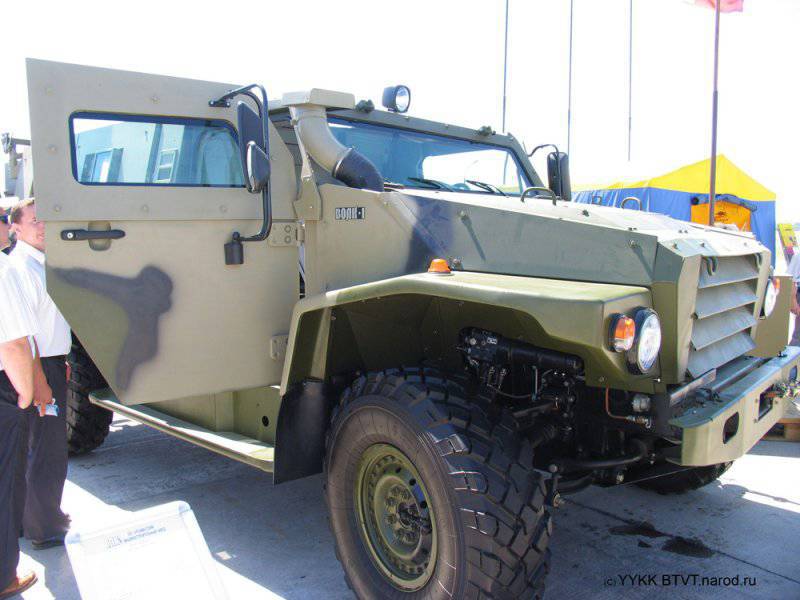 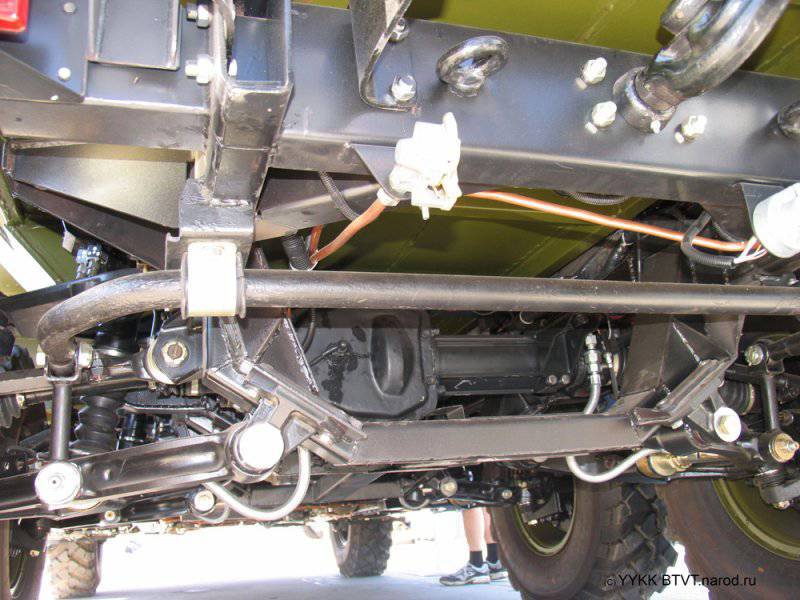 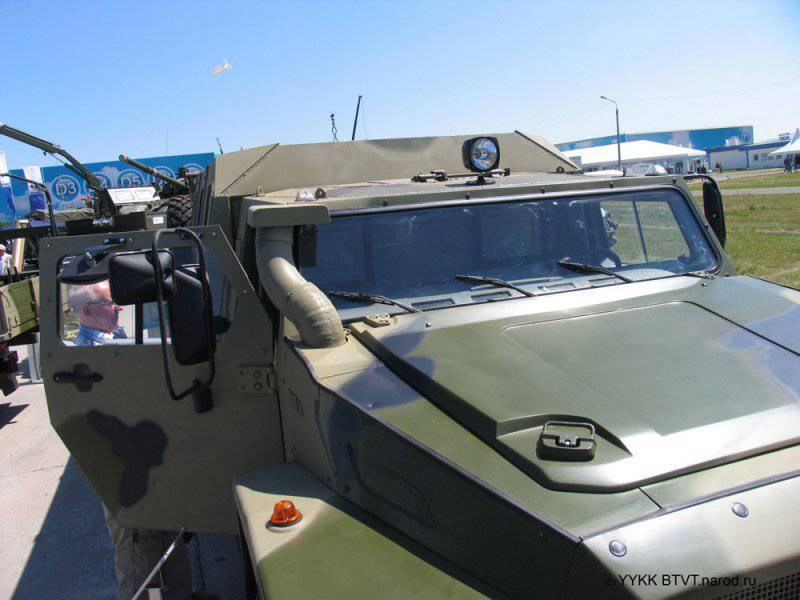 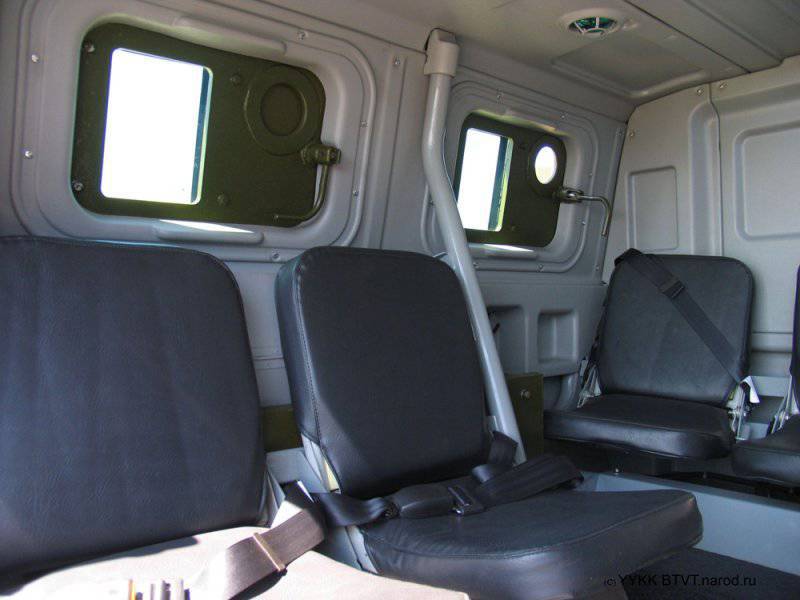 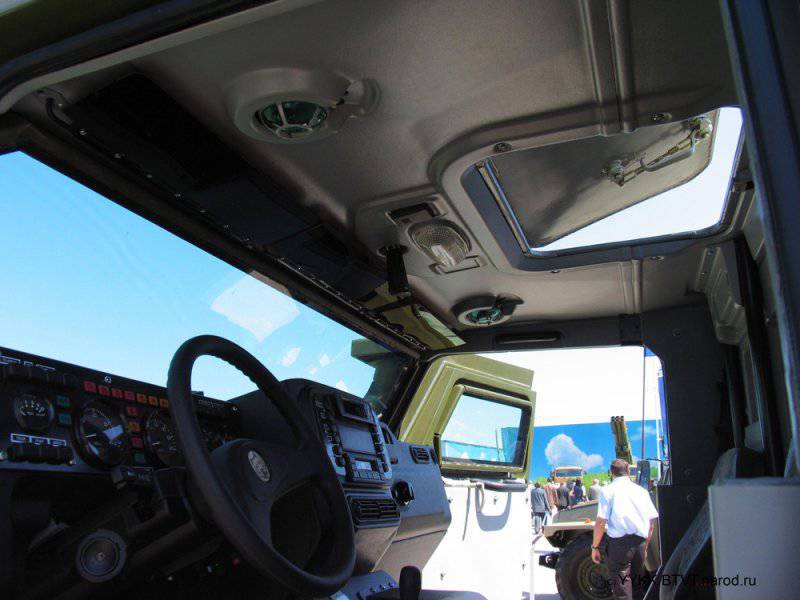 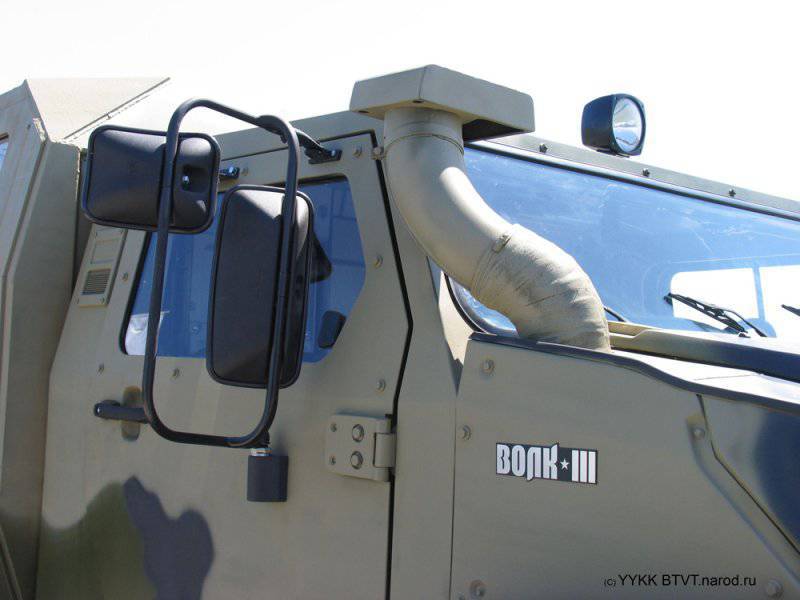 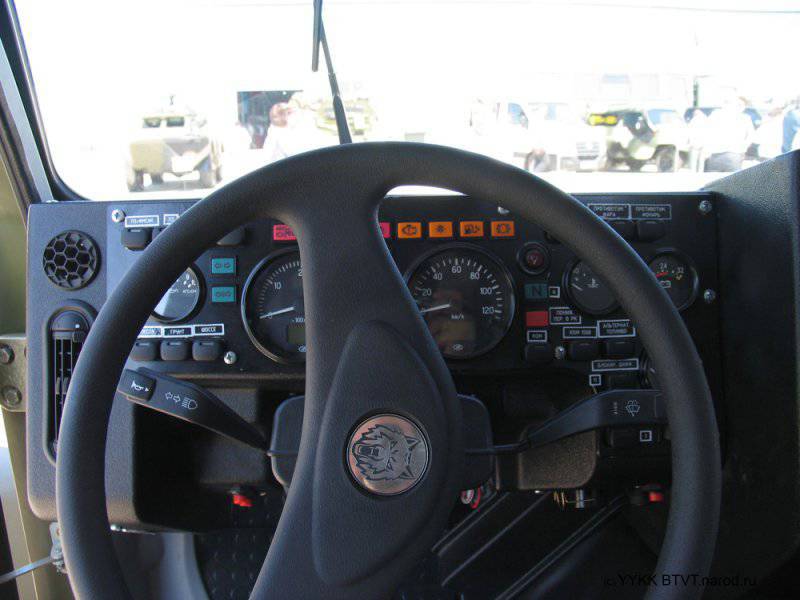 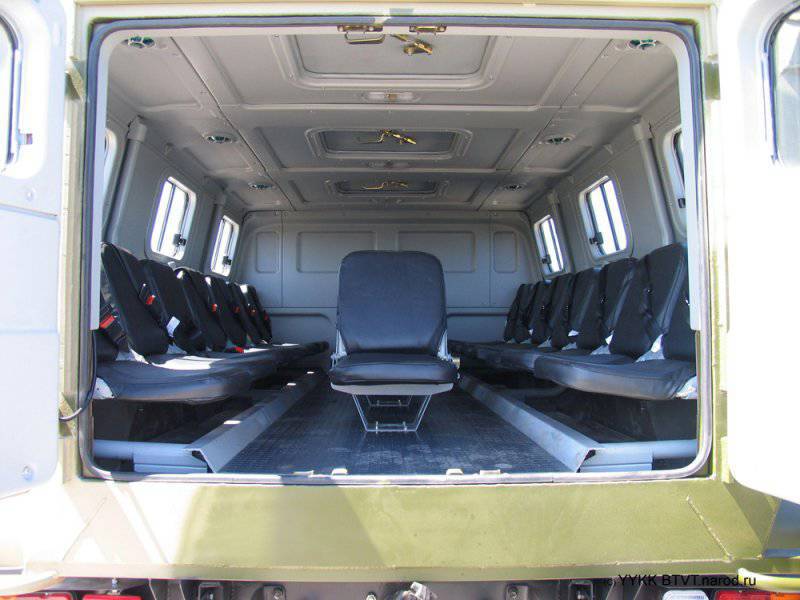 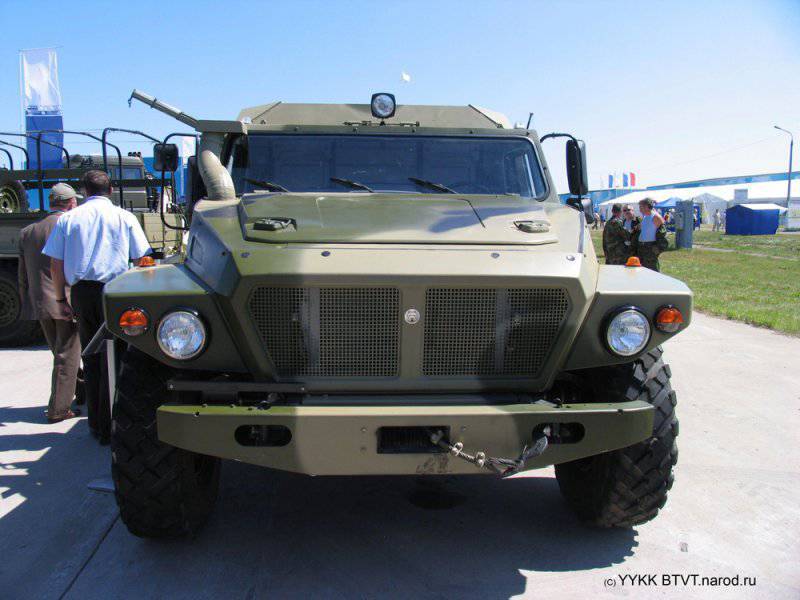