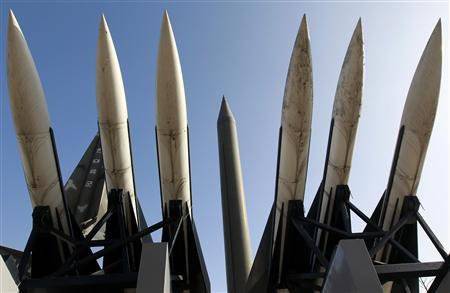 The expert recalled on this occasion the famous trip of the Soviet delegation to Germany in 1940.


“As soon as I entered the operating room, the inscription“ Welcome, Ambassador Rogozin! ”Immediately flashed on the monitors - this is how the Russian ambassador to NATO Dmitry Rogozin described his impressions of a July visit to the US anti-missile defense base in Colorado Springs.

The politician wittily compared this visit with his trip to the planetarium. Indeed, such analogies are appropriate, especially if you are a citizen of a competing power and you distinguish missile defense from air defense. You are turned into ideally cleaned halls, where smiling officers smiling with porcelain smiles are interested in: “How are you?” (Which is what is accepted to answer: “Fine!”), They bring you a cup of coffee with a hot dog, bring it to the remotes and monitors and while you are chewing, they politely and passionately talk about how their missile defense system is extremely important for stability throughout the world and that it’s “very sad that not everyone in your country understands this, but we are ready for dialogue, ready to convince” . And you are almost like friends ... yes, what about friends - brothers! This seems to be the ideal, from the point of view of the Yankees, the visit of another specialist from distant and incomprehensible Russia.

But we are not accustomed to the "Potemkin villages." And because our “military” from overseas, our military perceived the same cautious. The military, of course, are very different: I would not say that, wherever you spit, you will end up in a big strategist. But the falsity in Pentagon’s invitational speeches is simply punched through. The last invitation is a graphic illustration.

According to information made available to Kommersant journalists, the United States invites the Russian military to take part not just in the show, but in a two-part exciting show, the so-called. "Monitoring missions". Come, see everything with your own eyes and enjoy the “reset” in action with the Americans. The first “mission”, according to the invitation, envisages a visit to the same Colorado Springs base. The head of the US Agency for Missile Defense, Patrick O'Reilly, personally invites the Deputy Defense Minister of the Russian Federation, Anatoly Antonov, who is in charge of missile defense issues in the department - not just one, but with specialists, and with his measuring instruments.

Similarly, with their own measuring instruments, Yankees are waiting for Russian military specialists to test the missile defense system, which will be held in the Pacific Ocean in the spring of 2012. There, guests will be offered to look at how famously the American "seals" shoot down targets over the ocean with anti-missiles. Beautiful, spectacular and completely free. Can, probably, and treat the popcorn, if there is a need in that.

“It’s time, finally, to remove all the controversial questions about the technical parameters of the missile defense system and to stop politicizing this topic,” quotes the publication of a word from its diplomatic source close to NATO headquarters. Indeed, it is time, Mr. source, if only there is a place for politics in general. And then compare your long-suffering base with a planetarium, someone with a circus, but no one with a place where you can really and exhaustively analyze all the risks.

And even our "commanders" from the Ministry of Defense, who believe in the "Mistral", do not believe, alas, overseas showmen-shouters.

Although the tea itself is also not the Stanislavsky.

The situation with the invitation of the Russian delegation by the Americans to familiarize themselves with the US missile defense system and the fact that the Russian military accepted the proposal coolly, Vladislav Shurygin, a well-known military journalist, reserve captain, deputy editor-in-chief of the newspaper Zavtra, commented on the conversation with the KM.RU observer:

“I immediately recall the well-known trip of the Soviet delegation to Germany in 1940, when, by order of the Führer Adolf Hitler, the Germans showed the Russians all the most modern weapons that the Wehrmacht had at that time - as an act of great trust. But while the Germans, showing us their weaponThey clearly realized that the USSR, in the few months remaining before the war, would still not physically have time to create anything like that.

So the fact that the Americans are now deliberately showing us their supposedly openness, inviting them to the test of the missile defense system is not encouraging about anything, because the weapon itself does not sharpen specifically against Koreans, Iranians or Russians. A weapon is just a weapon. Much more important is exactly where it will be placed, what will be its configuration, what kind of management, etc. From here - and all the questions. That is, if the Americans were going to deploy their missile defense system only in the United States, that would be one история. But they want to unfold it in Europe! This is a different matter. And from the fact that we are convinced that the American missile defense system really works and the tests have been successful, it will not be any easier for us.

- Somehow such mutual distrust does not fit in with the proclaimed “reset” ...

- I think that after Yugoslavia, Iraq and Libya were destroyed, Syria was put on the line and NATO showed that it was clearly not going to stop, the whole theory of the “reset” between the USA and Russia began to look very funny against this background. The meaning of this very "reset" actually became only a gain in time. For the USA, it was needed to deploy its systems and fully transition its civilization to a new technological level. The Russian authorities have needed a “reset” to calm the population and leave it all at the level at which it is located.

- How should one treat such a fairly conventional version that this mutual distrust around the missile defense system is beneficial for both Russia and the United States as a pretext for further domestic and foreign trade?

- This is partly true, but only partly. Each phenomenon has several floors. There is a political floor, there is an ideological floor, and there is a military-strategic one. Of course, in such conditions there are certain forces, leaders, who in principle are interested in continuing the confrontation. Just because our VPK industry leaders, who have been without money for a long time, would be least happy about curtailing or cutting back on funding for the industry. So partly it is. But this is not the main explanation.

We are in Yandex Zen
A great interview with Sergey Lavrov: about Ukraine, Obama and Iran
Foreign media: Vladimir Putin's power games - Russia builds up missile defense
16 comments
Information
Dear reader, to leave comments on the publication, you must to register.