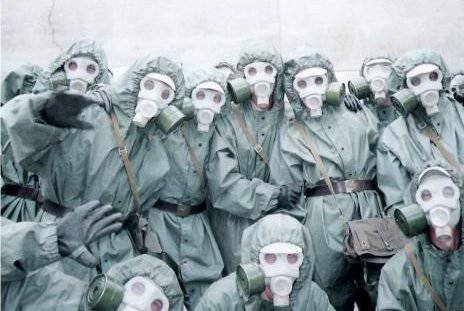 Such is our country, that if they talk about environmental problems, either before the next elections, or at that moment, these problems already have, as they say, citizens have nothing to breathe. The situation with four chemical plants, whose activities have already seemed to have been forgotten, seems to be one of the listed reasons. The thing is that in the next year’s draft budget, the Ministry of Industry and Trade decided to see at any cost the money pledged to liquidate the military-chemical industries in Volgograd, Tula and Sverdlovsk regions, as well as in Krasnoyarsk Krai.


It turns out that all these enterprises, which previously manufactured products for the domestic defense industry, have long since been producing nothing worthwhile. But their very existence poses a threat to the life and health of hundreds of thousands, if not millions of people living in these regions in the immediate vicinity of these enterprises.

According to representatives of the Ministry of Industry and Trade, the problem of “abandoned” factories was concerned for a long time, but now the situation is supposedly becoming the most critical. The governors of the territories and regions in which these four enterprises are located themselves came to the Ministry with the initiative to liquidate the plants, or rather, what was left of them. And there are thousands of tons of toxic debris or explosive materials that can simply kill all life within a few kilometers from the factories.

In total, the Ministry of Industry and Trade requests the allocation of an amount of about 16 billion rubles. At the same time, about 75% of this amount should go to the liquidation of the Volgograd enterprise OAO Khimprom. Only in 200 meters from the Volga, for decades, wastes from the production of chemical weapons. "Recycling" was that the contaminated mass was simply poured into a huge pit. That is why today about 1,5 of millions of cubic meters of toxic slurry can at any moment get into the largest European river, which will lead to truly disastrous consequences. It should be noted that in the middle of 60-x such disasters on the Volga "thanks to" the Volgograd chemical plant already had a place to be. Only according to official data for several incidents at this enterprise in the sixties, about 200 people were injured, receiving the most severe poisonings. On the damage to the ecosystem in the reports of Soviet times, of course, nothing was said.

It is surprising that even representatives of Greenpeace Russia until recently did not really know anything about the situation at the Volgograd chemical plant, as well as about the other three, for the liquidation of which the Ministry of Industry and Trade asks for money.

The Alexinsky chemical cobweb is located under Tula, on whose territory there are burials of more than 200 thousand tons of raw materials for the production of explosives. Moreover, this burial every year turns into uncontrolled deposits of cellulose nitrate derivatives. If this, in the literal sense of the word, a bomb works, then the explosion in its power will differ little from what happened in 1945 in Hiroshima (without the radioactive component, of course).

The Yenisei Combine in the Krasnoyarsk Territory is in a similar situation. Only here the situation is aggravated by the fact that not far from it there are two more enterprises that can be “covered” with a colossal power by an explosion. According to the estimates of the Ministry of Industry and Trade more than 10 thousand people can die in a few seconds!

A possible explosion at the Krasnoufimsk hexogen production, of which only one name remains, could cause damage in 70 billion rubles. Here, people literally walk on explosives, and therefore put themselves in mortal danger all the time.

If the situation with these enterprises is not resolved, then no cost to protect against an external enemy will be equal to how much will have to be spent as a result of a large-scale man-made disaster that may occur at any of these plants at any time. But after all such factories are far from four. Almost in every Russian region there exists its own “ecological bomb,” which they try not to talk about. But who needs an extra panic ...

We are in Yandex Zen
What you didn't want to know about England
List of destroyed the largest and most high-tech enterprises
3 comments
Information
Dear reader, to leave comments on the publication, you must to register.