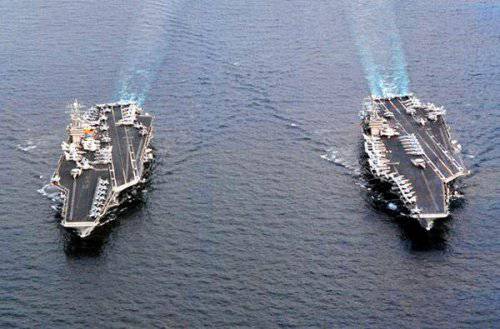 Carriers have long been considered by America as a symbol of military, diplomatic and strategic intimidation. As for China, starting from the 90s of the last century and up to the beginning of the 21 century, American aircraft carriers, which appear in coastal waters from time to time, played for the most part the “dishonest” role of the first violin in China’s military intimidation.

With the beginning of the new century due to the steady improvement of Sino-US relations, despite the fact that the silhouettes of aircraft carriers such as Kitty Hawk, Reagan, Lincoln, John C. Stennis and Washington flashed in the waters and the Yellow, and East China, and South China Seas, and even in the Taiwan Strait; however, their activity near the Chinese coast has noticeably decreased, just as the frightening hue of this activity has noticeably decreased. Despite this, she continues to play the role of a “weather vane” both in changing the development of bilateral relations and in relations between the military of both countries. The distance at which American AUGs are located from the Chinese coast, the issues of China’s allowing them to stop in Hong Kong can all be viewed through the prism of strategic plans and the results of a certain game of the two powers.

At the same time, the question “will Washington go to the Yellow Sea or not?” Is of such keen interest due to the fact that, in fact, the nature of its appearance lies far beyond the scope of military exercises. In fact, for a long time, American AUG several times a year found its presence in the Yellow Sea during annual joint exercises with South Korea near the Korean Peninsula or simply by conducting combat patrols; however, the difference lies in their distance from the Chinese coast. This time, the aircraft carrier “Washington” finally decided not to enter the Yellow Sea, both because of the extremely dense program of maneuvers and because the Chinese authorities made an unprecedented series of consistent statements, expressing a clear position against the exercises American aircraft carriers that rarely met in stories Sino-US relations. 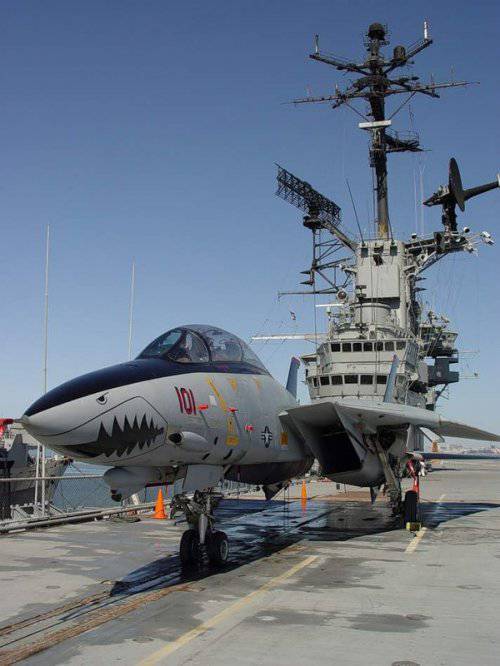 The “incident with maneuvers in the Yellow Sea” shows that against its background a difficult “situation with aircraft carriers” is forming, when following the continued expansion of China’s claims to its maritime rights and interests, as well as the steady process of modernizing its naval forces, it is vital for China to form a reliable maritime A “safety arc” that would protect its developing coastal economic zone through the creation (primarily militarily) of a “forbidden area” for aircraft carriers. The United States, as in the years of the Cold War, will continue to try to implement a “blockade of China”, in which AUG is the best tool for exerting military pressure. From a strategic point of view, it is practically impossible to avoid a collision between the formation of the Chinese "security arc" and the American "blockade ring" and the Sino-American games of "to be or not to be aircraft carriers (near the Chinese coast)", without any doubt, will get further the more violent.

The phrase “Shang bin fa moe” (one of the treatises of Sun Tzu's “The Art of War”) roughly means “before you let the troops think out a strategic plan for defeating the enemy,” which corresponds to our expression “fight not by number but by skill”; interpretation taken in accordance with the Chinese online encyclopedia "Baidu" - approx. lane.) applied to the "difficult situation with aircraft carriers" can be deciphered as follows: first of all, it is necessary to conduct "verbal attacks", where you can clearly define the maritime areas: (inland areas of the Yellow Sea "Beijing-Tianjin Gate", "Jiangsu and Shandong Provinces" and "Security Fringe Areas"), discuss the emergence in which American aircraft carriers advance to the level of strategic relations between China and the US, as well as carry out political and diplomatic pressure on the United States until they abandon their plans.

However, simple “verbal attacks” are ineffective, and they must be supported by a second plan of “civilized military preparations”, implying military preparations, such as actions to prevent observation of the main objects in coastal areas, along with all political and diplomatic methods. , strengthening convoying and tracking of US aircraft carriers, conducting counter-exercises in key offshore areas and others.

If the Americans do not pay attention to the harsh Chinese opposition and strengthen their presence in the Chinese littoral, creating a greater danger to Chinese sovereignty and the country's security, then along with control and monitoring, strategic counter-deterrence measures must be taken in a timely manner. Namely: on the one hand, strategic submarines must go to sea to the positions indicated in advance, long-range land-based missile systems must be brought on high alert (as in the event of war), on the other hand - it is necessary to provide sufficient American military pressure and through the threat of aircraft carriers to achieve their strategic goals of counter-deterrence.