Reflections on the discussion of the "4202 project" in foreign media ...

August 3 2015
70
I accidentally came across an article by Alexey Anpilogov “Sarmat”, which will replace “Satan”. Bluff or reality? (http://alex-anpilogov.livejournal.com/42507.html). Horror. Horror-horror. If the first, political part of the article still correlates with reality, then the second, technical, it is more logical to call “How to make wrong conclusions on the basis of incorrect initial data”. Figures, “facts”, comparisons - hard fantasy. And Sinev flies on 8300 km, as if 11 was not 2008 in October, and Yars is inferior to the oldest Minuteman, and MX has the accuracy of “+ -40”. Just save this text. After a while, when a new complex appears, compare, I think, it will be interesting.

Well, for now there is a little time, a small note on the work being done, including on the new rocket and its combat equipment.

Currently, almost completed research on the ongoing operational-strategic and technical aspects of creating high-precision strategic missile weapons (VTRSO). In a number of research and developmental works, the military-strategic expediency of creating a new RTRCO with new equipment, including penetrating warheads, in both nuclear and conventional (non-nuclear) equipment and ultra-low-power nuclear equipment has been substantiated.

The threat of use or limited phased use of a VTRSO under certain conditions can deter the opposing side from unleashing or escalating aggression against the Russian Federation with conventional weapons and ultra-low power nuclear weapons. The deterrent is the ability of the enemy to inflict damage, depending on the current military strategic situation - in local, regional or large-scale wars, by ensuring the destruction of strategic facilities in areas inaccessible to general-purpose forces. 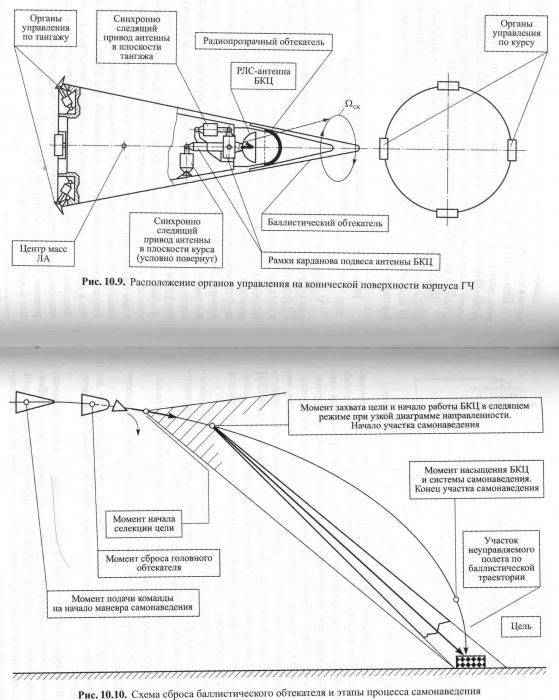 From the textbook of L.N. Lysenko “Pointing and Navigation of Ballistic Missiles”, MSTU. Bauman
This direction is to create controlled weapons (USP) on a cross-species basis with maximum use of the existing scientific, technical and technological reserves and existing key components in the organizations of industry and the Ministry of Defense of Russia. USP data will be part of reconnaissance-strike complexes with precision intellectualized control systems of a new generation, allowing to ensure the defeat of highly secure stationary, and later on, mobile targets under the influence of the anti-aircraft defense and radio and optical-electronic countermeasures of the enemy.

This task can be successfully solved with the help of the USP on the basis of modular hypersonic winged apparatus (MGUKA), the tests of one of the versions of which are currently underway and detachable homing strike (EIT). 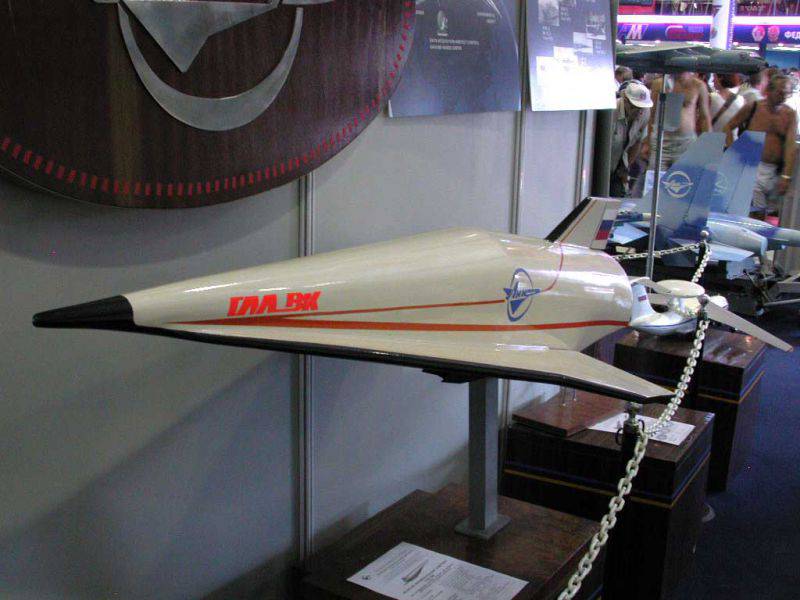 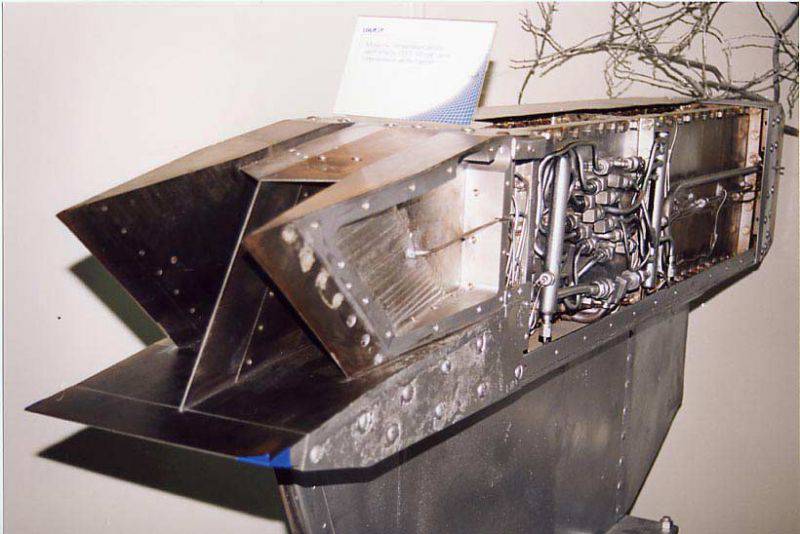 Section Experimental Scramjet
Along with the capabilities of MGUKA and SPE, bypassing the zones affected by the missile defense system, the necessary conditions are provided for the operation of satellite and special navigation systems and an integrated multi-band optical-electronic correction and homing system in the final part of the trajectory. The proposed construction of MGUKA provides delivery of EIT in a given area with the required parameters of its movement and their separation at high speed pressures. At the site of the marching flight of the maneuvering MGUKA, its trajectory is corrected using navigation systems and a radio altimeter.

After separation, the POC performs an autonomous controlled flight to the target area, where conditions for the functioning of finishing guidance systems in the final part of the trajectory are provided. 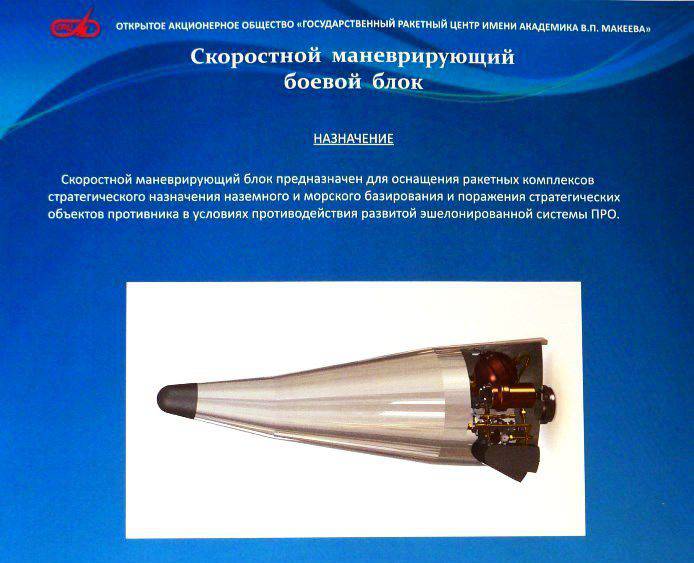 SPE is created on the basis of the existing scientific and technical reserve for air-to-surface missiles, maneuvering blocks, etc., created within the frameworks of the “Fint”, “Zigzag”, “Bolid”, etc. The integrated multirange correction and homing system together with the navigation system provides high-precision guidance of the EIT on the target, practically, in any conditions of application at strategic and medium distances.

A self-guided striking element, depending on specific tasks, can be equipped with a penetrating element with a specialized non-nuclear warhead, or modifications of low- and ultra-low-power nuclear weapons. For the "heavy" ICBM, an original design of MGUKA and SPE was proposed, with charges of increased and large power classes, ensuring the defeat of particularly significant highly protected objects.

According to preliminary estimates, nuclear and conventional equipment options due to the high accuracy of delivery, the special design of the combat compartment and the EIT penetrator ensure the destruction of strategic targets embedded in the ground to a depth of 30 ... 100m, the destruction of internal premises of the "reinforced concrete bunker" type with a total thickness of reinforced concrete shelters to 5 ... 12m.

The analysis showed that the proposed heat-shielding design of MGUKA, the trajectory features of the flight of MGUKA and SPE, and the active and passive PCB components that make up the combat completeness make it possible to effectively overcome a promising air defense system even with single missile launches.

Currently, taking into account the special significance of these works, their integration is carried out at 4 Central Research Institute under the special theme "Shlyambur", which combines the groundwork for many R & D projects - Nonius, Zigzag, Oval, Capsule, Yars, “Sarmat”, “Avangard”, “Concession”, “Rosbor”, “Iskander”, complex targeted programs “Rapier” and “Hypersound”, a number of other topics in order to maximize the use of the existing (developed) key components of VTRSO.