August 2 2015
87
Today is 2 August, which means, with the holiday, winged infantry! Happy Airborne troops, the country! Those born on the Voronezh land in the distant 1930 year, the Airborne Forces celebrate not just a holiday, but also a remarkable anniversary - their 85 anniversary. And this is an excellent occasion to remind the "friends" of Russia, what the Airborne Forces are, and what kind of people were forged in the Airborne Forces for history the existence of this kind of troops of the Armed Forces. 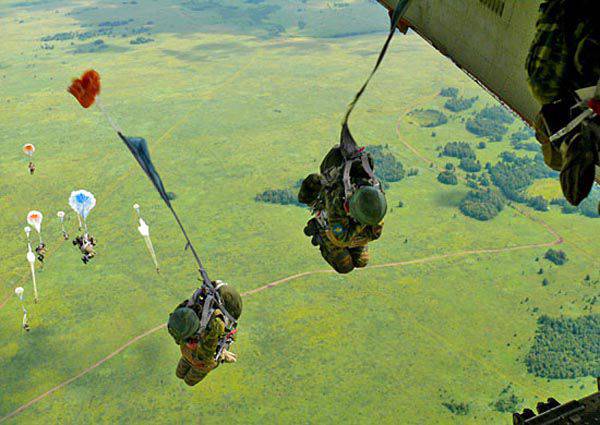 The first commander of the Airborne Forces was a native of the Saratov Region, Vasily Afanasyevich Glazunov. Vasily Afanasyevich passed a big army way from the ordinary army of the Russian Empire to the general-lieutenant, Twice Hero of the Soviet Union. The command of troops, Vasily Glazunov, began in the most difficult period - in August 1941, when the Nazis continued to occupy more and more Soviet territories, inflicting major defeats on the Red Army. However, even then, the Airborne Forces fighters were able to distinguish themselves by successful operations behind enemy lines, when the garrisons of the German fascist troops were crushed as a result of lightning-fast raids by Soviet winged infantry.

Under the command of Vasily Glazunov, at the beginning of 1942, the Vyazemsky airborne operation was prepared and conducted, during which more than 15 thousands of fighters were parachuted to the enemy’s rear. Despite the extremely unfortunate outcome of the entire Rzhev-Vyazma offensive operation of the Red Army, the actions of the Glazunov paratroopers in the rear of the enemy were quite successful. According to one of the German officers who took part in the battles of Vyazma and Rzhev, “the Russian troops in our rear felt at home, imposing exhausting battles.”

In the years of the Great Patriotic War, the Airborne Forces fighters took part in hundreds of operations on various fronts and directions from Stalingrad to Budapest, from Moscow to Königsberg and Berlin. However, the Soviet winged infantry began to show itself even before the start of the big war. One of these "pre-war" operations is the airborne operation in Bessarabia, which by that time was occupied by Romania. 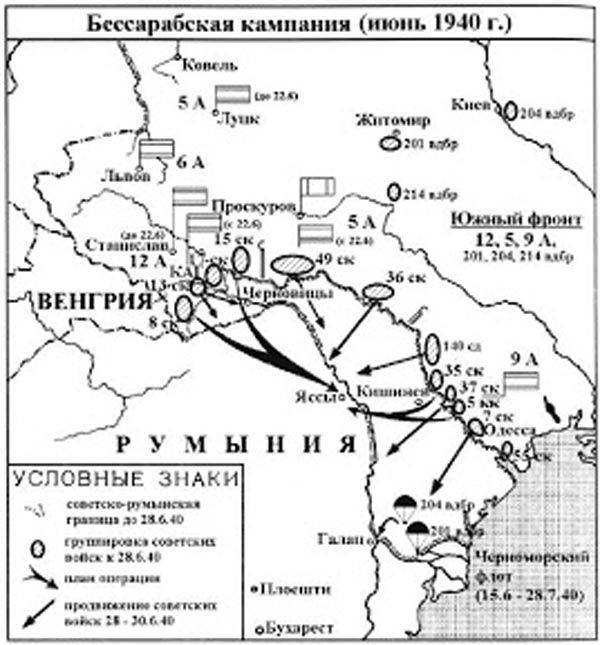 On June 28, 1940, through the commander of the 209th heavy air brigade, the 204th airborne brigade of Colonel Joseph Gubarevich received an assignment for ejection. At 4:00, the brigade personnel were concentrated on the runway, and at around 9:00 the loading of aircraft began. The command then took a serious risk, because before the start of the operation, reconnaissance of the landing area was not carried out, and transport aircraft were not covered by a fighter aviation. By 9.30 a.m., 99 TB-3 planes with 1422 armed paratroopers on board took off, and at about 14:30 p.m. paratroopers landed 10 km north of Bolgrad. 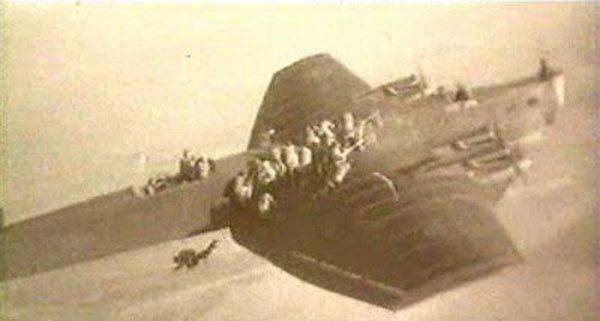 After the Bessarabian airborne operation, the command made conclusions from the mistakes and omissions made, which served as the beginning of the formation of a special tactics and strategy for the landing of troops to the rear of the enemy.

And after the Great Patriotic War, virtually no armed conflict was complete without the participation of winged infantry. These are the fighting in Afghanistan, the Chechen campaigns, the operation to force Georgia to peace. One of the striking examples of lightning and successful actions of Russian paratroopers was the famous march of airborne troops on Pristina (Kosovo, Serbia) in 1999 year. The actions of the paratroopers allowed to seize the Pristina airport Slatina, ahead of the NATO military, who tried to take control of the entire territory of the republic in the course of military operations against Belgrade.

Unfortunately, the then authorities of the country could not take full advantage of the tremendous success of the airborne troops to protect the interests of Russia in the Balkans, but, as they say, this is a completely different story, and I don’t want to think about politics on a holiday. 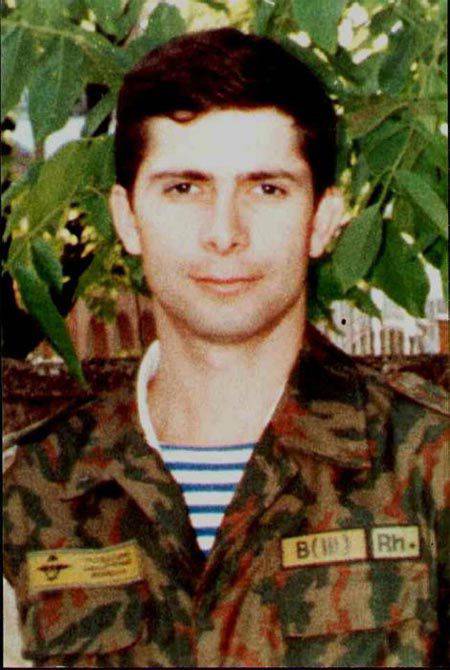 90 Russian paratroopers then resisted about 2,5 thousands of terrorists. During the battles 84 of the paratrooper were killed, the losses of the militants were at least 400 "man." The feat of the Pskov paratroopers under Ulus-Kert is the personification of courage and resilience. On this day, I would like to honor the memory of the fallen airborne fighters and express admiration for their heroism and courage. 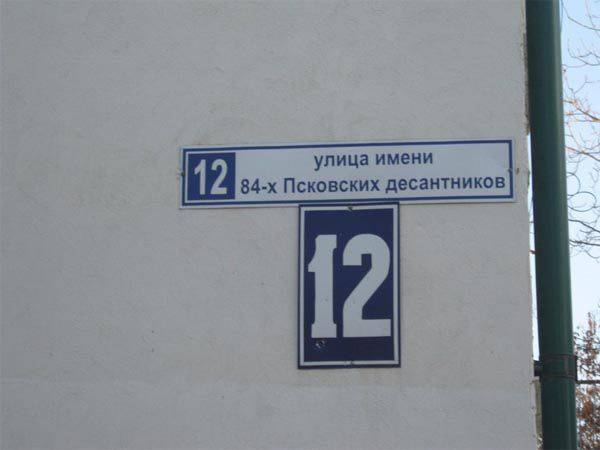 All active military servicemen and veterans of the Airborne Forces “Military Review” congratulate with the holiday, which itself managed to become a real event in the festive calendar of the Fatherland!
Ctrl Enter
Noticed oshЫbku Highlight text and press. Ctrl + Enter
We are
Anniversary of the famous Borisoglebsky Aviation School (BVVAUL named after V.P. Chkalov). Report "Military Review"
Military Reviewin Yandex News
Military Reviewin Google News
87 comments
Information
Dear reader, to leave comments on the publication, you must to register.