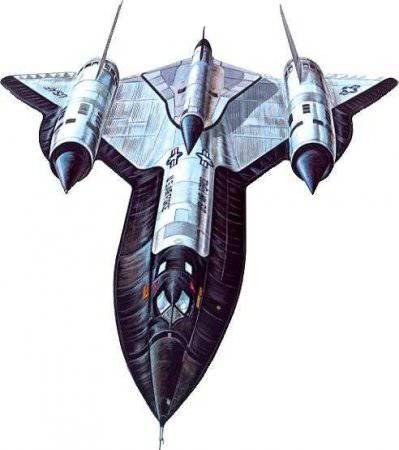 The program was launched in 1962 g. She anticipated the creation of a complex for conducting reconnaissance in the deep rear of the enemy. The UAV was supposed to carry one high resolution camera.

At the start of the 60-x, the development of a prospective reconnaissance aircraft began. Work on the creation of the aircraft then took over the top-secret branch of the company Lockheed, known as Skunk works. To create a technical task, studies were conducted, the purpose of which was to assess the influence of various parameters of the aircraft on the probability of hitting the enemy's air defense aircraft. It can be said that this was the first time when the developers detected the EPR of the aircraft.

The high-altitude reconnaissance A-12 developed by this program had characteristics unique for its time. The hull was on Titanium 85%, which was due to the high flight speeds at which the aircraft skin was heated by air friction. Sheathing could withstand continuous heating at 210 degrees Celsius.

In 1962, the CIA, together with the US Air Force, ordered the development of a high-altitude, high-speed UAV to begin. The task was entrusted to Skunk works. It was decided to use the aircraft A-12 as a pilot UAV. The UAV received the Q-12 cipher. He used all the key A-12 technologies, such as the shape of the wing and the titanium case. 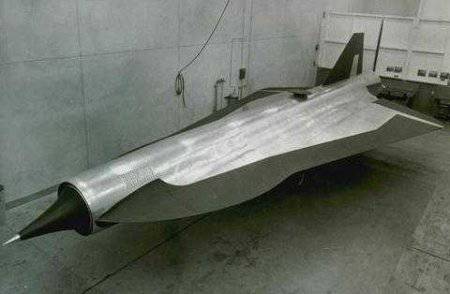 The test version was ready in December 1962. Tests have shown that the UAV has extremely low EPR. Tests in the aerodynamic tube showed fidelity in the calculations of the developers. The army immediately became interested in this apparatus, and the military was interested in using the UAV both as a reconnaissance aircraft and as a cruise missile. In May, 1963, the Skunk works, received the green light to create a complete model and to conduct tests. The A-12 aircraft was remade, it was made two-seater and the rear part was slightly modified for the attachment of the UAV. It was created 2 such aircraft. 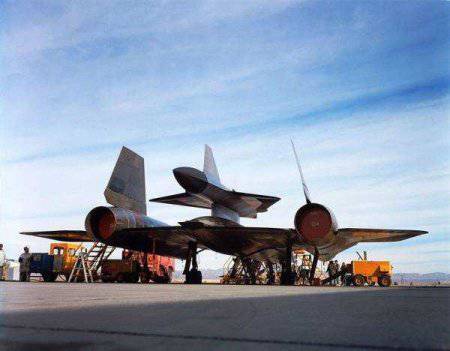 The first successful test was made in 1966 year. In the same year, successful launches were performed at 3.3M speed and 27 000 m altitude. In the same year, there was a catastrophe at 3 M speed, the BLA hooked the aircraft carrier, after which both collapsed. Both pilots ejected and fell apart, but only one survived the crash, the other suffocated due to the depressurization of the suit.