Capture of Russian aircraft in Afghanistan 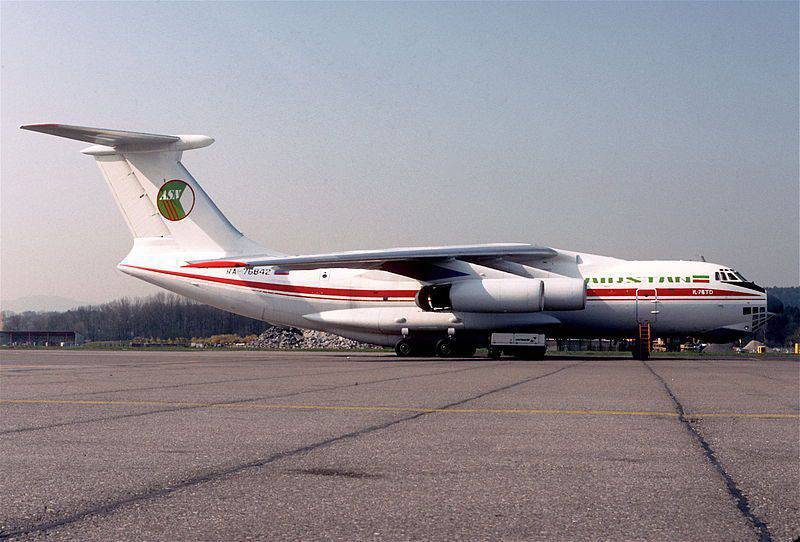 3 August 1995, the Il-76TD aircraft under the tail number RA-76842, which belonged to the Kazan company Aerostan, flew from Albanian Tirana to Bagram. The crew of the aircraft included: aircraft commander Vladimir Ilyich Sharpatov, co-pilot Gazinur Garifzyanovich Khairullin, navigator Alexander Viktorovich Zdor, flight engineer Askhat Minakhmetovich Abbyazov, flight attendant Yuri Nikolaevich Vishivtsev, flight engineer Sergey Borisovich Butuzov and flight engineer Viktor Petrovich Rtiov The plane made a commercial flight commissioned by the Rabbani government in Kabul, in the framework of an intergovernmental agreement with Albania on the Tirana – Kabul (Bagram) route and transported ammunition to arms. Receive the goods had to "Northern Alliance". The Bagram airfield was controlled by the troops of Ahmad Shah Massoud, who was the worst enemy of the Taliban movement. Afghanistan at that time was engulfed in a civil war, in which the main players were the Taliban and the Northern Alliance.

The crew already operated similar flights to Bagram, carrying various cargoes. The flight from Tirana with ammunition was the third after two of the same, quite prosperous. However, this time it “didn’t go off”. Over Afghanistan, the plane was intercepted by the Taliban Air Force and, under the threat of attack, was forced to land in the Kandahar region under the pretext of inspecting the cargo.

Russian pilots stayed in captivity for a long time - more than a year (378 days). The situation was difficult, the crew members not only experienced various domestic difficulties (heat, lack of water, normal food, confinement), but also feared for their lives. They were transporting weapons to the enemies of the Taliban, and they could be killed. Nobody could prevent the Taliban from executing the pilots. In addition, the Russian authorities did not make any noticeable efforts to free them. Moscow’s foreign policy positions in the 1990s were extremely weak. Captivity was delayed and could lead to tragedy. The Taliban offered Russian pilots to convert to Islam, so that it could lead to the relief of fate.

Как recalled Vladimir Sharpatov: “They fed us“ nasty. ” Nobody was allowed to visit us, the mullahs came to us, they said that we should accept Islam. We refused, but learned a few prayers. ” “We did not know what will happen tomorrow, we lived in uncertainty. The worst day in captivity is when one night the guards woke us up and put us on a bus. I have already decided that we are being taken to be shot. It turned out that they wanted to hide us, as information appeared in the Russian media that the military are preparing an operation for our release. ”

To preserve the technical readiness of the valuable aircraft, the Taliban allowed crew members to periodically inspect the car. As Sharpatov noted: “We saw their interest in the aircraft, they began to persuade that it was necessary to do maintenance for the aircraft, otherwise it would not fly. Over time, the Taliban explained the value of the “Elah” captured by them. That it requires regular maintenance. Crew. In full force.

This created the possibility of organizing escape, since the convoy was small, and its vigilance for a long time dulled. On the other hand, the crew managed to achieve the right to rare personal meetings, including with other representatives of the Russian authorities in Afghanistan and Pakistan, as well as the transfer of mail, which allowed discussing the details of a possible escape. Timur Akulov, representative of the President of Tatarstan M. Shaimiev, came to the pilots. He tried to buy the pilots for parts for helicopters, but the Taliban refused the deal.

16 August 1996, with the next maintenance, the reason for which was the damaged wheel chassis, the pilots were able to get on board the aircraft. The moment was convenient for escape, since almost all the guards left to pray. The spacecraft commander Vladimir Sharpatov alternately warmed up the engines. After making sure that their actions did not cause any suspicion among the Taliban, the commander ordered the flight engineer to close the cargo ramp located in the tail section of the aircraft. Then I drove on the runway and lifted the car into the air. When the three remaining guards began to figure out what it all means, resourceful pilots explained to them that, according to the instructions, they needed to make a test flight, then they would land Il.

Airfield services could not prevent the takeoff, and the Taliban did not lift the fighter into the air. The fighter pilot went to his native village that day to visit relatives. To deceive possible pursuers, the pilot directed the plane not to the north, towards Russia, but to the west. In accordance with the air corridor agreed with Tehran, IL-76 made an hour and a half flight to the United Arab Emirates. When they flew up to the border, the guards tried to resist, but they were able to disarm and tie. There was enough fuel for the flight, since the aircraft before the flight to Kabul was refueled with the expectation of a return flight, and the fuel was not drained. In Sharjah the heroes were already met by representatives of the Russian embassy

On the night of 18 on 19 of August, the Russian pilots returned safely to Kazan. By the decree of the President of the Russian Federation No. 1225 of 22 of August 1996, for the heroism, courage and resilience shown during the liberation of Vladimir Ilyich Sharpatov from the forced stay in the territory of Afghanistan, he was awarded the title of Hero of the Russian Federation with the Golden Star medal. The star of the Hero of Russia to the pilot was presented in the Kremlin by the head of the Russian government Viktor Chernomyrdin. By the same decrees, a high rank was given to co-pilot Gazinur Khairullin. The rest of the crew: navigator Alexander Zdora, flight engineer Askhat Abbyazov, leading engineers Sergey Butuzov, Victor Ryazanov, flight operator Yury Vishivtsev, were awarded the Order of Courage.

Based on these events, director Andrei Kavun made the film Kandahar, which premiered in February 2010 of the year (the movie was released worldwide as “The Crew”).