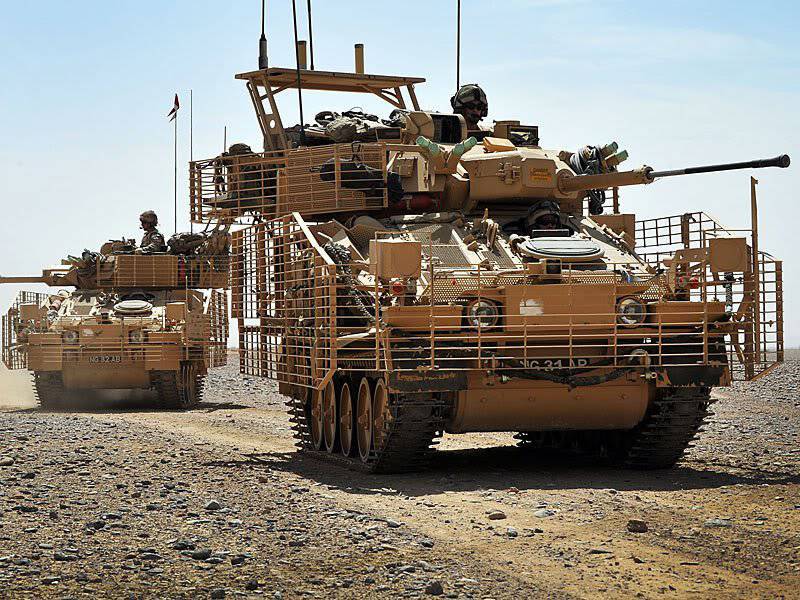 Over the past few months, the British military contingent in Afghanistan “ISAF” has been gradually re-equipped with modernized, tracked combat and auxiliary vehicles of the “CVR (T) Mk 2” series based on light British armored reconnaissance tank "Scorpion".

Military equipment was supplied to the units of the Royal Intelligence Regiment 9th / 12th Royal Lancers, which is located in the Helmand province of Afghanistan. New cars were shipped to Afghanistan by An-124-100 Russian Volga-Dnepr company. The armored vehicles of the CVR (T) Mk 2 series, which have become operational to the peacekeeping contingent, have already taken part in combat conflicts.

In December 2010, BAE Systems entered into a contract with the British military to accelerate the upgrading of 58 light reconnaissance vehicles CVR (T) under the Transformer project for British peacekeeping forces in Afghanistan, the estimated cost of which is 50 million dollars.

BAE Systems Corporation, even before the conclusion of the contract, conducted successful tests of the serial CVR (T) prototypes - two Spartan Mk 2 armored personnel carriers and one Scimitar Mk 2 armored vehicles - in Jordan.

7 combat vehicles are already in Afghanistan on combat duty of the UK peacekeeping forces. Delivery of the upgraded equipment will last until spring 2012. 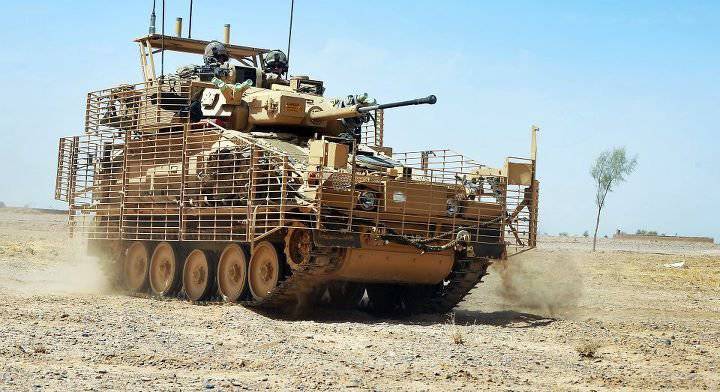 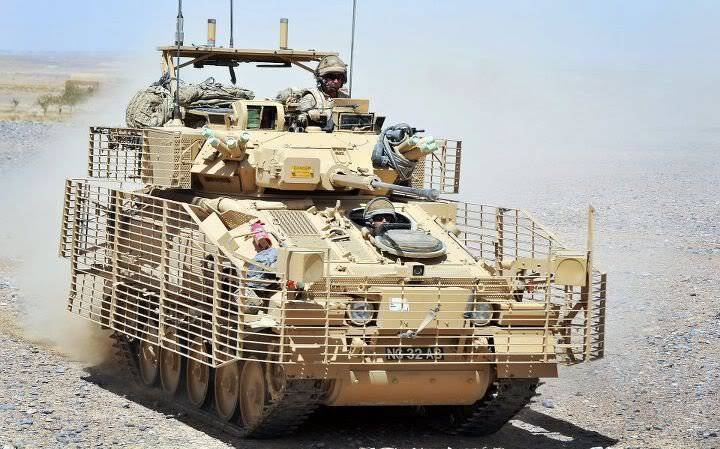 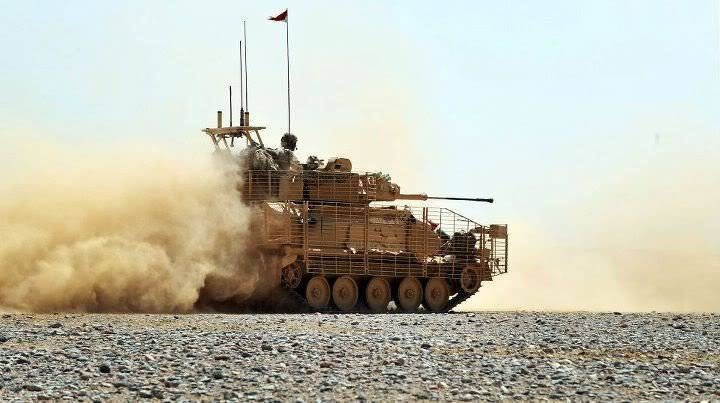 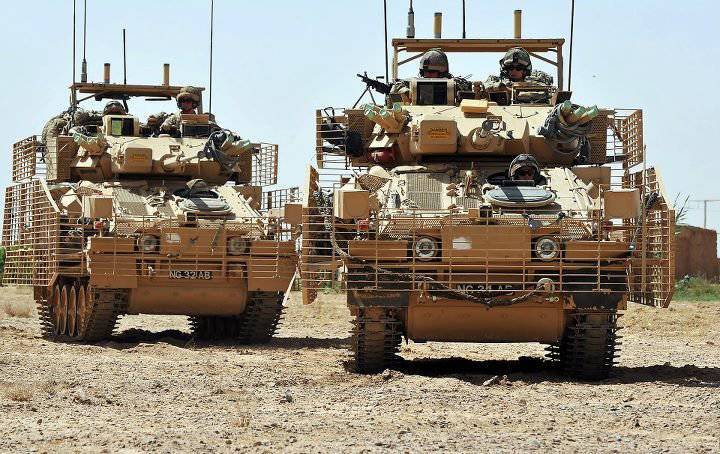 “CVR” is an abbreviation of “Combat Vehicle Reconnaissance,” which literally means “combat reconnaissance vehicle” from English. Purpose - reconnaissance and combat use. Created specifically for air transport to the site of action.
In the 70 years of the last century, with the advent of the technology of manufacturing armor using aluminum and its alloys, the era of armored vehicles on a tracked basis, with automobile units and aggregates, begins. The first company to undertake the creation of a light tank was the English company Elvis.
The first samples of the new equipment successfully completed factory and combat tests at the end of 70, and in 1972, the first light tanks were put into service. The tanks are called the “Scorpion” of the FV-101 series according to the English internal designation system; according to the general system, the tank is called the “CVR (T)”. The letter "T" in the designation means that the machine has a tracked basis.

The name "Scorpion" was received by the combat vehicle because of the location of the tower, which makes it look like a scorpion's tail.

The car is equipped with the usual six-cylinder petrol engine rated at 195 horsepower, manual transmission with the 7-th forward and front gears. Track rollers for tracked tracks are made of aluminum alloys, tracked steel tracks.

Variants of technology based on the project "CVR (T)":

The Stryker self-propelled FV-102 ATGM with the Stingfire ATGM. The purpose is to counter and destroy heavy enemy armored vehicles. 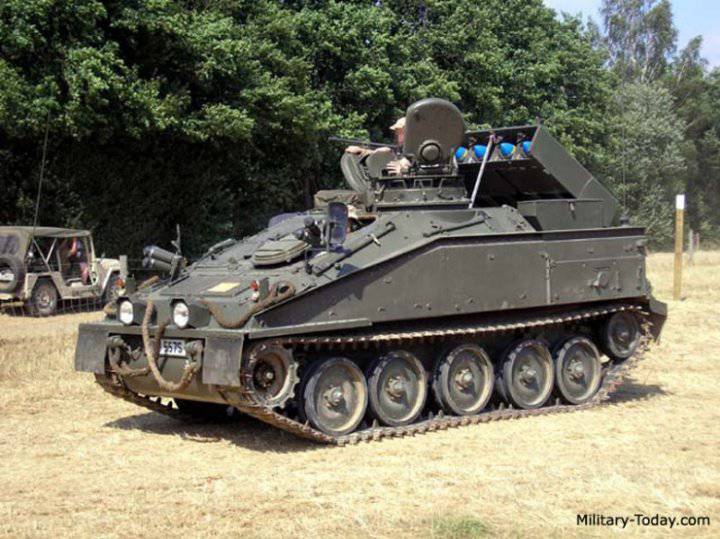 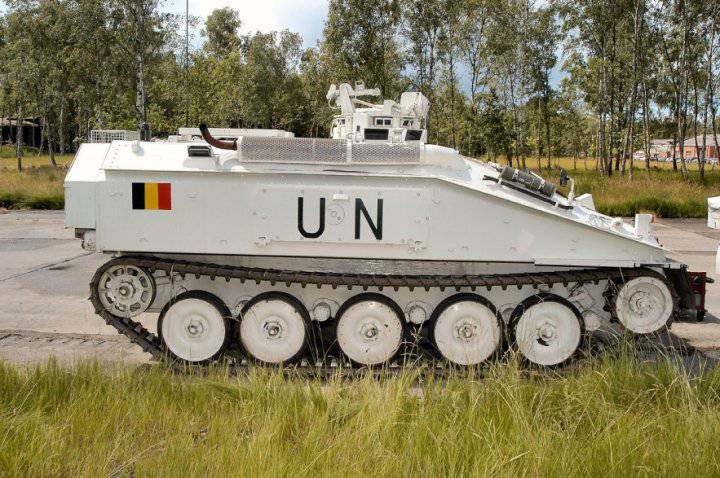 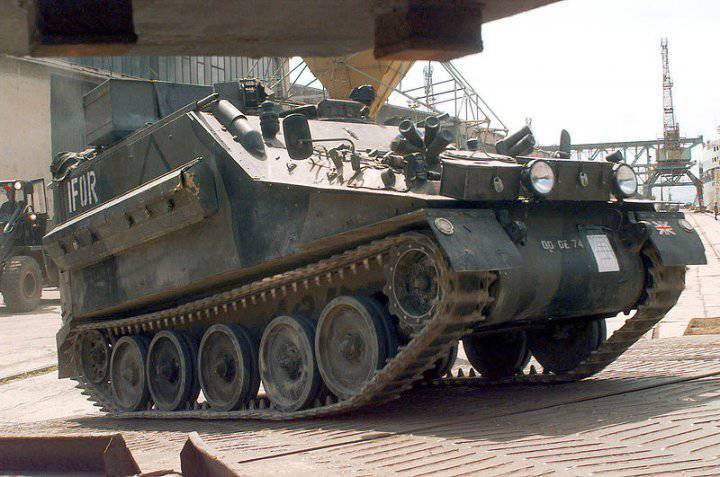 Military ambulance "Samaritan" series FV-104. The purpose is to transport wounded soldiers to 5. 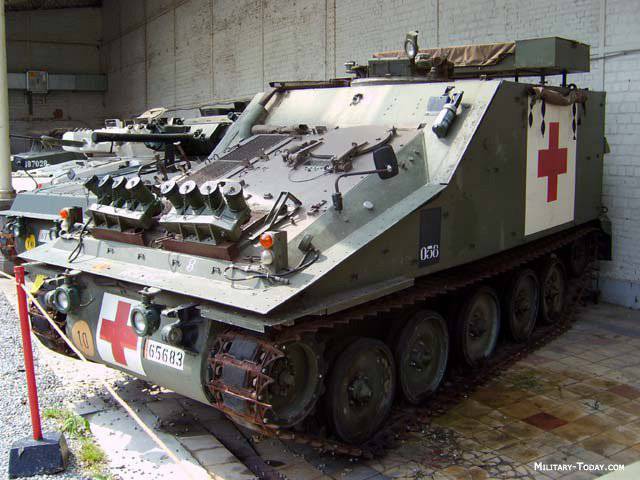 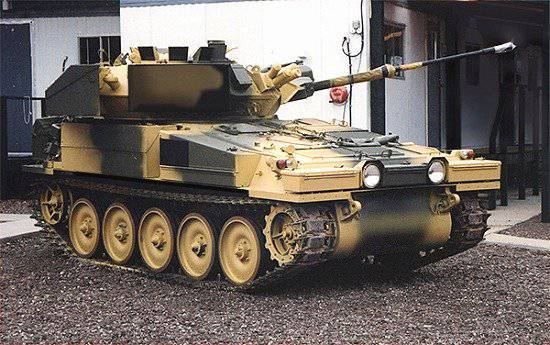 Evacuation and repair car "Samson" series FV 106. Appointment - the auxiliary machine for divisions with machines "CVR (T)". Evacuation and movement of both the CVR (T) themselves and other armored vehicles. 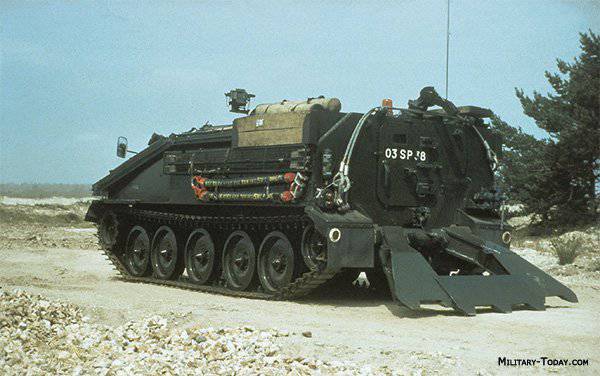 The Stormer armored personnel carrier of the FV4333 series with a 7.62 caliber mm. Appointment - transportation of infantry, joint fighting. 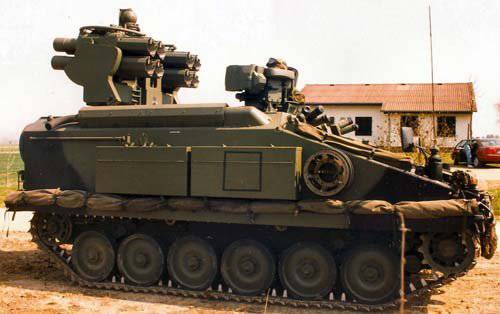 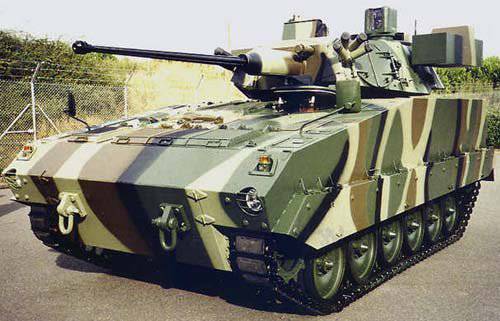 - control vehicles, self-propelled mortars and a number of other machines that are in the design state or the stage of experimental machines.

We are in Yandex Zen
Armored personnel carrier Pansarbandvagn 302 from BAE Systems
Overview of armored transporters and infantry fighting vehicles (Part of 1)
17 comments
Information
Dear reader, to leave comments on the publication, you must to register.