July 31 2015
48
Ukrainian and Western media cheerfully report that the Constitutional Court of Ukraine "approved the draft decentralization." We are talking about amending the Constitution, according to which Kiev allegedly transfers more powers to the regions, while maintaining the unitary form for the state. The bill, introduced to the Verkhovna Rada of Ukraine by President Poroshenko, provides for the administrative-territorial division of Ukraine into regions, districts and communities, and also provides for the replacement of the current local state administrations by prefectures. At the same time, the President is entitled to suspend the powers of the heads of any territorial units in the event that the “unconstitutional decisions” are made. 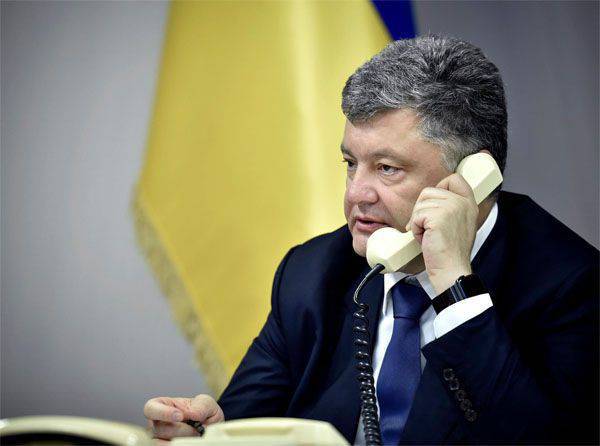 German media are “encouraged” by the fact that the draft provides for a clause in the country's Constitution stating that “the particularities of exercising local self-government in certain regions of the Donetsk and Lugansk regions are determined by a separate law”. Reports about it Deutsche Welle.

Ukrainian radicals managed to speak out about the constitutional changes approved by the Constitutional Court of Ukraine. Combat deputy Semenchenko expressed dissatisfaction with the fact that Kiev is still promoting the “special status” at the legislative level. On his Facebook page, Semenchenko writes:

"This is just a preliminary vote ..."
"The constitutional court still has to give conclusions ..."
"300 votes will not be gathered in the hall .."
"This is what Europe wants ..."
"These are just minor changes ..."
"What can I do..."
Excuses, excuses, self-deception.
The Constitutional Court, of course, approved the changes to the Constitution. A very active and tough job is underway to collect 300 votes for voting.
"What can I do"? And what could Zhiznevsky do? What could those lads who continue to die in the East to do so that we all had time to build the state of Ukraine? " What can I do? ". Be the master of your will and the slave of your conscience. Do not take money, do not listen to threats, do not be led to a soothing lie.

Lyashko:
The judges of the Constitutional Court in favor of the president “did not see” anything unconstitutional in the special status of Donbass and the legalization of terrorists. Now they want to break the deputies through the knee too. But neither pressure, nor money will force us to vote for treacherous and anti-Ukrainian changes to the Constitution. Our heroes didn’t die for that, so that we would bring to power those who killed them. Today's decision of the COP is aimed at splitting and destroying Ukraine.

Mosiychuk:
(...) He expressed his personal, and the whole of the Radical Party, attitude to the shameful decision of the Constitutional Court on decentralization.
First, the Constitutional Court in this composition, where six judges are witnesses in the case of the usurpation of power by Yanukovych, and can become suspects at any moment, had no moral right to consider this case. Secondly, there is no talk about decentralization in this decision, it’s rather a matter of usurpation of power by the president and the special status of Donbass.

As you can see, Poroshenko through Payette will now have to “convince” the radicals in I LIE again that the law is, in fact, a dummy.