Is the EU decline being postponed? 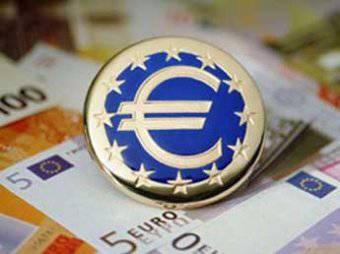 For a long time, the governments of the European Union countries were arguing about what financial sacrifices should be made for the common cause. And finally, they decided on a plan for the EU to get out of the debt crisis. But will the EU save this plan?


October 26 at the EU summit reached an agreement on the recapitalization of European banks. Private investors managed to persuade them to write off half the debt burden of Greece (debt reaches the size of 350 billion euros, of which private investors own 210 billion). The European Financial Stability Facility is planning to increase trillions of euros to 1, and it will apparently be filled by developing countries (BRIC) and the International Monetary Fund.

It should be noted that Greece is on the verge of default, since it cannot fulfill its loan obligations. The second most complicated financial situation in the EU country is Italy with 1,9 national debt in the amount of trillion euros, 120% of the state’s GDP. Italian Prime Minister Silvio Berlusconi said that the plan to reduce the debt of Italy will be ready for November 15. In the group of debtor-champions are also Spain, Portugal and Ireland.

These decisions came as a surprise to many, as the negotiations went on for a long time. Berlin was very cautious about the idea of ​​additional assistance to countries in crisis. Thus, German Federal Chancellor Angela Merkel was against the proposal of French President Nicolas Sarkozy to begin printing common debt bonds for HER. The fate of this idea has not yet been determined.

Polish Prime Minister Donald Tusk made a statement that until 30 June 2012, capital adequacy (this is the ability of a financial and credit organization to repay its obligations, despite financial losses), banks in Europe are planning to increase to 9%. So the EU leadership plans to make the banking system more resilient to possible financial risks.

According to the European Banking Organization (EBA), to increase capital adequacy, European banks need to allocate 106,4 billion euros. In the EBA they reported that additional financial investments are required by 70-ti EU financial institutions. At the summit, representatives of the European Union decided that financial resources for this purpose would be found, although they did not name specific sources.

Experts believe that Greek, Italian and Spanish banks, which are holders of sovereign debts of their states, need recapitalization the most. To a lesser extent, support is needed by Portuguese, French and German banks. The capital of the banks of Great Britain and Ireland was deemed sufficient.

During the talks, Angela Merkel, Nicolas Sarkozy, IMF Executive Director Christine Lagarde with the Head of the Institute of International Finance (influential banking lobbying structure) Charles Dallar, the EU leaders demanded that 60% be written off Greece. Dallara, who was authorized to protect the interests of private banks, said that such a radical solution to the Greek question could lead to the transfer of this model to other states.

As a result, agreed on a figure in 50%. Debt relief should change the ratio of Greek debt to a country's GDP. By 2020, it should decrease from the current 170% to 120%. In addition, the EU countries will provide Greece with additional financial assistance in the amount of 130 billion euros. The money will be allocated by the International Monetary Fund and the European Foundation for Financial Stability (EFSF).

Athens, on the other hand, should once again reduce government spending in order to reduce the budget deficit. Greece has already made a promise to do it. It is clear that ordinary citizens will not be happy this news. Greece has been shaken by protests for several months, some of which led to riots and clashes with the police.

The increase in the "fund to save Europe." The European Financial Stability Fund will be the main instrument for saving not only Greece, but also Italy, Spain, Portugal, Ireland. For this, the EFSF will increase to 1 trillion euros. Currently there are 440 billion euros in it.

The European leadership noted the fact that this amount will not save the EU from the debt crisis. To stabilize the EU financial market in the current environment can only fund whose size will be increased to 2 trillion euros.

Who will save Europe?

Interestingly, Paris and Berlin themselves are not going to fill this fund, at least completely. The EU leaders concluded that such a move could entail a downgrade of Germany and France. Therefore, we decided to involve in this case. developing countries of the BRICS and the IMF. So, in the same China, foreign exchange reserves exceed the number in 3 trillion dollars.

Beijing has already responded positively. Chinese Prime Minister Wen Jiabao declared the country's readiness to help the European Union, since the “financial tornado” in this region could deal a heavy blow to the largest export market of the PRC. French President Nicolas Sarkozy announced that in the near future he intends to begin negotiations with Hu Jintao regarding China’s participation in the EFSF. October 28 to EFFS head Klaus Regling is to arrive in Beijing.

The EU believes that Beijing could buy more government bonds of such countries as Greece, Italy and Spain, which could give Europe a stabilizing effect and prevent the potential default of these countries. Some experts suggest that China may increase the share of European debt securities in its foreign exchange reserves. Although it is doubtful that this will save the EU, temporarily reassuring the markets this measure will help, postponing the denouement. But for a radical change in the situation it is necessary to change the strategy, this is just a tactical step.

Beijing, apparently, will support the European Union, this step is beneficial to him. Firstly, he will receive another lever of political influence on the countries of Western Europe, it will be easier to put pressure on them in order to obtain the latest technologies, including the military. Secondly, saving the EU, the Chinese save their economy, delaying the beginning of the storm, which is beneficial to the United States. Thus, Professor of Economics at the University of Texas, James Galbraith, believes that the debt crisis of EU countries will lead to an explosion of violence that will start in peripheral countries, and at some point "the destruction of society will become intolerable, and then an explosion will occur."

Japan. The head of the Ministry of Finance of Japan, Jun Azumi, made a statement that his country is ready to provide financial assistance to the European Union to solve its debt problems at any “right time”. The Japanese minister noted that stability in the European Union is in the interests of Tokyo. It should be noted that at present Japan has already bought back about 20% of EU debt bonds.

Among other countries that can help rescue the EU, called Norway, Russia, South Korea, Australia, the oil monarchies of the Persian Gulf.

The position of the United States

White House spokesman Jay Carney said the United States is not ready to provide assistance to European Union countries that are suffering financial distress. According to him, Washington will not directly provide financial assistance to Europeans. The White House believes that the EU countries have sufficient financial potential to solve this problem. The leadership of European countries must show the political will to solve their debt problems.
Ctrl Enter
Noticed oshЫbku Highlight text and press. Ctrl + Enter
We are
Turkey and Greece. Cold War airspaceThe March "default" of America: the country will save Jack Lew
9 comments
Information
Dear reader, to leave comments on the publication, you must to register.