Chinese and Belarusian pontooners transported equipment through the Oka

July 30 2015
27
In preparation for the Open Water Competition, Chinese and Belarusian engineers transported military equipment through the Oka, reports RIA News message of the Ministry of Defense. 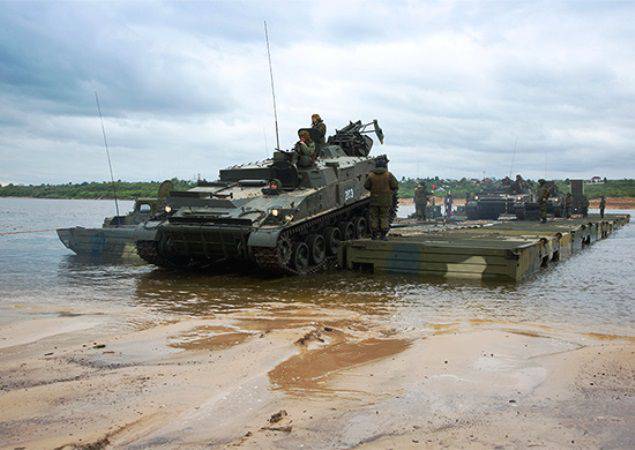 "In Murom, complex training of participants of the international stage of the engineering troops" Open Water "began in the framework of the" International Army Games 2015 "," the release said.

“In the course of training, military pontooners from China and Belarus assembled an 60-ton rotary ferry for the first time and carried armored vehicles across the Oka River,” the press service reported.

The Chinese used their engineering equipment that meets the technical requirements of the competition. She was delivered by train in quantities of more than 70 units.

“The national team of Belarus is competing in the Russian technology. In total, prior to the start of the competition, the military personnel will conduct nine comprehensive trainings, ”the military department was informed.