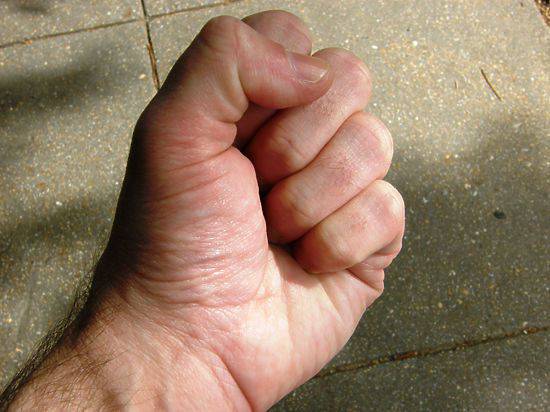 Global business does not allow the state to fulfill its obligations to the people.

The socio-economic policy of the Russian state cannot be explained without the hypothesis that it was formed at the beginning of 1990, even in the Union, as a tool to plunder the “Soviet legacy” and legalize what was stolen in fashionable countries as personal wealth. Already there is not much left of the “inheritance”, and problems appear with legalization - but the machine is screwed in a Soviet way reliably and continues to thresh, destroying the country.

This explains the strikingly unchanged throughout all 27 years of national betrayal (counting from Gorbachev’s economic reforms that brought down the consumer market) “mistakes” and “flaws”. Liberalism as a service of the interests of global business, not its people, that were affected by the elements of state administration, total corruption, unpunished arbitrariness of monopolies, difficult access to justice, compression of the social sphere as a universal answer to any financial problem - everything that chokes our society is easily explained by this hypothesis and hardly explained otherwise.

Those who like to blame the Western sanctions on the consequences of their own policy should be reminded: the Russian economy stopped accelerating its growth with a sharp (38%!) Rise in oil prices back in 2011. In 2012, due to accession to the WTO on deliberately enslaving, essentially colonial conditions, the previously rapid investment growth was replaced by an investment decline: as it was repeatedly warned, “all other things being equal,” either goods or investments enter the country. From January to August 2013, industrial production was slightly lower than last year's. The panic capital flight and the weakening of the ruble began in January 2014 - even with expensive oil, when the West unleashing a new Cold War against us was impossible to imagine.

The notorious sanctions deprived Russia of external lending - but the main harm was caused by the categorical unwillingness of the liberals to respond to the new situation and replace external loans with internal ones. After all, the state differs from the family in that it not only can, but is obliged to issue money according to the needs of its economy (such emission does not cause inflation if the arbitrariness of monopolies is limited), but, denying national sovereignty, global business, through the hands of liberals serving it, does not allow the state to fulfill their duties to the people.

In addition, in order to issue its currency according to the needs of its economy, and not in the amount that the West allows, it is necessary to separate
speculative money from investment: otherwise, loans for the development of production will go to the foreign exchange market and bring it down like in the autumn of 1992.

Such restrictions were imposed on all of the developed countries at our maturity stage of financial markets (therefore they became developed).
Market US canceled them (in the form of the Glass-Stigoll law) only in 1999 year.

But “what is allowed to Jupiter, the bull is not allowed” - Russian liberals do not dare to even think about it: such restrictions will infringe on the interests of the mainly speculative global business they serve.

Therefore, they refuse to restrict financial speculation and almost equally regulate speculative and productive capital, which suffocates the latter - and with them the entire real sector, again, as in 1990, is deprived of credit.

Under the guise of fighting inflation (caused primarily by devaluations and arbitrariness of the monopolies, and not by the growth of the money supply), the liberals in the Medvedev government and the Bank of Russia have tightened their financial policy to the utmost. In 2014, the money supply increased by 2,2%, in January-May of this year - by 0,6%: taking into account the rise in prices, the real money supply shrank by 15% in less than a year and a half. This is how the liberals destroyed the Russian economy in the monstrous for the country and the people, but their beloved 1990s. Demonetisation gives rise to an aggravating "money hunger" and not only blocks development, but also returns us to the realities of that time.

In June, the situation improved slightly: the industrial recession was reduced from May 5,5% to 4,8%, investment - from 7,6 to 7,1%, falling living standards - and altogether from 6,4 to 3,5%. But all this does not change the trend and therefore it comforts weakly.

The fall in the standard of living, the fear of the future, becoming overwhelmed by the loans collected in the "bright past" lead to a faster curtailment of consumption.

Of course, the June decline in retail turnover by 9,4% is better than the decline by 15% announced by the “profile” vice-premier Golodets — but the jokes in the “sick before sweating” style about their own lives have already ceased to amuse.

At the same time, the federal budget literally chokes on money: unused balances in its accounts on 1 in July amounted to 9,2 trillion rubles. With this money you can build a new Russia, more comfortable and modern than the current one, or more than seven months to finance all the expenses of the state, without collecting any taxes or fees.

But in accordance with the "Dvorkovich maxim", according to which Russia must pay for the financial stability of the United States, these funds are frozen, and their bulk is invested in US and eurozone securities.

Receiving inflationary revenues, the state not only does not increase spending in proportion to price increases (this is the only way to fulfill its promises in practice, not in words), but also reduces them, further worsening the economic situation and aggravating the lack of money. Cuts in spending create social and political tensions in the regions that threaten to turn into a full-fledged political crisis, often literally “on level ground”.

In September and December, the situation will worsen due to the peaks of payments on external debt - however, due to the cessation of foreign lending to Russia, these peaks will be the last significant ones.

In the fall, the strangulation of an agonizing economy with an excessively tight financial policy will require a new weakening of the ruble - at least to keep the recession within the symbolically significant 5%.

Dreams of import substitution, issued as policies, will also play a role. Without supporting the weakening of the ruble by either cheap loans, free production capacity and skilled labor, no easy access to infrastructure, or a stable sales market,
Liberals understand that devaluation remains the only way to support the economy at least temporarily, without improving anything in it.

The weakening of the ruble will be spontaneous - due to the neutrality of the Bank of Russia when a business leaves the currency market due to the payment of external debts. The positive effect of devaluation on production is steadily decreasing (already the depreciation of the exchange rate carried out from early January to mid-March 2014 was “enough” for only three months - until mid-July), and the negative social effect (primarily in the form of price increases) is growing and has long been exceeded all possible benefits for society from it.

Therefore, devaluation, accelerating the rise in prices, will increase the accumulated social tension, which only until then does not break the “Crimean” ratings - although it will temporarily support the economy and will allow saving a certain number of jobs without budget subsidies.

At the beginning of 2016, the economy will somewhat strengthen: exporters will continue to accumulate funds, and they will no longer have large-scale payments on foreign debts. The remaining funds at their disposal will grow - and they will support both the banking system and the real sector, into which they will partially leak.

But with the economy wide open (the conditions for joining the WTO put Russia in worse conditions than, for example, an immeasurably more competitive China), exporters, as well as others, will not have large-scale investment opportunities. Therefore, money will leave the country - if not in the order of repayment of debts of past years, then in the form of capital flight, driving Russia deeper and deeper into an all-encompassing socio-economic crisis in the style of the 1990s.

Without a radical change in the socio-economic policy, without moving from plundering and destroying the country to its complex creation, we are in for chaos, disorganization and Maidan, which can lead not only to the disintegration of Russia, but also to the destruction of Russian civilization itself.

It is possible that liberals serving global business, including those holding key posts in the government and the Bank of Russia, are striving for such a development of events consciously: it will allow global business to seize all the significant resources of our country almost cost-effectively and quickly dispose of everything it does not need.

But even if the liberal socio-economic policy that returns us to 1990 is the result of conscientious folly and misery, rather than deliberate betrayal, it’s not easier for anyone: the threats it generates do not weaken and will intensify until it disappears into oblivion with their carriers - or until they push us into another terrible catastrophe.