American drones have changed the face of the war in Libya 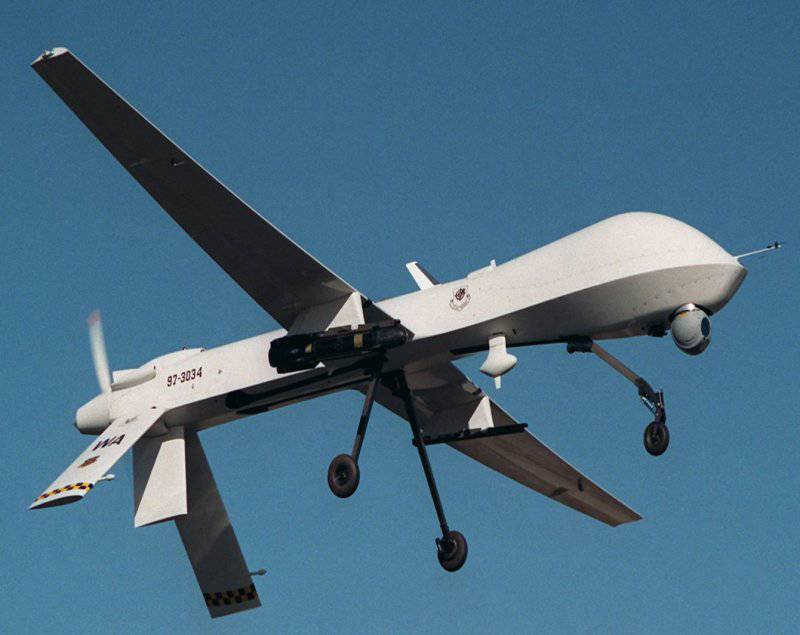 Taking into account the fact that the American army practically did not participate in military operations in Libyan territory, the American UAVs set a kind of record for the use of their firepower.

Predator drones arrived on the Libyan front three weeks after the start of the NATO military operation. But as reported by the US military, starting April 21, they set the AO record for missile and bomb strikes: 145. This figure is two times higher compared to 57 unmanned aviation strikes this year in Pakistan and an order of magnitude higher than the record year 2010, when UAVs struck Pakistani territory 117 times.

Even after the rebels captured the Libyan capital Tripoli at the end of August, the Predator air raids did not stop, having completed another 92 rocket attacks with Hellfire missiles in four months. The greatest activity was in the last two months (52 strike). This was due to the hunt for Muammar Gaddafi. As a result, it ended in the death of the former Libyan leader.

Thus, in the Libyan war, thus, the Predator UAV took the most direct part. Beginning in April, 397 145 air strikes were inflicted by Predator drones. This is an order of magnitude less - 554 airstrike that US troops inflicted on Afghan territory in September. Although it is necessary to take into account the fact that in Libya for the first time such a significant number of targets destroyed the UAV during the invasion of another country. It is necessary to take into account the fact that the “Predator” cannot overcome the enemy’s air defense. That is why the US Navy pre-hit the Libyan military facilities and air defense systems with Tomahawk missiles and manned aircraft. Thus, for the first time, the US military experienced the full extent of the doctrine of a distance war. Subsequently, it can become the so-called “long arm” doctrine, with the help of which the economic and military potentials of the enemy are destroyed.

To date, the Predator drone is a primitive, but at the same time very effective combat apparatus that can change the whole face of war.

Also in the armed forces of the anti-Libyan coalition were the atomic submarine “SSGN Florida” with 154-mine “Tomahawk” missiles, manned bombers and EW planes. In a relatively short time, the submarine used almost completely its own ammunition - 120 cruise missiles. During the operation, only one F-15E fighter was shot down. The Pentagon, thus, was able to get the idea that with the help of the UAV and the limited risk for its own soldiers, it is possible to destroy the enemy’s army and change the leadership of an enemy country. The US military believes that in the short term, manned fighter aircraft may be replaced by drone drone-type "X-47B", "Phantom Ray" and "Avenger". Unmanned “Fire Scout” helicopters will also come into service, which can perform “surgical precision operations”, for example, to search behind enemy lines behind camouflaged military targets and important people.

The US Army in the very near future will be able to carry out military operations, in the likeness of Libyan, with minimal risk to the lives of their military. This will lower the threshold for the use of force and will be the start of the newest type of war - distance wars. A distinctive feature of such wars will be the highest dynamism. This, in the first place, will be associated with the possibility of any risk in relation to unmanned aerial vehicles.

Thousands of kilometers of flights, unexpected air strikes across the entire depth of enemy territory and the lack of time for the enemy to respond - this is the usual scenario of remote wars. The financial component will not even become a limiting factor, since the loss of several drone drums at the price of 10-20 million dollars will not be a serious loss to the budget and the image of the army. Libyan military operation to the Pentagon cost 1,1 billion dollars (as of the end of September 2011). In order to destroy the whole state, this is a very low price. For example, trillions of dollars have been spent on the occupation of Afghanistan and Iraq.
Ctrl Enter

We are in Yandex Zen
An-12 in Afghanistan
Will X-47 change the look of the US carrier-based aircraft?
12 comments
Information
Dear reader, to leave comments on the publication, you must to register.