July 30 2015
84
On the eve of the President of Ukraine Petro Poroshenko told the population of Ukraine about why the standard of living of this very population fell. It turns out that the reason for this was not the mediocre leadership, whose main task is to meet their needs and the needs of henchmen, but “the aggression of Russia”. Ukropresident cites information service UNIAN:

I know how it is unbearably hard for most of you now, how many families are struggling to make ends meet. Unfortunately, to a large extent this is the price of war. During the war, investments did not come into the country, 25% of the industrial potential of Ukraine was stopped. In addition to the aggression in the east, the Russian Federation launched a real trade war against us, closing its markets for 50% of Ukraine’s exports, but we will survive. 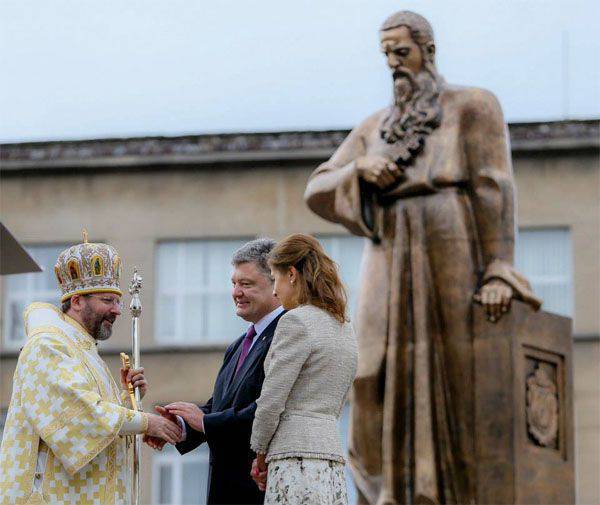 This is a hundred thousandth statement of Poroshenko about the war ... However, at the same time, the Ukrainian authorities still call the fighting in official documents an “anti-terrorist operation”, without imposing martial law. That is, from the rostrum - another wave of populism about “leading Ukraine of war with Russia”, and right there a statement that Russia is closing its markets for Ukraine. The “remarkable” in all respects Poroshenko’s logic causes ridicule even to those who actively supported his coming to power yesterday. In addition, Petro Poroshenko, who claims to have a “war with Russia,” Ukrainians once again reminded that his “candle factory” (“Roshen” factory) continues to work in Lipetsk ...
Military Reviewin Yandex News
Military Reviewin Yandex Zen
84 comments
Ad