Someone who Russified and destroyed the Holodomor 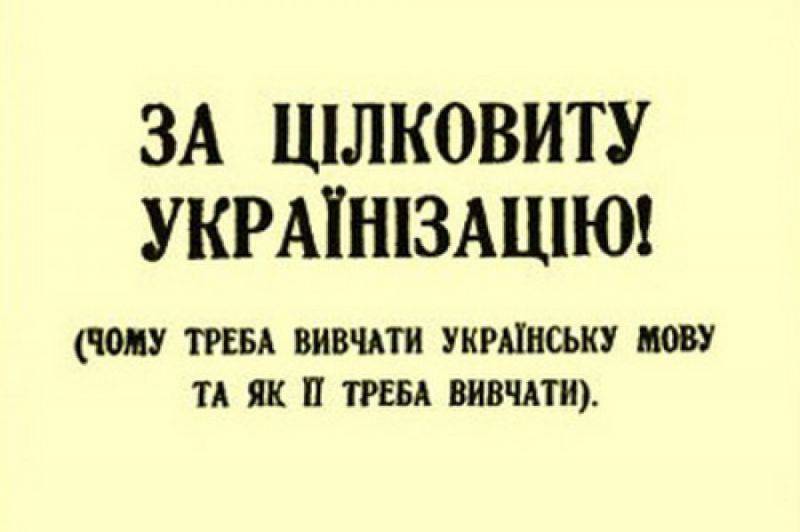 Recently, on our TV, various svidomye experts and political scientists, such as poor ignoramuses and provocateurs T. Voronova, V. Kovtun and O. Yakhno, tell tales in all respects that during the years of the Stalin famine the criminal communist regime deliberately destroyed the poor Ukrainians that was akin to the real genocide of the oldest nation in stories of mankind, who gave him a wheel, paper, gunpowder, founded Jerusalem and discovered America, etc. In order not to be unfounded, I will cite only three small facts, so that a respected reader will understand who Russified whom and who starved ...

1) After the February Revolution 1917, when the Central Rada headed by M. S. Hrushevsky, V. K. Vinnichenko and S. A. Petlyura, reigned in Kiev, the first stage of the forced Ukrainization of the entire Russian population of these territories immediately began in Little Russia and Novrossiya. . However, unexpectedly, the opportunity for the local Ukrainians to resurrect in the new guise of “Svidom Ukrainians” didn’t cause any excitement and euphoria to anyone except for a handful of yesterday’s rural intelligentsia.

Local villagers, at best, were completely indifferent to the nationalist slogans of the “Ukrainian svidomitov,” and they caused outright heartburn to the real Little Russian intelligentsia, especially when it suddenly turned out that the entire population of the UPR was to switch to the “Ukrainian language movement”, which no one could ever hear. here did not know and did not want to know. It is no coincidence that in their memoirs “Life ago” (1996), the young wife of the second Ukrainian prime minister, V. A. Golubovich, the daughter of a Russian general, Madame T. M. Cardinovskaya, whom her husband quickly re-educated in the spirit of “Ukrainian values”, wrote bitterly:

“I would like to add to the policy of Ukrainization of the times of the Central Rada that at that time in Kiev it caused many protests: some protested because of intolerance towards everything Ukrainian, others because of its violent plantings. The Russian Thought daily published the longest lists of people who signed up under the large heading “I protest against the forced Ukrainization of the South-Western Territory”.

Moreover, as the modern historian V. Marchukov, one of the brilliant experts on the “Ukrainian question,” established, the famous peasant movement N. I. Makhno was originally caused precisely by this violent Ukrainization and the fierce struggle of the Makhnovists not with white and red ones, armed detachments of Svidomo Petliurists, who became the mainstay of the Central Rada of Ukraine, and with the Germans, who occupied this part of Russia immediately after the conclusion between the UPR and the countries of the Fourth bloc of the “small” Brest peace in January 1918.

2) At the beginning of May, 1925 in the then capital of the Ukrainian SSR, Kharkov, hosted a plenary session of the Central Committee of the Communist Party (B) U, which adopted the notorious Decree “On Ukrainization”, containing a whole set of frankly nationalist demands that all party, state and economic bodies of the republic:

1) forcibly introduce the Ukrainian language, especially among the party and Soviet apparatus; 2) select and nominate party cadres from workers and labor peasants of Ukrainian nationality; 3) translate all party education into Ukrainian; 4) to translate into Ukrainian language teaching in all secondary and parts of higher educational institutions; 5) the Ukrainization of the party apparatus is carried out immediately, and the Soviet - no later than January 1926, etc.

The guides of this forced Ukrainization were the active supporters of the former head of the SNK of the Ukrainian SSR, the famous Trotskyist Kh. G. Rakovsky, who had the idea of ​​a total Ukrainization of everything and everything since the Civil War, when the primordial Russian lands of the Don Region and Five Novorossiysk provinces - Yekaterinoslav, Kharkov, Tauride, Kherson and Bessarabia. Now, on the eve of his resignation and departure by the Soviet plenipotentiary to London, he broke out with another Russophobic folio, Principal Tasks of the Moment (1923), with which he armed all the “Ukrainian independent supporters” with a real program of action.

“You cannot Ukrainize the proletariat from above. It is impossible to force the Russian working masses to abandon the Russian language and Russian culture and recognize their culture and their language as Ukrainian. This is contrary to the principle of free development of nationalities. It would not be national freedom, but a peculiar form of national oppression ... With the weakness of the indigenous communist cadres in Ukraine, this movement, led entirely by non-communist intelligentsia, can assume in places the nature of the struggle for the estrangement of Ukrainian culture and the Ukrainian public from the culture and society of the whole Soviet, the nature of the struggle against "Moscow" in general, against the Russians in general, against Russian culture ".

Nevertheless, the policy of “Ukrainization” was continued, albeit on a smaller scale, but finally this violent policy was finally put to an end only at the beginning of the 1930s.

3) On the territory of modern Ukraine, the topic of “famine” has already acquired not only an extremely painful, but also frankly Russophobic character. Most modern Ukrainian politicians, historians and political scientists like V. Yushchenko, S. Kulchitsky, G. Stadnik and G. Vyatrovich are still trying to prove in every way that the famine 1932 — 1933. was a pre-planned action organized by JV Stalin and his closest entourage for the purpose of the genocide of the Ukrainian people. However, these false, strictly politicized myths were fully exposed in the works of many Russian and Novorossiysk scholars and publicists, including articles and books by V.V. Kornilov, A. B. Martirosyan, G. S. Tkachenko, E. A. Prudnikova, and others.

In particular, as many historians and publicists have established - S.Nefedov, D.Penner, A.Mukhin, S.Kungurov and other mass deaths of people during the “famine”, especially in Ukraine, was the result of elementary lack of education and mentality of the villagers themselves, especially the Little Russian farms and villages that have become massively poisoned by infected grain. The fact is that according to experts (A.Sergeev), the 1932 harvest was generally very good and amounted to almost 70 mln. Tons. Moreover, if 1931, the export of grain abroad was about 5 million tons, in 1932 it amounted to slightly more than 1,7 million tons, and in 1933, and even less - 1,5 million tons.

However, a significant part of this crop, which was already collected not by individual farms, but by collective and state farms, was simply plundered by the curling peasants themselves, who, fearing to be prosecuted for grain theft, were criminally liable, including under the Law “On Three Spikelets”, bury it in self-made "grain pits." It was in such “early” earthen, not burnt clay, “storage facilities” that it quickly became infected with deadly-toxic micro-fungi, which caused the alimentary-toxic aleukya in consumers of this grain, which was then called “septic angina”.

When the epidemic of this disease became catastrophic, then, at the direction of the authorities, the NKVD organs were rushed to fight the “grain pits”, which mercilessly burned them to stop the scale of this epidemic and the massive death of people, especially in Ukraine. In addition, under the conditions of the so-called “Italian strike”, when the newly-minted collective farmers simply did not want to harvest the ripened crop from the “alien” collective farm fields, massive over-ripening grain loaves occurred, resulting in about 20 – 25% of the entire crop left on the fields and was destroyed during the so-called "mouse scourge", when the voracious rodents destroyed all the grain left in the fields with straw. 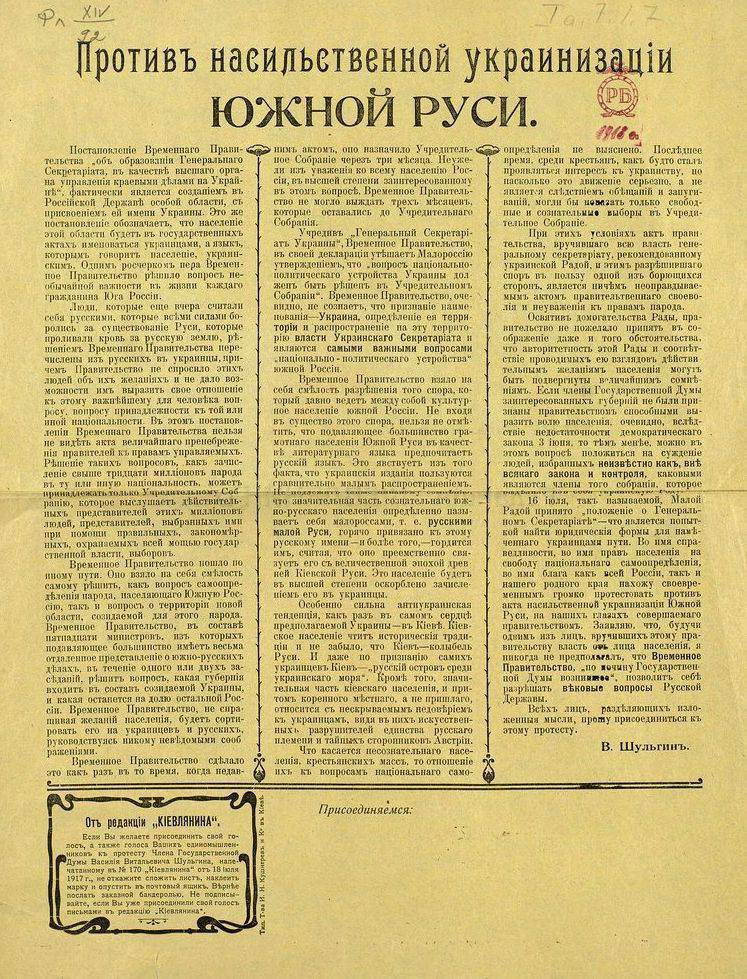