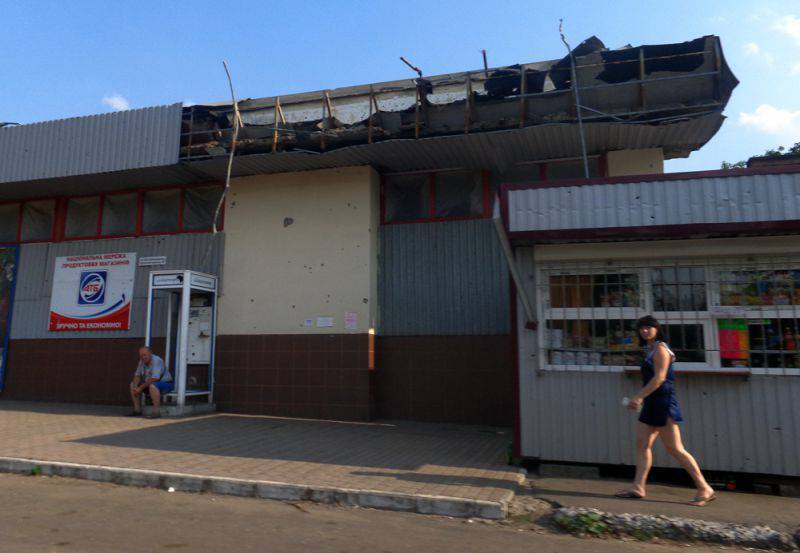 The city of Debaltsevo became a legend. It was for him were fierce battles, in which suffered great losses and the troops of Novorossia, and ukrorateli. It was in the battle for this city that the leader of the Donetsk People's Republic, Alexander Zakharchenko, was seriously wounded. It was here that the junta's troops got into the boiler, the presence of which Poroshenko so clumsily denied. And now this city, terribly affected by the fighting, is reborn, like a phoenix bird from the ashes. Many residents have already returned to it - those who fled from it in a militant and tragic winter. In the flowerbeds - fresh flowers. Restored work of the railway station. Holidays are organized for people. 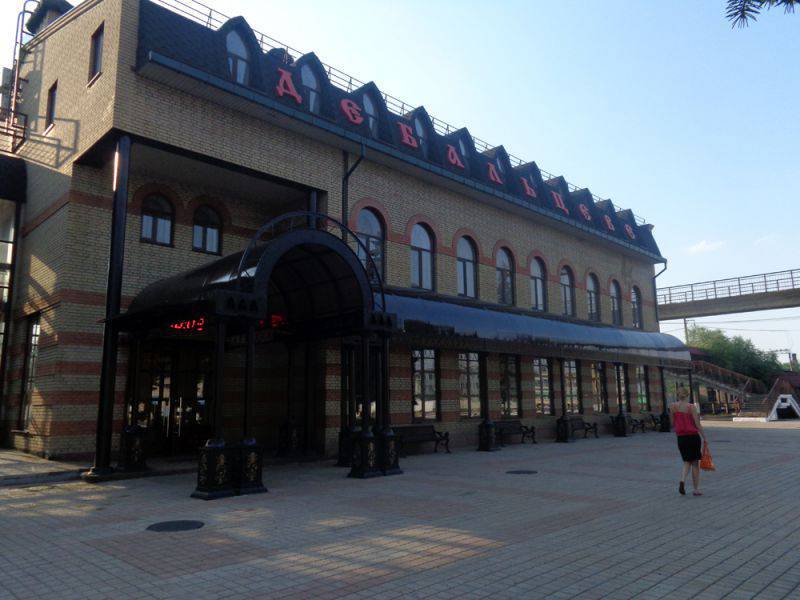 Considerable merit in establishing a more or less normal life in a dilapidated Debaltseve belongs to the head of the city administration Alexander Grigorievich Afendikov, callsign "Grek." The first thing he did in this post, when the powder smoke after battles had not yet faded, was the free distribution of bread to the population. We met him in the city hall building, which bears the scars of armed clashes. Like many other buildings, where there is no single window left ... In such conditions, people both live and work ... 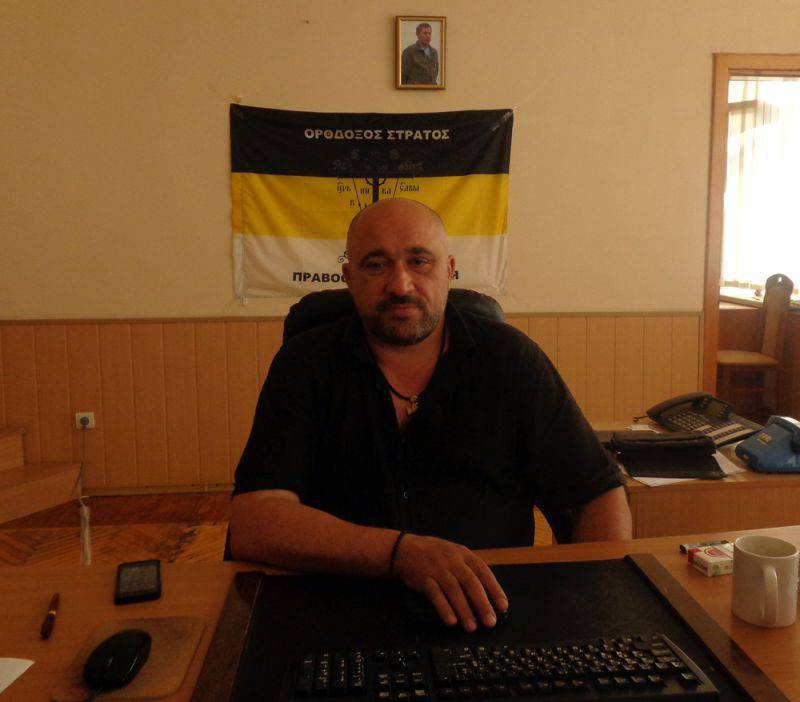 - Alexander G., what can you say about life in the city after the war? - I ask him.

- Now is the process of recovery. We receive a lot of help from the Russian Federation, thank you very much for it - it does not leave the younger brother in trouble. I mean Novorossia, Donetsk People’s Republic, as well as the Lugansk People’s Republic. At first, two months, it was very hard. In the city were fighting. But during the first week after his release, we restored the bakery. Almost immediately managed to run a city hospital, one kindergarten.

Now we are facing a big problem with the resettlement fund. Signing programs. A recovery program has been developed, but there are also a number of non-repairable homes. Their tenants need to be relocated somewhere for winter time, and next year these houses need to be rebuilt.

Now 60% of inhabitants have returned to the city - about 17 thousand people (at the time of release about 4 and a half thousand remained in it). On enthusiasm and patriotism restored the most necessary objects. The city lives a little bit. Now the task is to restore it completely.

We are escorted by convoys from the Russian Federation with building materials. Now comes the first stage of restoration, which includes the 24 object - residential buildings, schools, kindergartens. The second stage is more ambitious; 186 multi-family houses will be included here. As for the private sector, plans are being developed to help with building materials. We cannot restore many private houses. If the house is completely destroyed, then you can build a new one for one project. As for the damaged houses, which need to be restored as they were, then many of them do not have the necessary documents. But we will issue construction materials to citizens so that they restore their houses with their own hands. Perhaps help public organizations.

- Are there any statistics on destroyed homes?

- 186 apartment buildings were damaged, of which 17 are non-recoverable. This is an urgent question, people need to be resettled. Damaged 956 houses of the private sector, of which 136 can not be repaired. 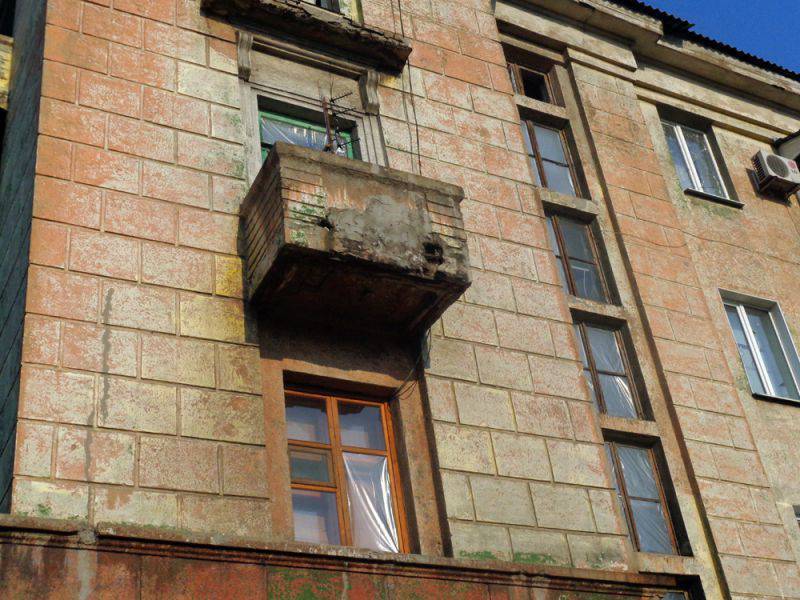 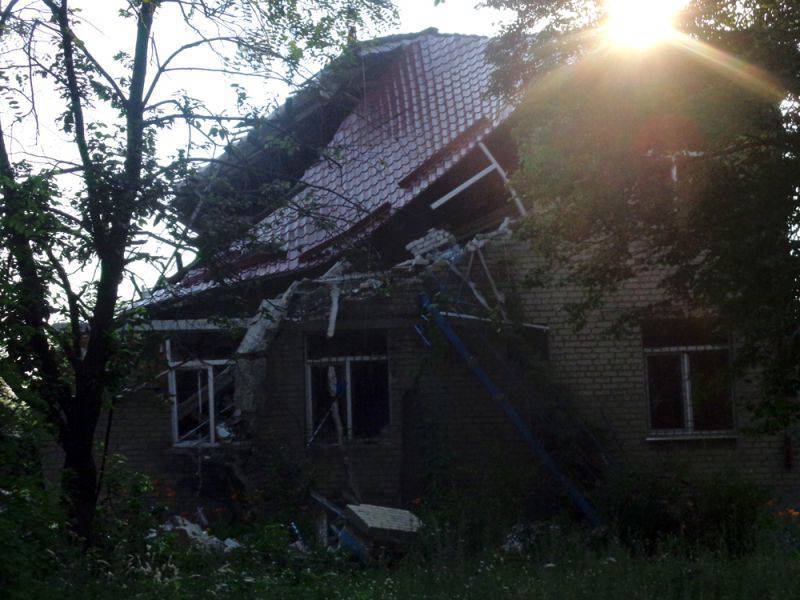 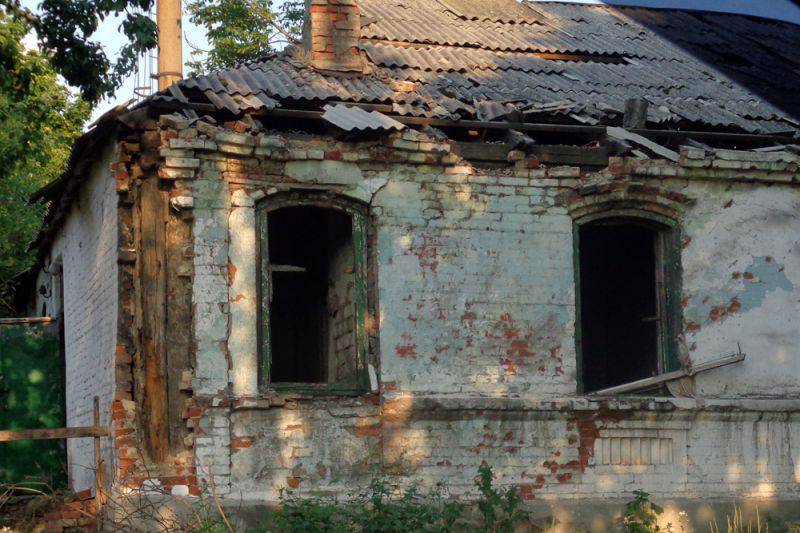 “What about the dead?”

- It is impossible to say for sure. The liberation of the city went from two sides. The guys were from Lugansk and from neighboring settlements. Among them are the dead and the wounded. We didn’t even know who it was coming from. As for civilians, there were a lot of corpses in the city. Some of them were taken to Yenakiyevo, some were in the morgue of the Debaltseve hospital. I do not have specific numbers, because my direct task is not to take what was, but to do what needs to be done. To enable people to get a normal roof over their heads for winter, to restore the flow of light, water, heat.

- Can you talk about the period when battles were fought outside the city? What did the townspeople feel that you personally experienced?

- What they felt, we probably will never feel. They sat in basements, without heat, without light, without water. When the Ukrainian security officials realized that they would have to leave the city anyway, they began to destroy it. They even said that those who did not want to leave here were all suicide bombers, and the city would be wiped off the face of the earth. I then participated in the battles for the liberation of Debaltseve and Uglegorsk. When Debalcevo was released, I did not even have time to change clothes, as I received an order to take a new position. I am a construction engineer by profession, maybe it played a role in the fact that I was appointed head of administration.

- How do you see the future of the city?

- In principle, there are all prerequisites for this city to live normally. It can be restored. There are plans to build future enterprises that will increase the population. The gasification project has already been signed - and before the war this city was not gasified. This process will be held with the support of Russia, and I hope that by the next spring gasification will be carried out.

I believe that people should not be divided by nationality, by language. Before the war, I perfectly listened to both Ukrainian and Russian songs. And now I will listen with pleasure. For me, this is not a war between the Ukrainian and Russian peoples. For me, this is the war of the American machine that slaps dollars and those who want them to become the single currency of the world. These dollars are not confirmed by any gold reserve, they can print them as much as they like and pay them all wars.

- As you know, 11 of May 2014 of the year was held a referendum in all cities of Donbass, and the people voted for independence. Can you share your impressions of the referendum?

- I was then responsible for the security of the referendum in the city of Makeyevka. The turnout was 97%. 2% of ballots were filled out incorrectly, one and a half percent were against independence, all the rest voted in favor.

- Tell us about the origin of your call sign - "Greek". Now, after all, Greece is widely known, people voted against the European Union, and you are fighting for independence here ...

- Many people asked me this question. To begin with, I, like a significant percentage of the population of the Donetsk region, have Greek roots. If you turn to stories, then Catherine the Second once gave this place to the Greeks for settlement. They founded the city of Mariupol. Greeks - hardworking, sociable people. I am very not indifferent to Greece itself. She has now made the right choice.

Not far from the city hall that day - and our conversation took place at Ivan Kupala - there was a gala concert. The girls in the wreaths were smiling at the sun. 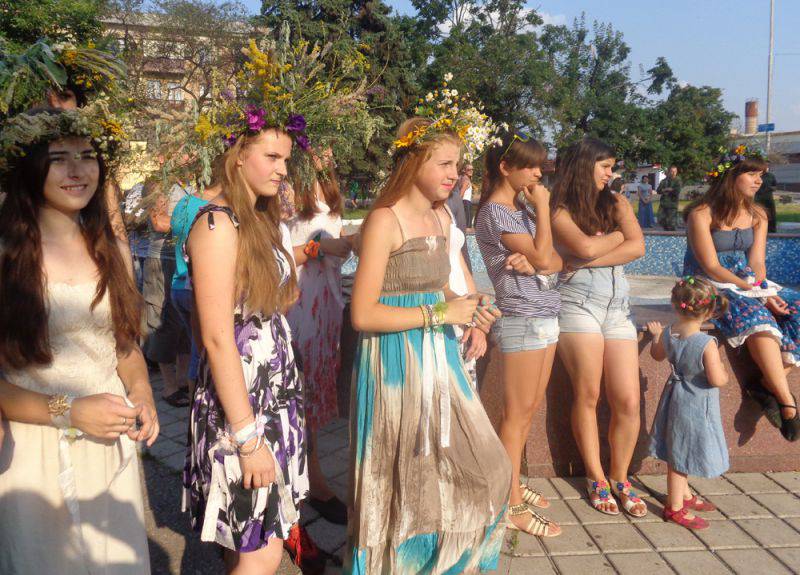 The monument to the soldiers of the Great Patriotic War is kept in order, near it there is a fresh wreath. 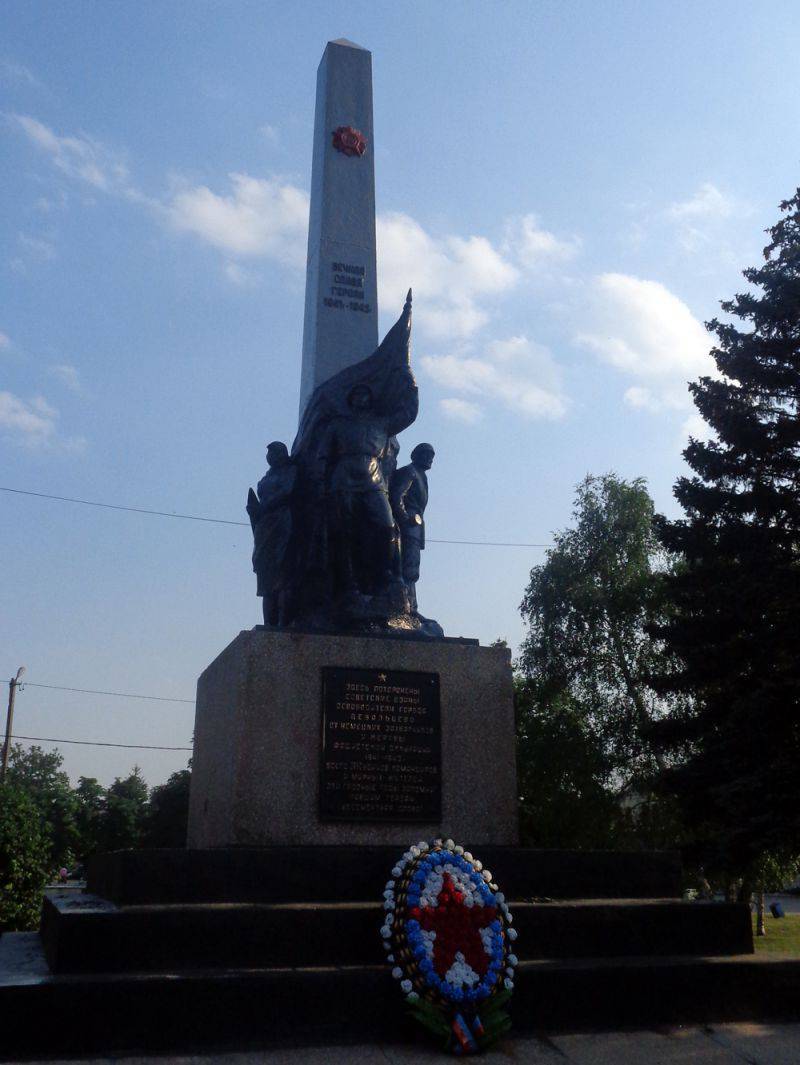 Damaged buildings are gaping with broken windows and holes in the roofs. Some are destroyed very much. 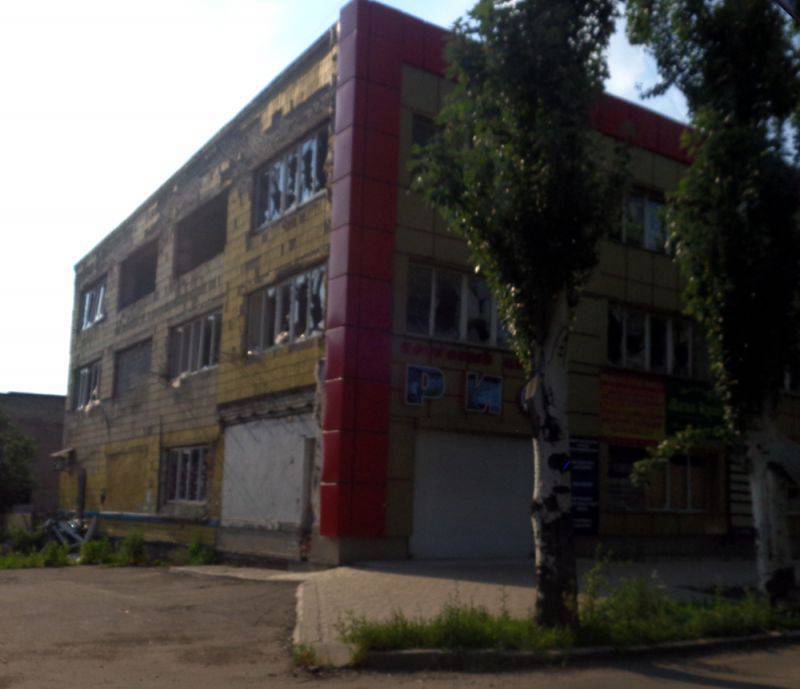 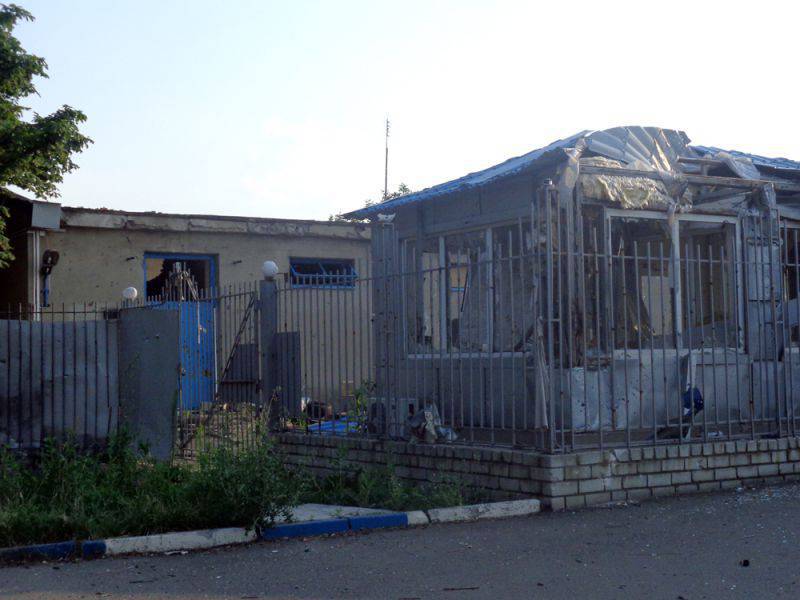 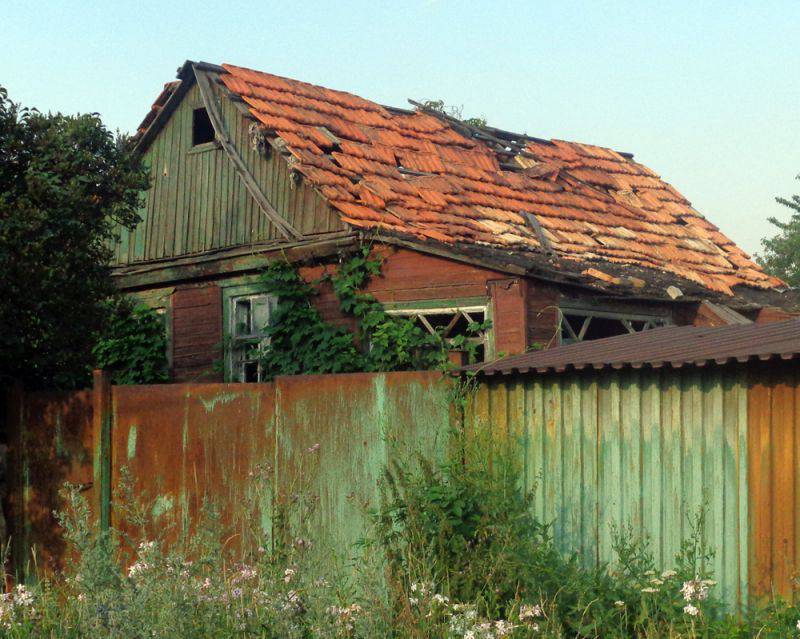 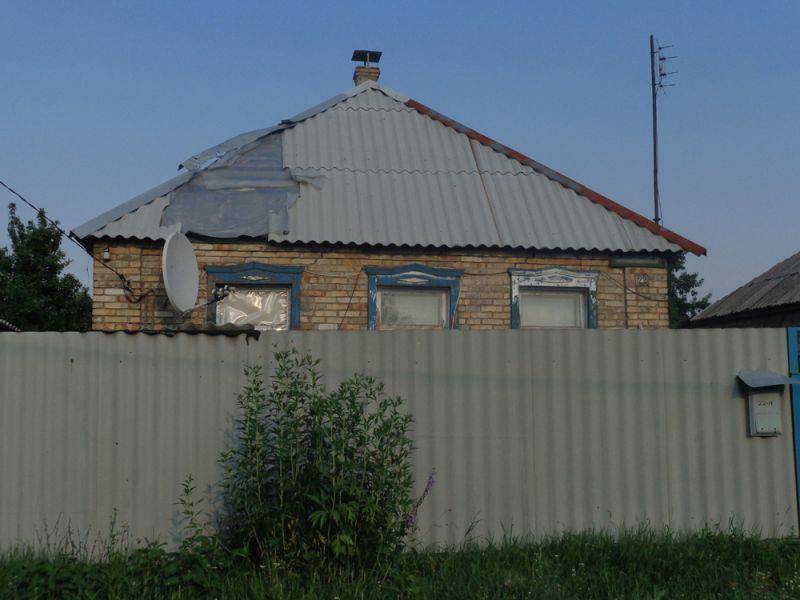 However, the city lives its own life. The city, resurrected after a deadly fight and continuing to recover ...