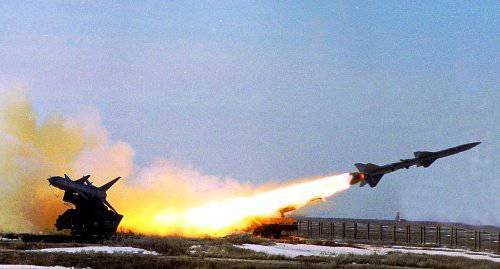 As you know, hard to learn. And the training itself takes a lot of time and also requires some expenses. If for the preparation of an infantryman-submachine gunner, only cartridges and paper or plywood targets are needed, then training in other branches of the military requires large expenditures. For example, a target for air defense cannot be made from paper, and operators should be prepared.


Previously, on the trials of anti-aircraft missile systems and on exercises with their use as targets used aircraft that have spent their life and equipped with appropriate equipment. Such an approach to creating targets made it possible to save on the storage and disposal of outdated equipment, but over time it ceased to suit the military. If only because a potential enemy has potential targets that are capable of developing relatively high speeds. Using aircraft with similar characteristics as their simulators would be just wasteful. The way out of this situation was the use of specially modified anti-aircraft missiles as targets. Rockets, of course, have little resemblance in size to the real targets of anti-aircraft gunners, but the SAMs determine the target not by its size, but by the reflected radio signal or by thermal radiation.

As in the case of re-equipped obsolete aircraft, making targets from anti-aircraft missiles allows you to get rid of unnecessary ammunition as well. At the moment, work is underway to remake the C-300P and C-300T missiles in the target, since these C-300 modifications are no longer on duty, and there is no point in keeping them in warehouses. So we can confidently say that doubts about the feasibility of decommissioning and such a "recycling" of the old C-300 versions are unjustified.

As already mentioned, anti-aircraft missiles are aimed at a target using a radar or infrared homing head, and for the most effective training of personnel it is required that the target on the radar screen look the same as the real target. However, by itself, an anti-aircraft missile has a lower effective dispersion surface (EPR) and infrared visibility than a combat aircraft. Therefore, when converting a rocket into a target, almost always, reflectors of various designs are installed on them to increase the EPR, and sometimes special tracers to “attract attention” of infrared GOS.

Currently, only in Russia there are a huge number of models of target rockets. For example, at the September Russian-Belarusian exercises "Union-2011 Shield", held at the Ashuluk training ground (Astrakhan region), to create a so-called. target situation used more than four dozen types of targets. 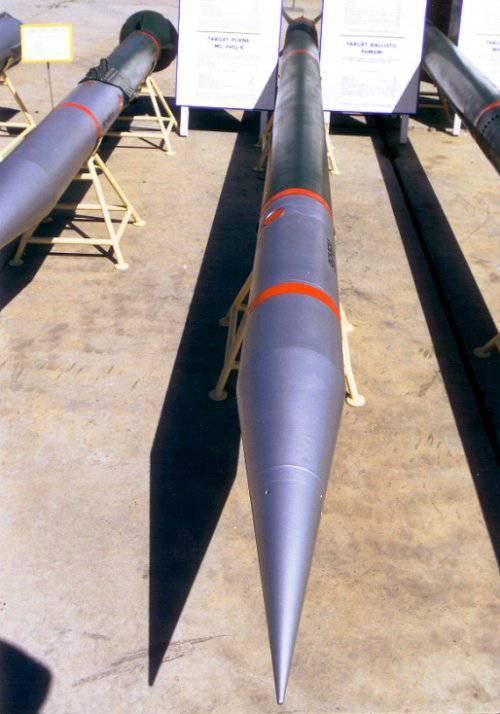 Most modern targets are based on outdated anti-aircraft missiles, although there are exceptions. These are, for example, the Boar, created on the basis of a meteorological rocket, and Reis, a converted reconnaissance drone developed by the company Tupolev. At the same time, the purpose of these two rockets is different: the Boar simulates ballistic targets and flies at a speed of 800-1300 m / s, reaching a maximum height of 50 km. Its range is 90-110 kilometers. “Flight” (aka BP-3BM or M-143), in turn, is designed to simulate aerodynamic purposes, such as enemy aircraft or cruise missiles flying at altitudes up to a thousand meters at speeds up to 900-950 km / h.

Among other targets, Armavir, Sinitsa and Pishchal missiles are of particular interest. The fact is that they were made on the basis of the C-75 (first two) and C-125 missiles, which were long ago taken off duty in our country. However, these missiles can serve as targets for more than one year. The RM-75 Armavir (developed by NPO Molniya), for example, is capable of simulating not only existing, but also promising aerodynamic targets, including subtle, flying at an altitude from 50 meters to 20 kilometers. This rocket's own ESR is less than half a square meter. When using an additional block of reflectors, this indicator can be increased in 3-4 times. The launch of the Armavir is made from a standard launcher, but all procedures are managed using the Fox and Lisa-M complexes. The PM-75 is flying according to a previously laid down program, making amendments on commands from the ground. In addition to standard control equipment and reflectors, the Armavir can be equipped with hit recording equipment, infrared tracers, or electronic countermeasure equipment.

The targets of the family “Tit” (“Tit-1”, -6 and -23, as well as “Kite”) are, in general, similar to the Armavir, with the difference that the “Tit” has great ability to control the rocket during the flight from the ground.

The target PM-5В27 “Pishchal” was developed by the Vyatka machine-building enterprise “Avitek” based on the 5В27 rocket of the С-125 complex. This rocket can be used as a simulator of ballistic targets, in which case it “climbs” to an altitude up to 45-50 km. But the main goal of “Squealing” is imitation of aerodynamic targets with small EPR, flying at low and medium altitudes, capable of maneuvering with overloads (cruise missiles, etc.). Like other target missiles, the Pishal is launched from a standard launcher. No major modifications of the starting devices are required. At the beginning of the flight, the rocket is controlled from the ground, and then goes offline, although the operator can correct the flight trajectory. 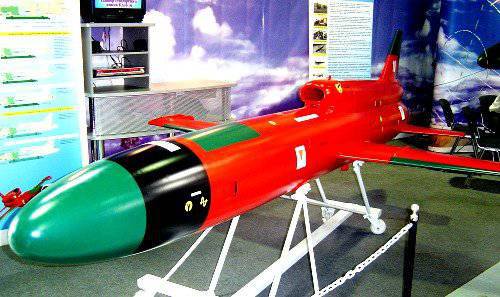 And finally, a little about the targets created from scratch. One of the most remarkable examples among them is the Tribute complex. This cruise missile with a turbojet engine starts with a powder accelerator and can fly at altitudes from 50 to 9000 meters. The maximum flight speed is of the order of 710-720 km / h. At the same time, the rocket is strong enough and allows maneuvering with overloads from + 9 to -3 units. “Tribute”, developed in Kazan OKB “Falcon”, is capable of carrying a wide range of warheads for various purposes (reflectors, EW, etc.), as well as tracers. At the end of the flight, in automatic mode or by the operator’s commands, the Tribute is able to make a soft landing with a parachute. Thus, one such rocket can be used up to ten times.

In general, practice shows that it is not necessary to create targets for air defense from scratch. Of course, this approach makes it possible to make them exactly as they should be. But, at the same time, the concept of converting an anti-aircraft missile into a target is viable not only in theory, but also in practice.

We are in Yandex Zen
Syria's air defense: salvation or illusion?
China's anti-aircraft missile forces
3 comments
Information
Dear reader, to leave comments on the publication, you must to register.