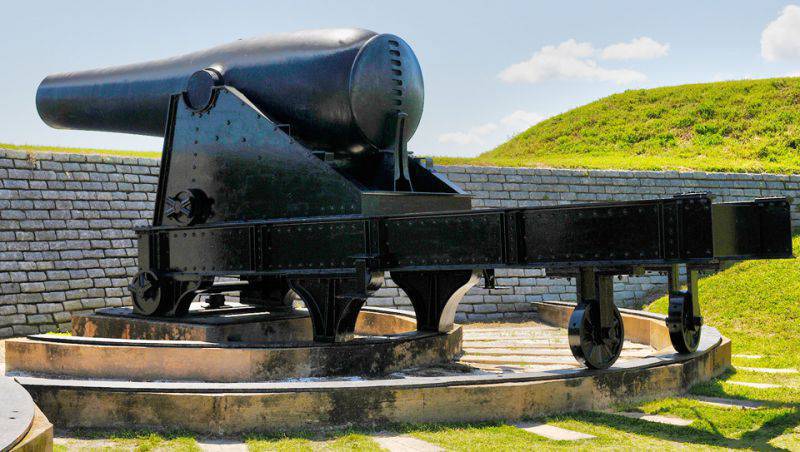 For a long time there were no notes about weapons steampunk technology. So, we will catch up. So, in the middle of the XIX century, the American artilleryman Thomas Jackson Rodman developed a new casting technique for cast-iron artillery barrels, which made it possible to make durable and extremely reliable guns of very large calibers - up to 20 inches.

Rodman empirically established that if the casting is not cooled from the outside, but from the inside, then it turns out to be much stronger than usual due to the more uniform crystal structure of the metal and the absence of internal stresses. He designed a special injection mold with a cooled water core and external heating, preventing rapid cooling of the outer layers of the product. On tests, Rodman's large-caliber guns withstood over one and a half thousand shots, while barrels of the same caliber and with the same wall thickness, but cast using conventional technology, exploded after several dozen volleys.

Such high reliability attracted the attention of the American military to the invention of Rodman. Since 1861, in the USA, the production of Rhodmann guns of the 8, 10, 15 and 20 inches caliber has been adjusted. Most of them were cast ten inches - 1300 pieces, 15-inches made 323, and eight inches - 213. The heaviest - twenty-inch guns weighing 80 tons, firing 400-kilogram cores, made only a few copies, since this caliber was redundant.

Rodman’s guns, which were a mortal threat to wooden warships and really dangerous even for battleships, armed many American coastal forts, and they were also used as siege weapons. True, during the civil war they did not have time to shoot at ships, since the Confederation fleet preferred to stay away from enemy fortifications. Only two siege ten-inches Rodman were allegedly used in the so-called "Second Battle of Fort Sumter", although historians have no consensus on this. Some believe that heavy Dahlgren guns fired at the fort, outwardly similar to the Rodmans with their bottle form.

After the end of the civil war, Rodman’s coastal guns were in service for a long time and were finally written off only in 1905. Many of them have survived to this day. Special mention deserves the alteration in the 1870-s of a few dozen "rodmanovok" by pressing into their trunks rifled steel liners. Thus, ten-inch smooth-bore guns were turned into eight-inch rifles, which had a much longer range. These guns also served in fortresses until the beginning of the twentieth century, and according to some information they were put on monitors.

Rodman's gun barrel in the cut. 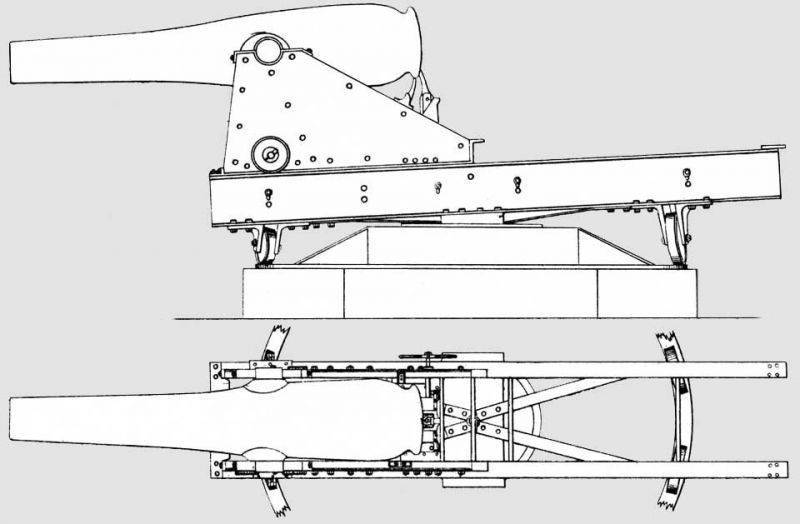 Drawing tools Rodman on the serf iron carriage with a turntable. 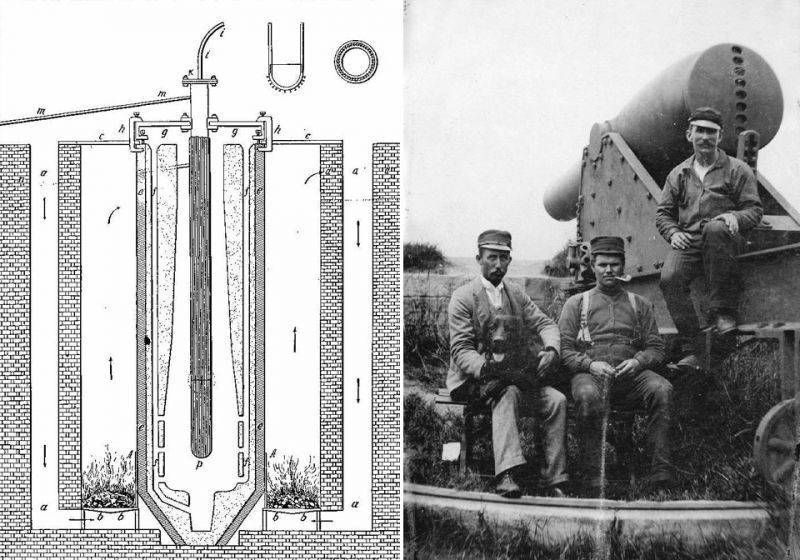 On the left is a drawing of a Rodman casting mold with a cooled core. In the manufacture of tools through the core pumped up to 200 tons of water, and the cooling time of the casting reached 65 hours. On the right - factory workers on testing of the next product. 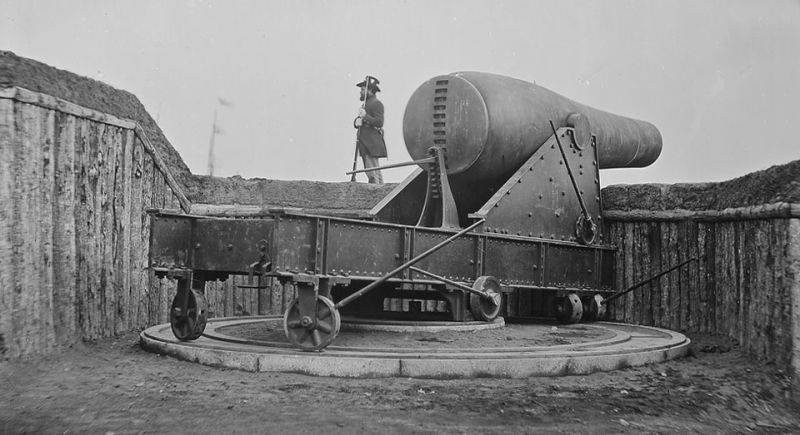 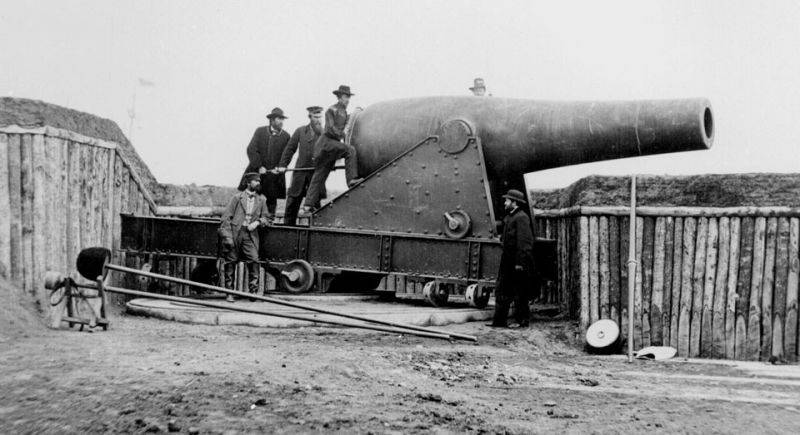 Fifteen-inch Rodman (in the two upper pictures of the same gun) as part of the coastal defense of Washington during the civil war. 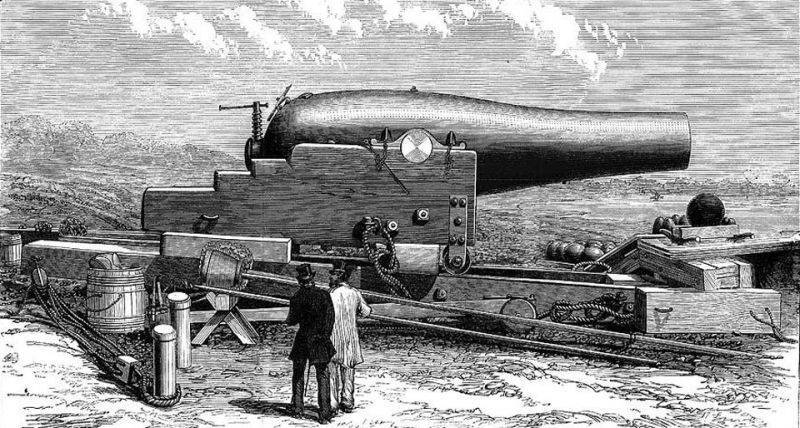 Rodman's 15-inch siege gun on a wooden folding gun carriage. In these guns, two types of vertical guidance mechanisms were used - with a worm screw, as in the figure, and more common with a lever and a “comb”. 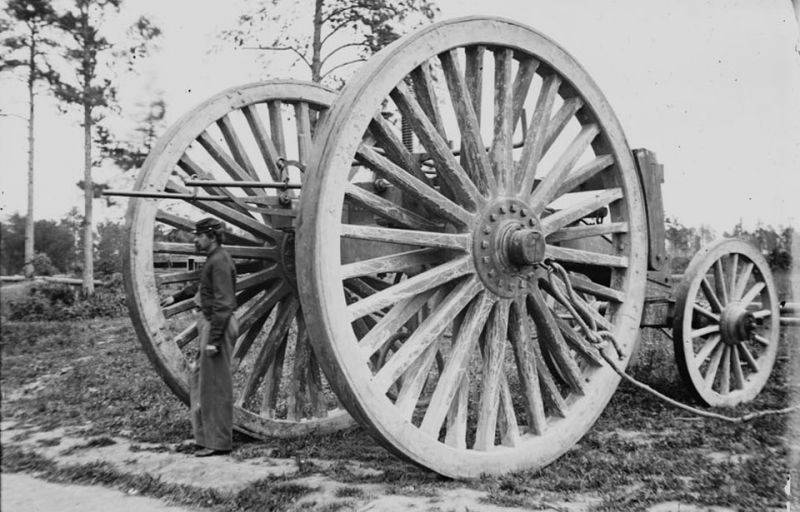 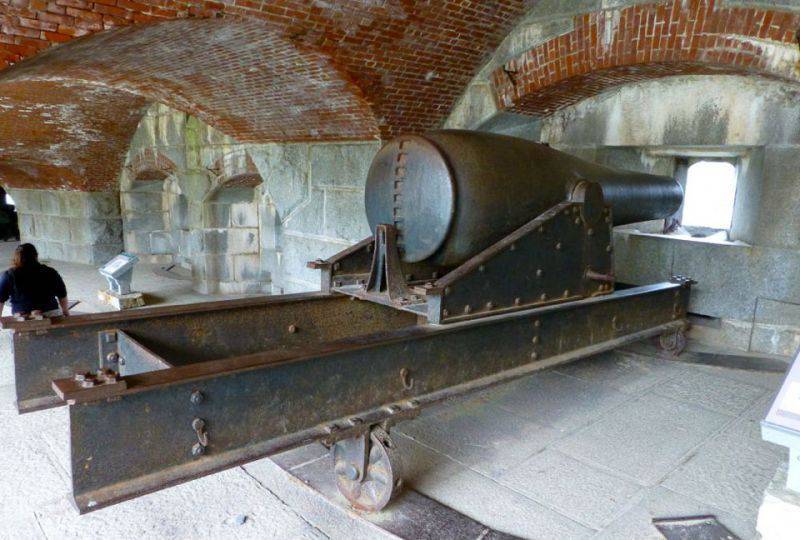 "Rodmanovka" in the fortress of Fort Knox. 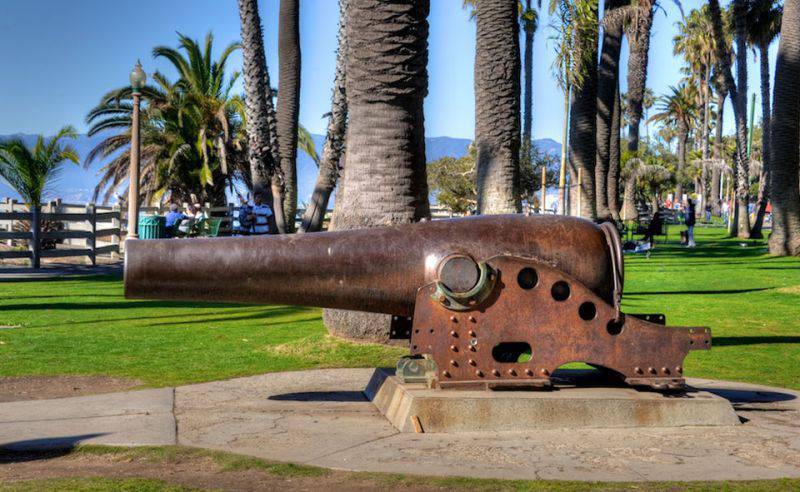 ... and on the Santa Monica seafront. 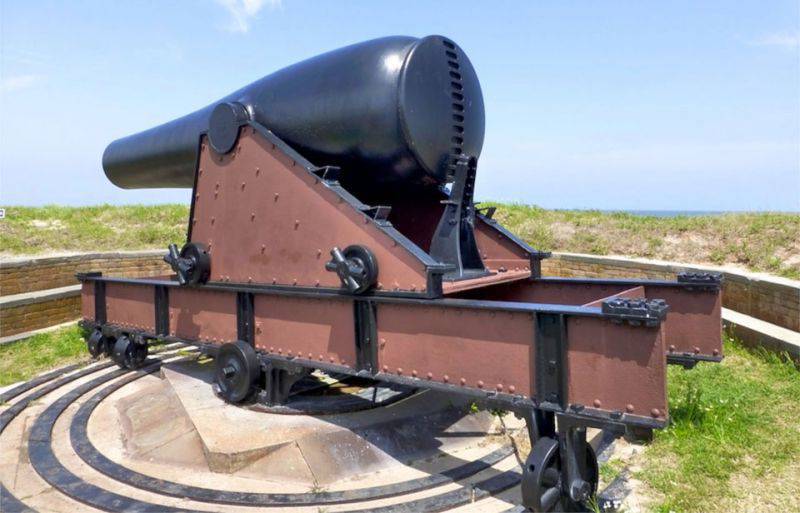 Another fifteen inches at a coastal installation in Massachusetts. 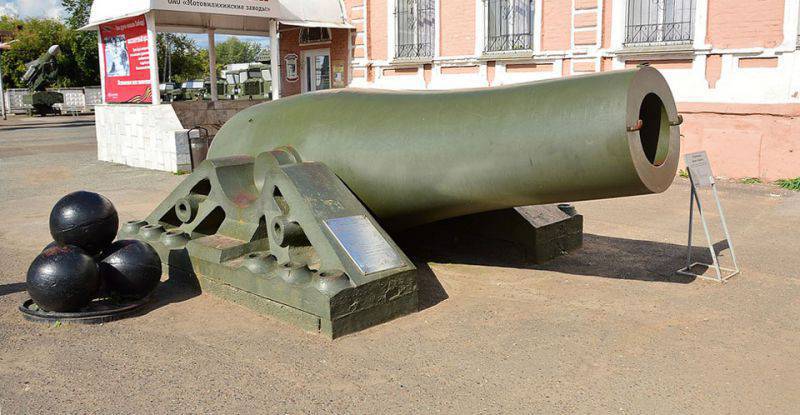 The Perm Tsar Cannon, which is essentially a copy of the Rodman 20-inch gun, cast in 1868 using a simplified Rodman technology (without external heating of the mold). The successful development of this technique was the undoubted achievement of Russian gunsmiths.