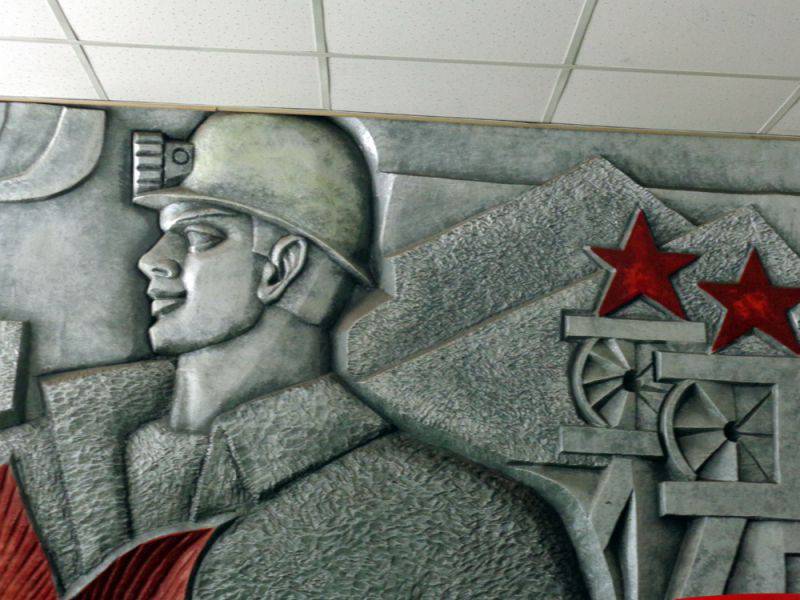 The wounds inflicted by the Kiev junta warriors heal surprisingly quickly in the Donbas. Only 18 July was one of the most intense shelling of Donetsk. But after two or three days, the most injured place - the site near the Amstor supermarket on the University Square - is unrecognizable. The destroyed tents were restored, the pothole from the shell was sealed. 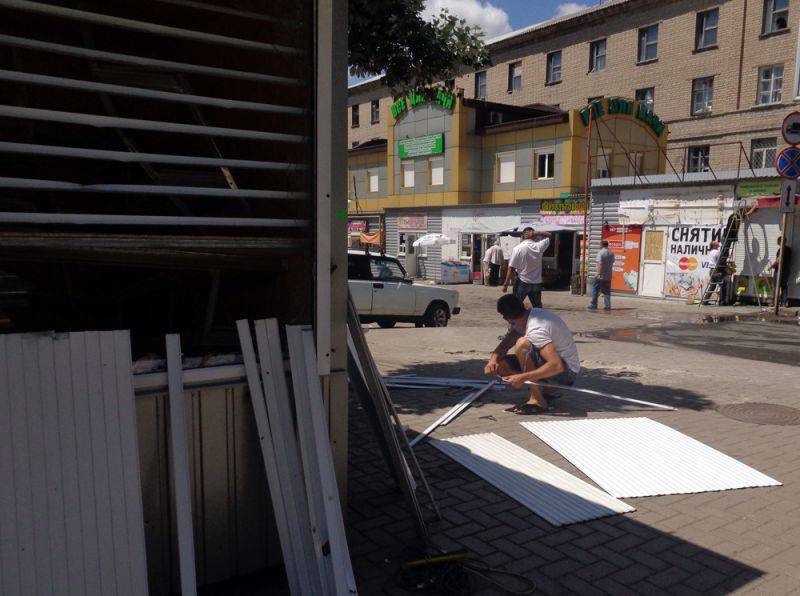 And in the city of Torez at the Progress mine, which belongs to the state enterprise Torez-Anthracite, on July 24 a new lava was opened (mining). The State Commission for the commissioning of the new section was headed by Deputy Minister of Coal and Energy of the DPR, Alexey Vasilenko. This is the third new lava discovered during the DNR. Vasilenko said that the Ministry of Coal and Energy plans to launch 10 new sites in various mines of the Republic in the near future. 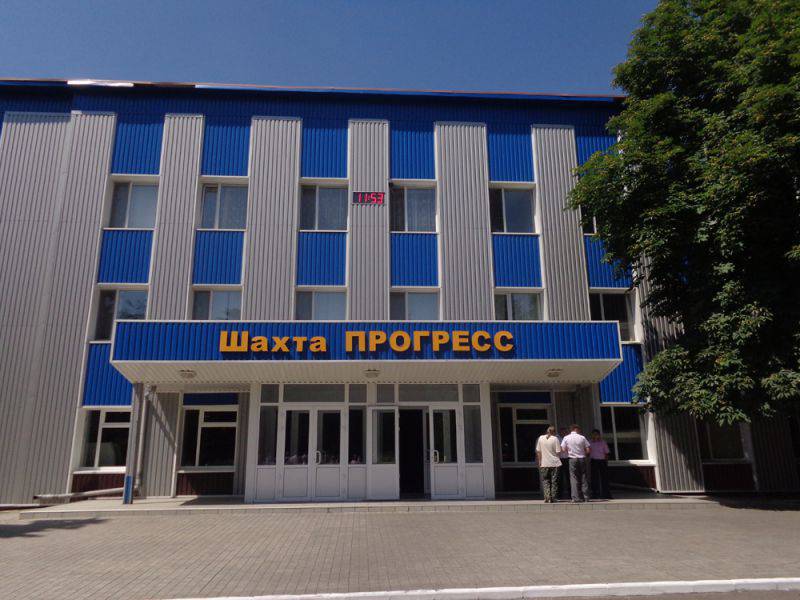 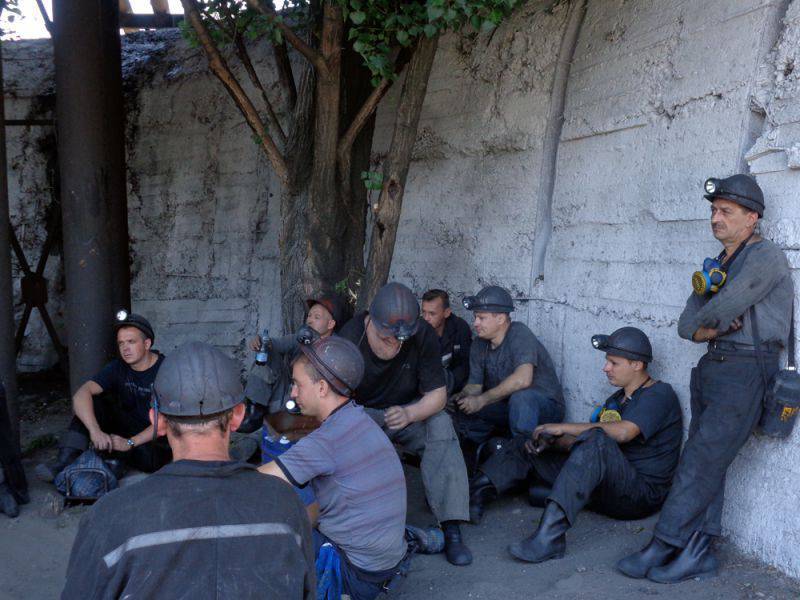 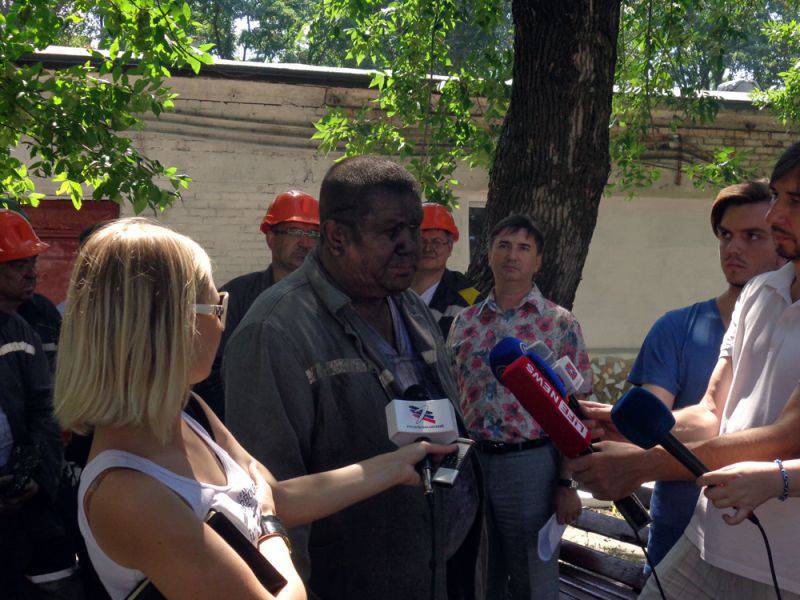 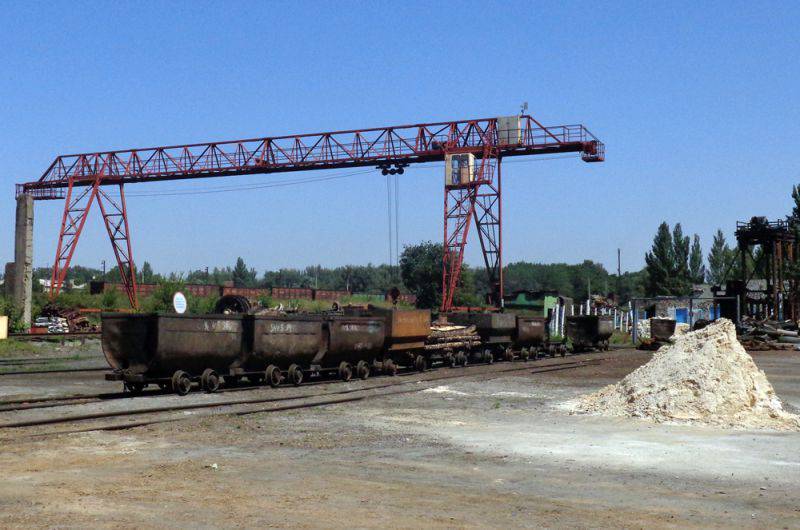 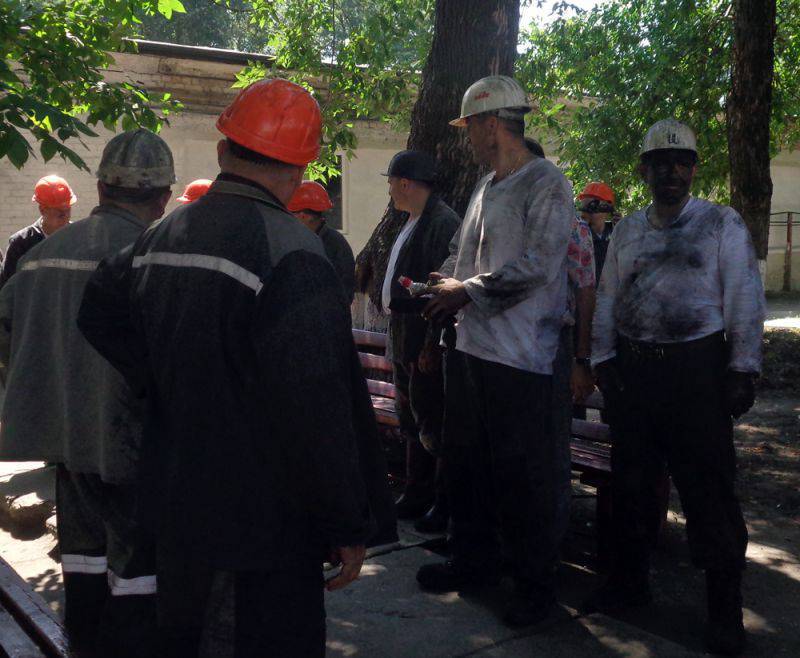 Such a slogan is placed at the entrance to the enterprise: “Coal will save Ukraine if Ukraine saves coal”. 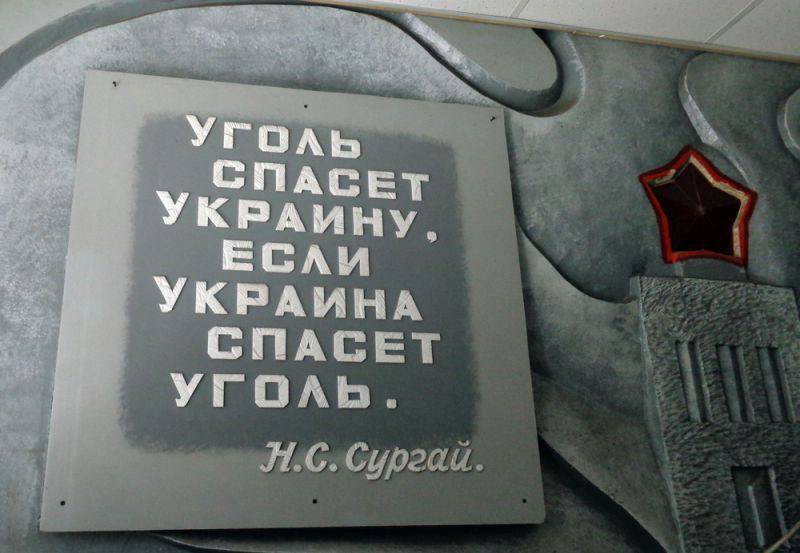 But Ukraine did not save coal, but, on the contrary, actually ruined the industry - only some enterprises worked, and the majority was reduced to a miserable condition. Now the mining region rebelled and took power into their own hands. And the Donetsk People's Republic in the most difficult conditions of the ongoing war - coal saves. 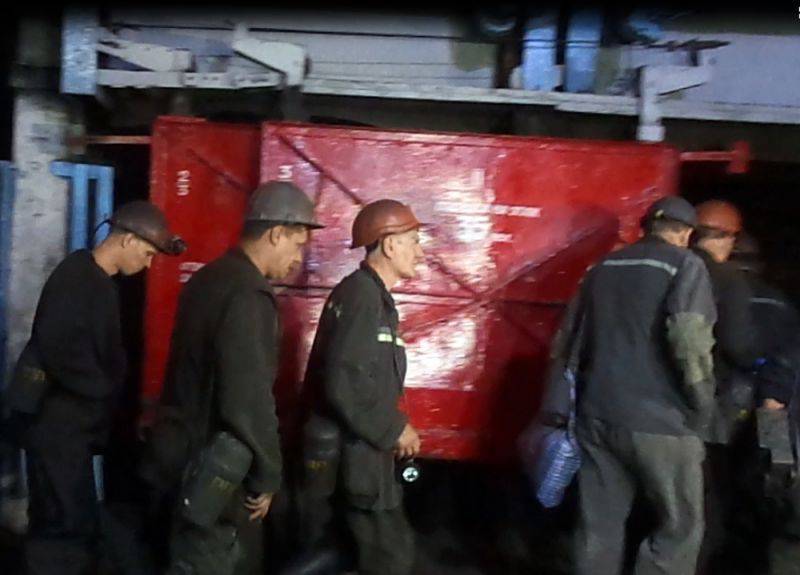 And Ukraine (more precisely, the junta, which came to power through a coup) is now destroying the coal industry no longer economically, but by military means. So this mine was badly damaged due to the shelling of ukrokrateley. At the end of June 2014, she was de-energized for a long time. In the mine workings accumulated water, the mine was heavily flooded. It was already put a cross - it was even about closing.

But, as soon as the power supply was restored, the labor collective saved the enterprise. Employees worked, even though they were not paid a salary. Currently, as the mine director, Alexander Klimenchuk, told reporters, wage arrears have been paid by June of this year. The director highly appreciated the heroism and courage of the Progress employees: “The workers of the station are a combat team that can be trusted with the most difficult tasks.” Klimenchuk hoped that with the opening of the new lava, the mine would mine more than 2500 tons of coal per day. In addition, it will create around 200 new jobs.

Employees who came out of the face showed the first coal mined at the new site. The Deputy Minister of Coal and Energy said that the next lava will be opened in September this year in the town of Snezhnoye, at the Zarya mine. 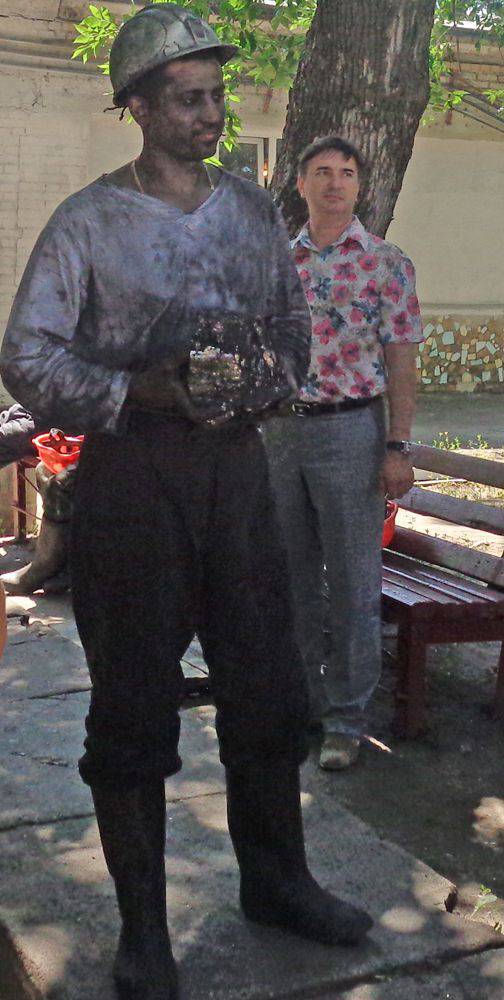 Despite the war, holidays and concerts continue on the land of Donetsk. 25 July in Shcherbakov Park in Donetsk, an action called "Round dance unity." Performed creative teams of various nationalities living in the DPR. In particular, there were songs in Ukrainian. The republic makes it clear that there will be no discrimination based on national or linguistic grounds. 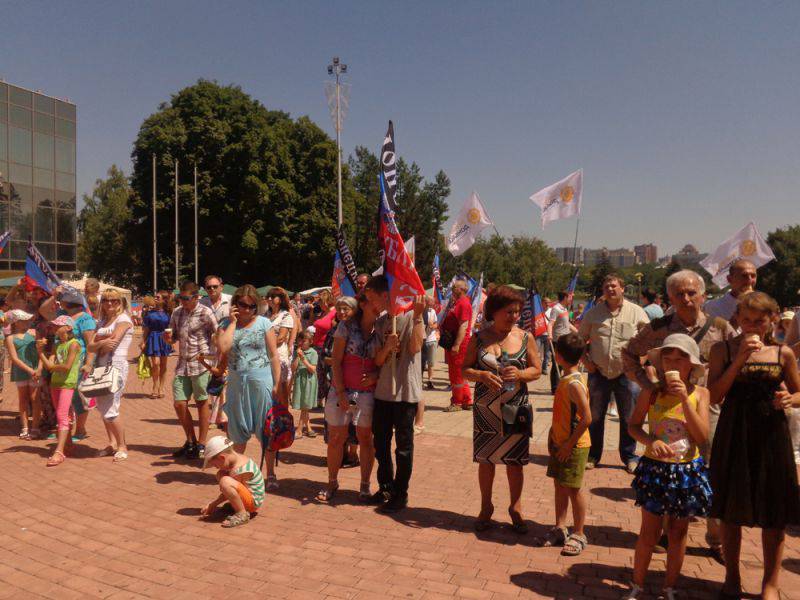 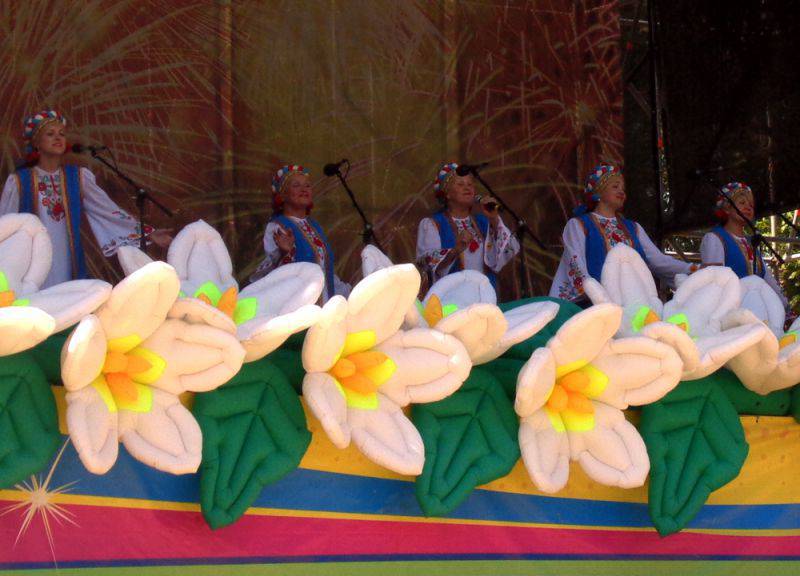 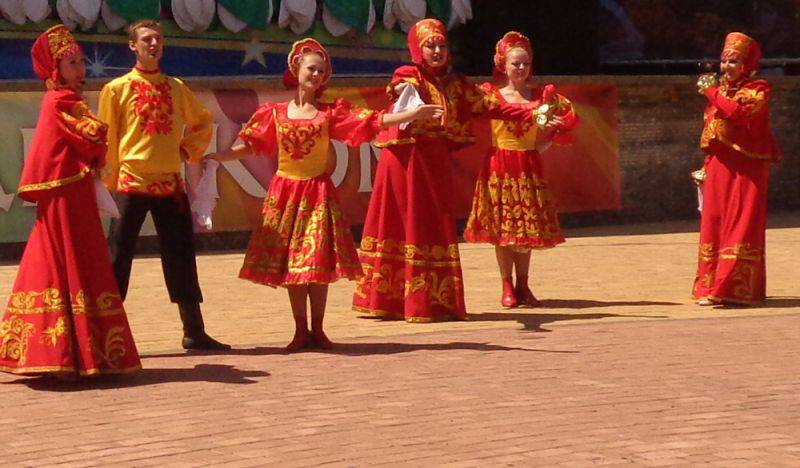 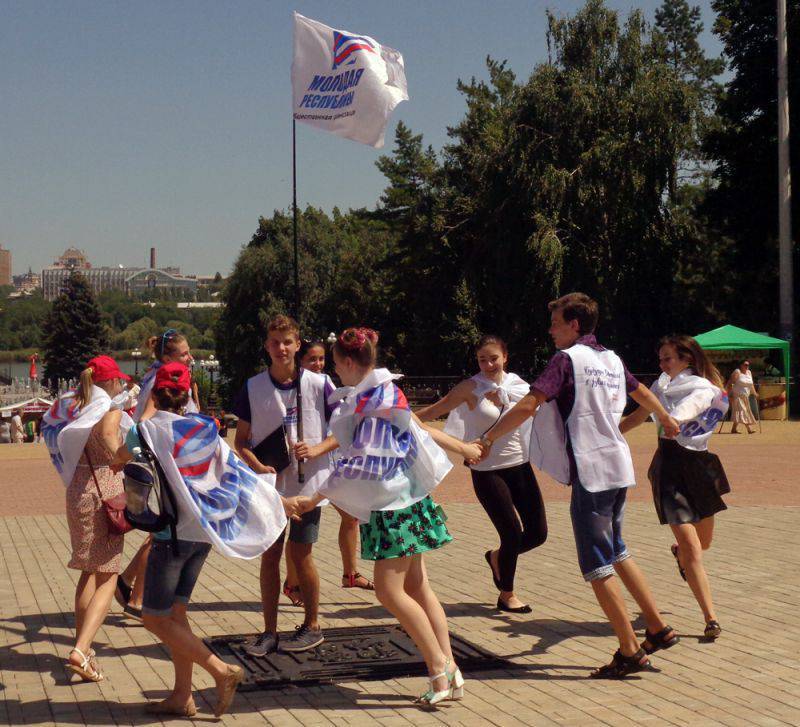 As part of the action, a social fair was held at which bread, sausages and other foodstuffs, handicrafts, as well as T-shirts with the symbols of Novorossia were sold. 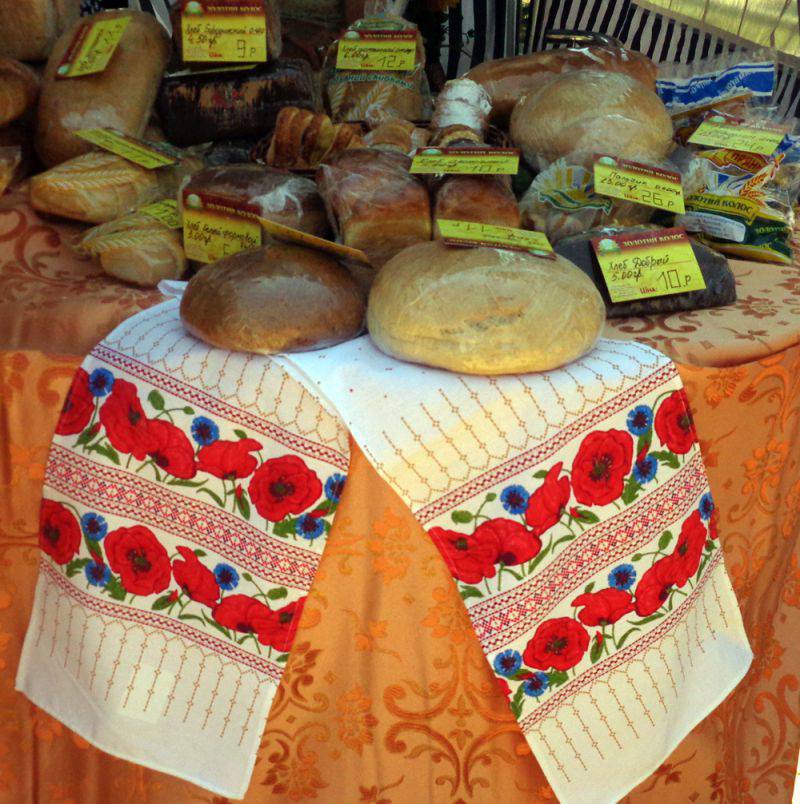 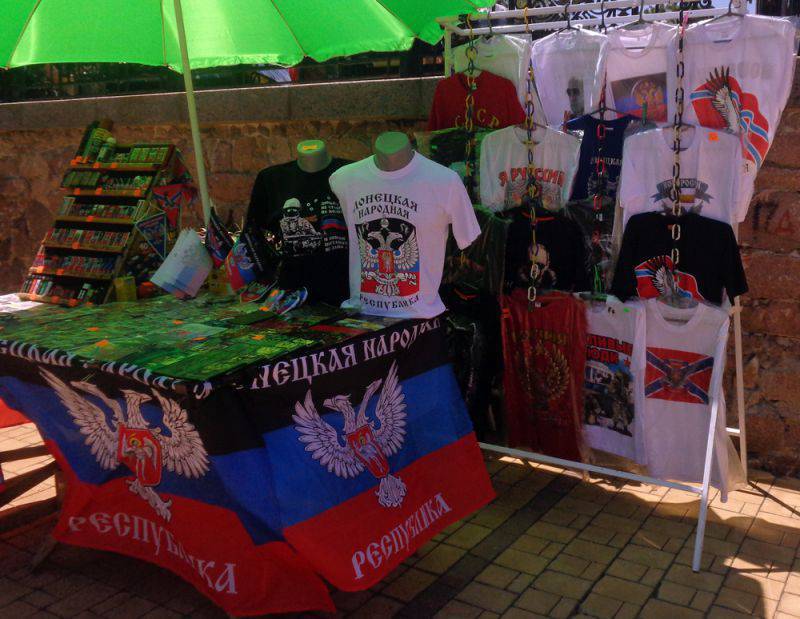 Children were handed out free ice cream and tickets for rides. 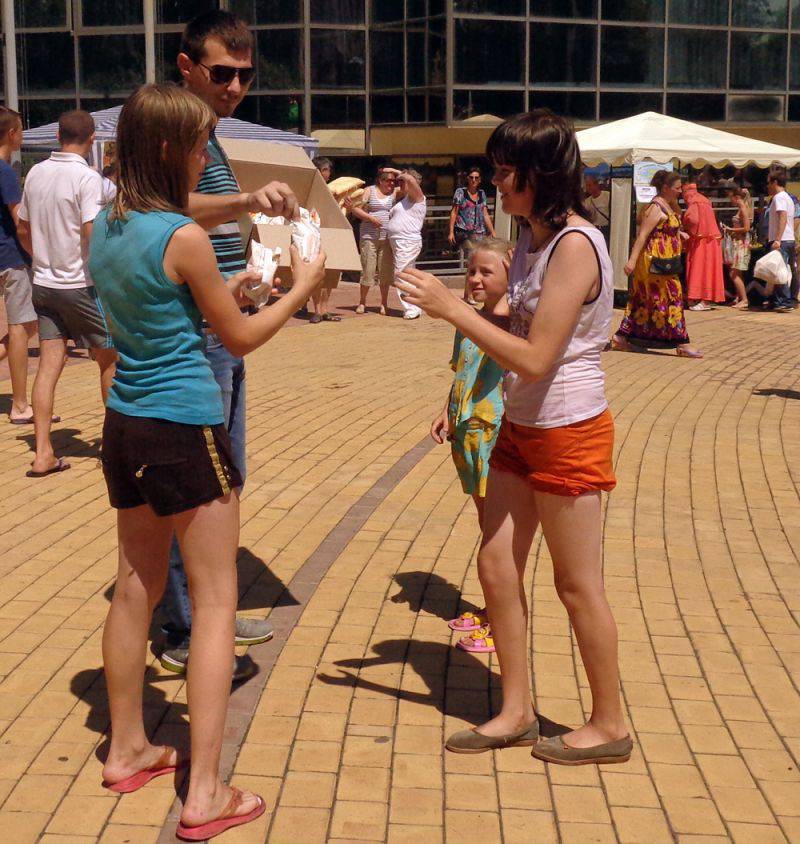 Universal joy turned into the appearance on the holiday newlyweds. After all, the creation of new families is a pledge of the future of the Republic. 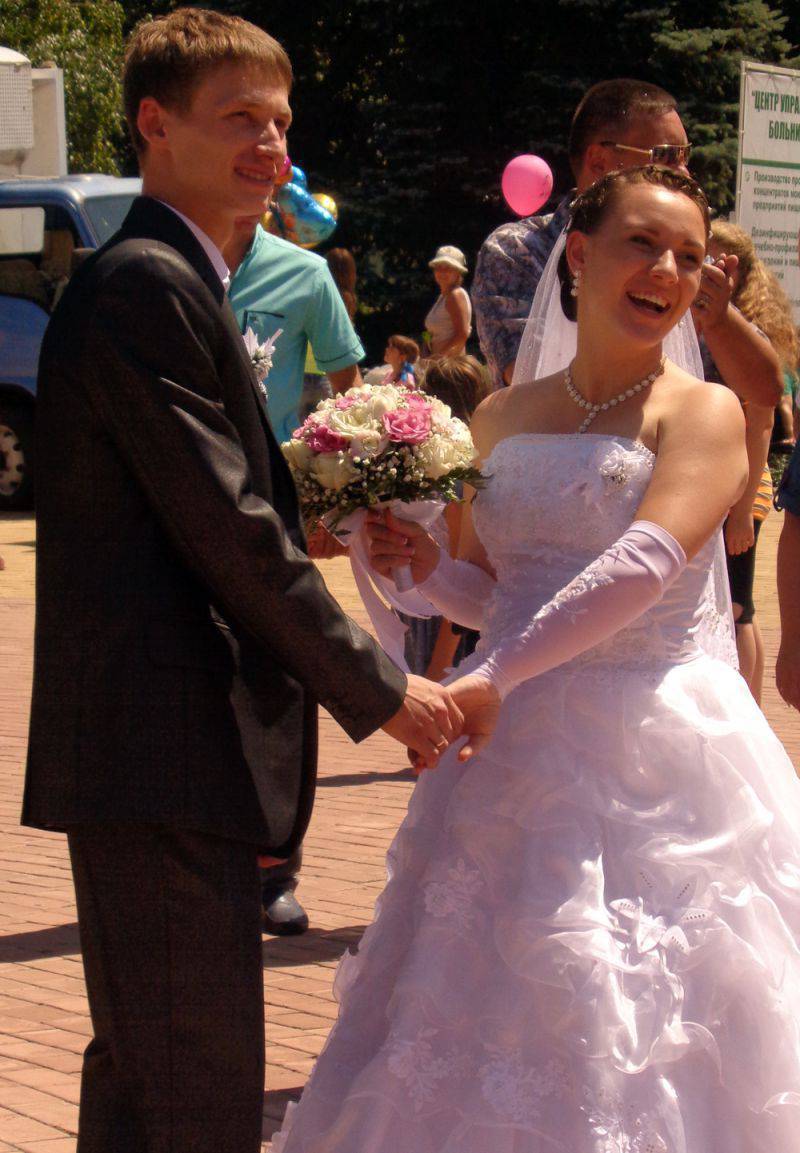 On the same day, two concerts dedicated to the memory of Vladimir Vysotsky (deceased on July 25 1980) took place in Donetsk. By the way, Vladimir Semenovich spoke three times in the Donbas. 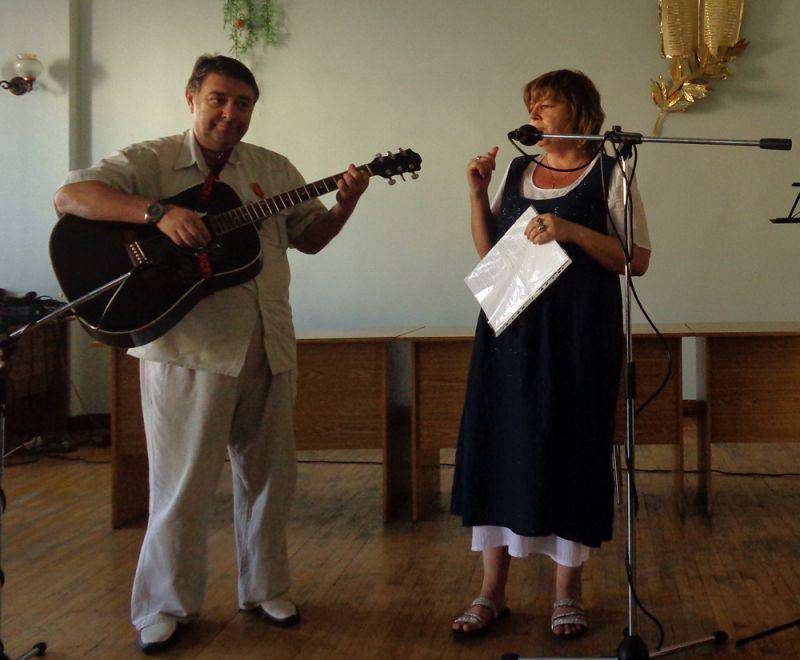 One of the concerts, organized by the club of the author's song of the DPR “Big Donbass”, was held in the library to them. N.K.Krupskoy. The bard Vladimir Skobtsov, well-known in Donetsk, said that Vysotsky's songs are sounding so modern that even the words should not be changed. After that, he sang the song of the great poet and singer "Soldiers of the Center Group: 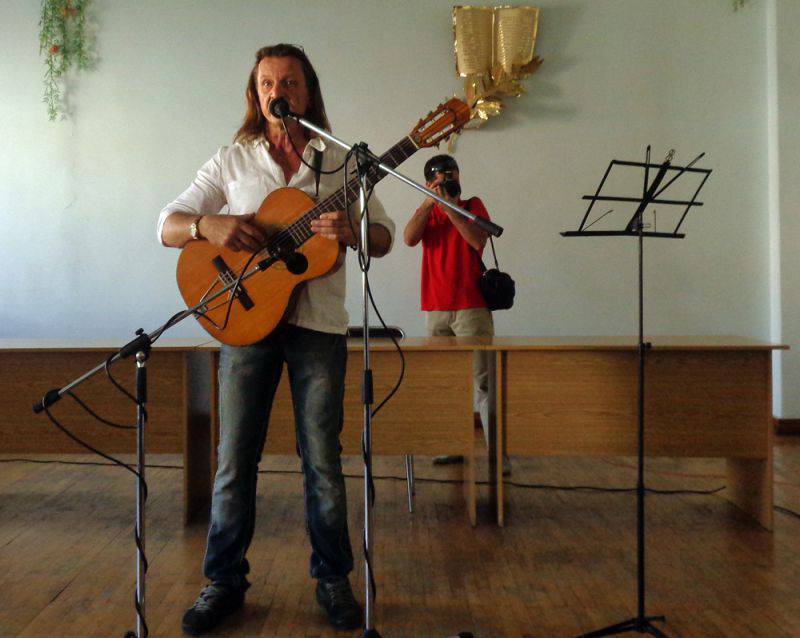 This song was written by Vysotsky for the play “The Fallen and the Alive”, and it deals with fascist soldiers. And, unfortunately, today, junta soldiers marching through Ukraine and trying to wipe the Donbass off the face of the earth have the same brown color ...

Another concert dedicated to the memory of V. Vysotsky, was held in the Palace of Sports "Spartak". On it were the authors working in different genres - and the author's song, and pop, and chanson. Lyrics, songs of Vysotsky, and also recently created works about Donbass sounded. 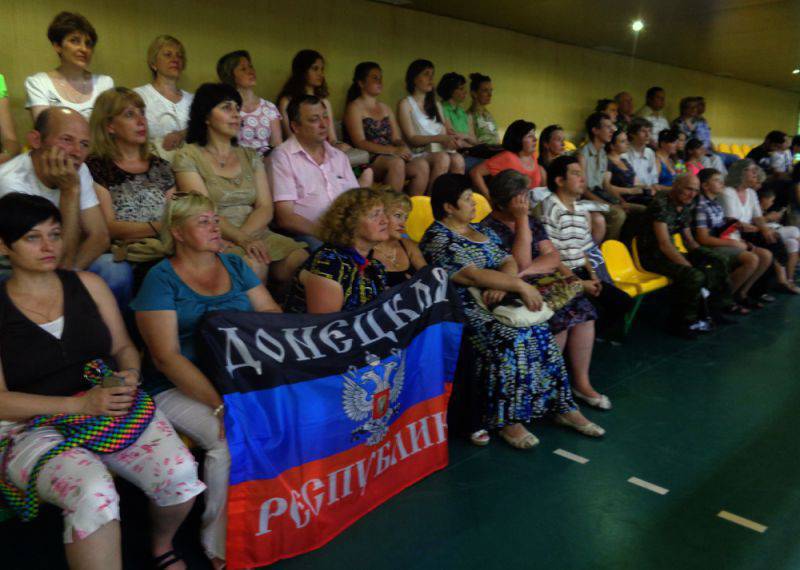 In particular, the public warmly greeted the two merry fellows of the show “Two from the Face”, who performed a perky “Miner's song”. 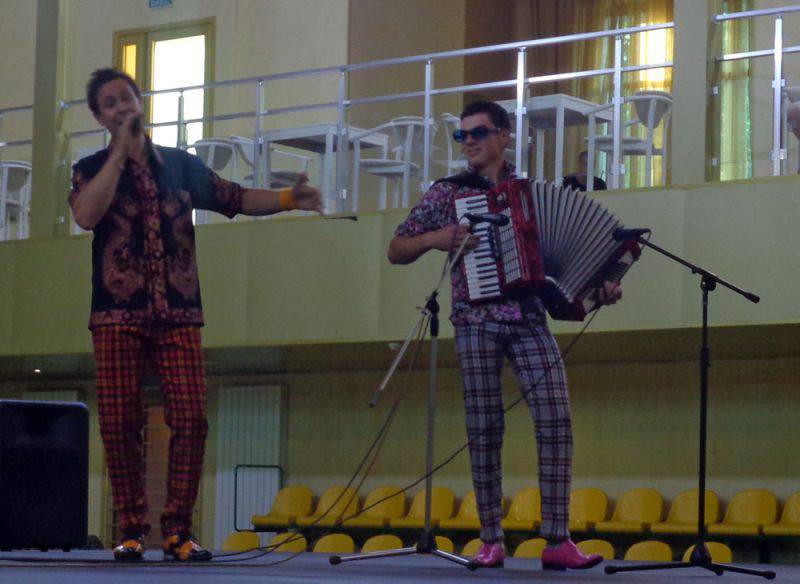 With tears in their eyes, people listened to the song of V. Vysotsky "He has not returned from the battlefield":

We also had enough space in the dug-out,
We and time flowed for both.
Everything is now one, it only seems to me:
This I did not return from the battlefield ...

A guest from Moscow also performed at the concert - singer Dema Gromov, famous among fans of chanson. He has repeatedly spoken in the Donbas with the support of the struggle of New Russia. This time all three of his songs were dedicated to this particular fighting edge: 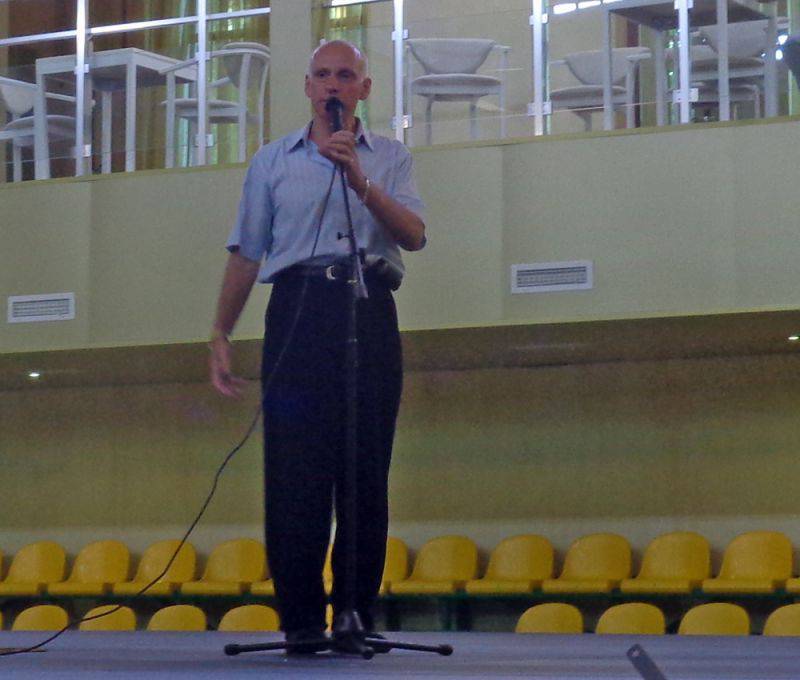 Another song by Dema Gromov, which he performed at the concert, is called “Donbass became holy.” Truly, this land, which continues to fight, but who knows how to heal wounds, this land on which people do not sit in basements, as enemies want, but gather for concerts - has become holy today.

I must say that the Spartak Palace itself suffered damage due to shelling. 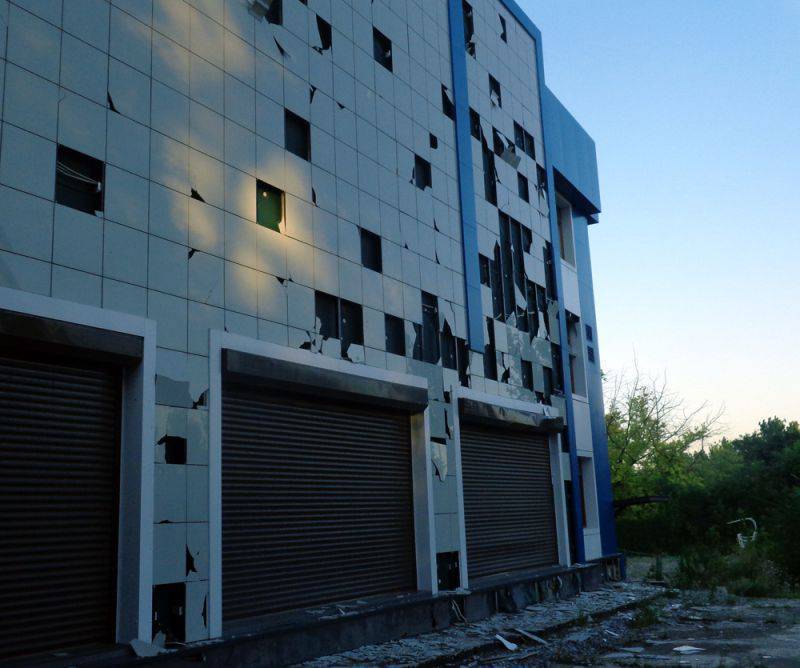 But the palace works. How do they work and the resurrected mine "Progress", and the shelled shops on the University, and the kindergarten, recently restored in Yasinovataya, and much more that have already been restored from the ruins.