Wasserman: I really do not envy the enemies of Muammar Gaddafi 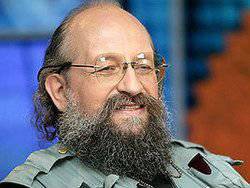 Anatoly Wasserman - about why the Gaddafi case will gain a new life.


I have not spoken for a long time about the events of October 20, hoping to get reliable data from independent sources. But every hour is more obvious: the words of Otto Edward Leopold Karl-Wilhelm Ferdinandovich, Duke von Lauenburg Prince von Bismarck und Schonhausen “Never lie so much as before the election, during the war and after the hunt” still remain as immutable as and a half century ago.

So far, unfortunately, only one thing is certain: Sirte - the hometown of Muammar Muhammadovich Gaddafi - is bombed aviation NATO is in a state that practically excludes the existence of living remnants of the population in it, so that mercenaries (from Egyptian Islamists proclaimed by the Benghaz Democrats in February to militants brought in from Afghanistan) entered the depopulated territory without much interference. But the fate of the Colonel himself is still the subject of serious doubt.

The main source of doubt is in the United States of America. This is the server for YouTube’s most popular online video storage system. The first of the clips depicting the public assassination of the generally accepted moral leader of Libya (and even a noticeable part of the rest of the world) was there at about two in the morning on October 10, that is, long before the official dating of the events shown there.

Experts found many others will accept the dubious information about the murder of Gaddafi. Yes, and I myself saw the body with easily recognizable face and the same easily recognizable Y-visible seam from the autopsy in the Russian TV news, and after a couple of hours I heard from the same news official statements by NATO mercenaries: there was no autopsy and there will not be.

Something similar should have been expected, at least since the western 8 TV channels on August 2008 were shown amicably shots of Georgian shelling of Tskhinval with captions “Russia is shooting at the Georgian city of Gori”. Every day, modern professional journalism less and less reflects the real picture of the world and more and more draws its own, corresponding only to the interests of customers. Sooner or later, the differences become so obvious that the masses of disinformation simply cease to believe, even in those cases when they, according to the interests of the customers, report something reliable.

In the present circumstances, even the demonstration of the body in the misurata shopping center does not prove the death of the one whose name the troops of the legitimate authorities had recently stormed this nest of hired rebels. It is too easy to make up a corpse taken from any morgue.

Reliable evidence could be perhaps a genetic examination conducted by a group of independent researchers from countries of different political orientations (from Russia to Syria) with the participation of Gaddafi’s children. But the children themselves are also declared targets of NATO, and the politicians of most countries are not eager to form commissions independent of them.

In addition, in the current situation, all parties are equally interested in the official death of the creator of the most successful stories example of self-governing - almost to the degree of anarchy - of society.

NATO gets a reason to stop the official part of the aggression in Libya. After the capture of a significant part of Tripoli, British special forces had to be withdrawn mainly due to combat losses unacceptable by Western standards. The 3 of thousands of US marines who escorted the United States Foreign Secretary of the United States of America Hillary Dayan Hugh-Ellsworth Rodham (by her husband Clinton) on a quick trip were also unlikely to lose out on attempts to capture Sirt. The cost of the air part of the operation also surpassed all that was acceptable during the current Second Great Depression (not to mention the fact that precision-guided munitions were spent for the first couple of months of air raids, so cleaning Libyan cities — including Sirte — had to be endless, but extremely destructive, with a voluminous explosion ammunition ). And in general, the NATO troops need to relax and take into account the accumulated experience. After all, other members of the oil axis of Evil are ahead: Syria, Iran, Russia ...

Gaddafi - if he is alive, and did not stay under the ruins of Sirte (where he is unlikely to be found: it’s not for nothing that all evidence of his death has distinct traces of a fake) - also he is unlikely to want to go public. It is much more useful for him to wait for the official withdrawal of the enemy troops. It is clear that the West will not let Libya out of actual control. But it is much easier to deal with private military corporations: not every mercenary is willing to risk his own life, and it’s more difficult to call air support. Of course, the Colonel adheres to knightly views - but he still has led hundreds of isolated tribes for four decades and knows how to not only look for compromises, but also play on the contradictions of their interests. I suppose there are no fewer contradictions between countries that consider themselves developed. Therefore, the termination of the operation, forcing them to official unanimity, will allow Gaddafi to more effectively resist their forces in his country.

But if the Colonel is indeed killed, I really do not envy his enemies.

He had long tried to play by the rules established by the West as binding on all his opponents. In particular, he was repeatedly accused of supporting terrorists - but not once was such an accusation proven. Even the process of the explosion of a passenger plane over the Scottish town of Lockerby, although it led to the condemnation of a citizen of Libya, is far from indisputable. All evidence of the Libyan trail went through such a dubious way, including several closed operations of Western intelligence services, that an unbiased lawyer could easily prove their inadequacy. Gaddafi only after a long-term economic blockade of Libya agreed to pay compensation to the relatives of the victims - and he said that the country is only morally responsible for what happened, since the Libyan was convicted.

When the NATO aggression began, many Libyans and Libyan supporters living in other countries were ready to respond to it in a way that is accessible to the weak against the strong, by terror. The colonel, however, forbade such a potent remedy: until the last moment he hoped to reach an agreement with people officially declaring generally acceptable goals. If Gaddafi does not exist now, the ban he proclaims expires for his followers.

Julia Sarkozy may never talk with her father in her life: he runs the risk of riding a gun carriage, covered with the national flag, long before she learns to speak. Wishing to deal with the organizers of the invasion of Libya will be every day more and more. The country will now be robbed seriously. Gaddafi's established procedure for the division of petrodollars among all Libyans will be a pleasant memory. And many will decide: those who have broken it must answer for their broken life.

If Gaddafi's body is dead, his business takes on a new life.
Ctrl Enter

We are in Yandex Zen
Anatoly Wasserman: Strategy beats tactics, logistics - strategy. Why the troops did not prepare in 1941
On the other side of the "red" and "white." Report Izborsk club
21 comment
Information
Dear reader, to leave comments on the publication, you must to register.