Why did the Israelis attack the American ship 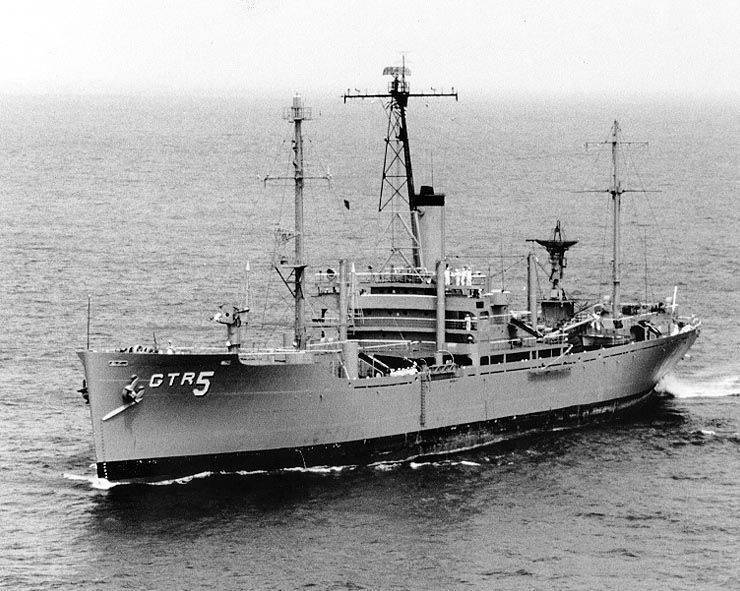 8 June 1967 was attacked by Israeli planes and torpedo boats and seriously damaged by the American reconnaissance ship Liberty (the electronic reconnaissance ship USS Liberty). Killed 34 people, 171-173 sailor was injured. Having refused the assistance offered by the Soviet ship, the Liberty left for La Valletta (Malta) for urgent repairs. It was the first American ship to be hit by fire after World War II.


The Israelis watched the American ship for eight hours. Aircraft of the Israeli Air Force several times passed over the ship at close range. The Israeli attack lasted about 2 hours. The air attack itself lasted about 25 minutes. During this time, 12 Israeli fighters "Mirage-3" made more than 30 sorties. The pilots used cannons, rockets, bombs, white phosphorus and napalm. From the action of guns, rockets and napalm on the American ship were hundreds of holes. Then the ship was attacked by torpedo boats. Three torpedo boats launched five torpedoes around the ship, one of them hit the side of the ship. As a result, in the lining of "Liberty" counted more than three thousand holes from bullets fired from machine guns.

The Americans, having decided that the attack was completed, launched the rescue rafts to rescue the wounded. But the boats returned and shot them. In addition, the ship was going to finish off two amphibious helicopters of the Israeli army, on which the paratroopers had explosives to undermine the "Liberty". However, apparently, having received the appropriate order, the helicopters flew away. In addition, part of the crew of the American ship showed determination to resist.

Israel declared that the attack on the ship was a tragic mistake. They say they took the American ship for the Egyptian ship. The US administration has not officially challenged the Israeli version of what happened. Although even then many American analysts pointed out (and even proved by radio interception data) that the CIA and the Mossad conspired, the scandal was hushed up.

The world community cultivated the myth that the United States tried to maintain neutrality during the conflict between Arab countries and Israel (the Six Day War), while officially supporting the Jews, but at the same time trying to reach an agreement with the Arab world. And ostensibly in order to gain insight into the confidence of the Arabs, the Americans began to share intelligence information with them, for which they sent the Liberty radio electronic reconnaissance ship to the scene of the conflict. However, in reality, in foreign policy terms, Israel secured US support even before the war. USA in 1966 year, after the cessation of deliveries of Germany to Israel weapons and equipment, committed themselves to "maintain an armed balance" and accelerated the supply of heavy weapons and various ammunition. As part of an intelligence exchange, in February 1967, the CIA began to transfer Israeli military space and aerial imagery of the home base of the Arab Air Force, Navy, defensive positions and frontiers at Sinai.

The US administration was aware of the plans of the Israeli General Staff. This is proved by the recollections of the participant of the secret meetings of the head of the Mossad Meir Amit with the head of the CIA R. Helms and the US Secretary of Defense Robert S. McNamara. So, at one of the meetings, 3 June 1967 of the year at 7 in the morning, the head of the Mossad, Amit, assured that the Israeli armed forces would do everything necessary, but asked for three things: support for Israel in the UN; Moscow’s support for Washington in case of intervention; and the restoration of Israeli capacity. The head of the American defense department, McNamara, glanced at the list, smiled, and said: "Even if we decide to give you all of this, we will still not be able to deliver, because by this time the war is over." The Americans already knew the start of the war - June 5. Knowing about the beginning of the war two days before it, the Americans did not send several dozen of the latest F-104 Starfighter fighters to the airfield in Mafraq and drove them to Turkey.

In 2004, the United States declassified documents from the Pentagon’s intelligence archive that dealt with the attack on Liberty. As follows from the documents of the Pentagon, shortly before the attack, Israeli aircraft found the destroyer and determined that he was American. However, the command of the Air Force, allegedly through negligence, did not transmit this data to all crews.

However, some members of the ship’s crew and various experts doubted negligence, who believed that this was a deliberate act to stop the American ship’s observation of the actions of the Israeli armed forces during the conflict. They believe that the Israeli military clearly knew that the US ship was in front of them and decided to attack it deliberately, and then justify themselves by accepting the Liberty for the ship of Egypt.

Among the evidence that the Israelis could not be mistaken are the following facts:

- A large American flag was hoisted over the Liberty - one and a half by two and a half meters. The weather was great and it was impossible to miss the American flag. And before the attack, the Israelis had been watching the ship for a long time, the flag was clearly visible. After the Jewish military riddled the flag, the Americans raised a new one, even more by two by four meters, and it flew over the ship during the entire operation;

- American ship could be identified by a unique American number on the nose and flowers. The Liberty had its own unique profile: it did not look like other ships. The reconnaissance ship was equipped with a large number of antennas, including well-marked "plates", as well as towers;

- Israeli Air Force planes first destroyed the communications equipment and the emergency signal system so that the Americans could not report the attack;

- Israeli airplanes and boats were unmarked, that is, the attack was prepared in advance;

- it is known from the transcripts of the negotiations between the attackers and their command that one of the pilots of the Israeli fighter, at least three times, identified the ship as American and asked the command whether he really should continue the attack, to which he received an unequivocal order: yes, attack;

- Life rafts were deliberately destroyed, that is, according to the original plan, there should not have been any witnesses. The conclusion is that the Israeli leadership wanted to expose Egypt and did not want to witness the attack;

- the attack was stopped when the Americans still managed to restore part of the antenna and send an emergency signal to the Sixth the fleet;

- The Egyptian ship, with which the Liberty was allegedly confused, was a cargo ship, not a military one and, besides, four times smaller and completely unlike the American ship.

There is a version that it was a joint game of the USA and Israel. At the same time, part of the top military and political leadership of the United States was not aware of the operation. Authoritative British writer and journalist Peter Hounam, on the basis of documents, proved in his book “Operation Cyanide” that Operation Cyanide was sanctioned by Washington. The order to conduct the operation was given by US President Lyndon Johnson and Israeli Prime Minister Levi Eshkol. The operation was to be a provocation aimed at eliminating the pro-Soviet regime of Gamal Abdel Nasser in Egypt.

The death of the American ship, which was deliberately put up under attack, deprived of cover, should automatically lead to the aggression of the United States against Egypt and a serious crisis in relations with Moscow. The United States and Israel were to defeat Egypt and establish control over Suez, which led to the implementation of the plan of a part of the Jewish elite to create a “Great Israel from the Nile to the Euphrates” and to establish American control over the Middle East and the Mediterranean. In this regard, the position of Egypt is of military strategic importance. This sharply undermined the position of the Soviet Union in the region and in the whole world.

Thus, the attack on "Liberty" was no longer the first, but not the last provocation with the participation of the United States, which was made to political interests. For example, Washington used the death of the armored cruiser "Men" 15 February 1898 of the year to start the war with Spain, when Washington took away from the decrepit colonial power of Puerto Rico, Fr. Guam and the Philippines. Cuba, formally declared independent, was occupied by US troops. So, Washington seized territories of strategic importance. By a similar technique, the United States launched a war against Vietnam in 1964, using the incident in the Gulf of Tonkin.