Day of the Navy of the Russian Federation

July 26 2015
115
On the last Sunday of July, Russia celebrates Naval Day fleet. A new reference point for the holiday of Russian military sailors was 2006, when decree No. 549 “On the establishment of professional holidays and memorable days in the Armed Forces of the Russian Federation” was signed. In fact, the 2006 decree was only a generalization of Russian military holidays and memorable dates, and the vast majority of the clauses of this decree relate to holidays that deservedly took their place on the calendar back in the Soviet era. The situation is similar with the Day of the Navy, which was established in 1939 by the decision of the Council of People's Commissars of the USSR and the Central Committee of the CPSU (b). In the decree, the date for celebrating Navy Day in the USSR was set on July 24. And it was July 24th that was the Day of the Navy in the USSR until 1981. In 1981, the solemn events dedicated to the celebration of the Navy Day were first held on the last Sunday of July (on the basis of a resolution of the Presidium of the Supreme Soviet of the USSR of October 1, 1980).

On the Day of the Navy of the Russian Federation, parades are held in all the main naval harbors of the country and, by the way, not only ... This year, large parades with a demonstration of marine technology will be held throughout Russia: from Sevastopol and Novorossiysk to St. Petersburg and Murmansk and Vladivostok. The homeland of the Russian fleet Voronezh also does not remain on the sidelines. The status of this does not allow by definition. The main venue for celebrations according to tradition will be the Admiralteyskaya Square of the City of Military Glory of Voronezh. The celebrations start with a march of veterans of the Navy of the USSR and the Russian Federation. In the area of ​​the Admiralty on the water in memory of those who lay down their heads for the freedom and independence of the Fatherland, according to tradition, a wreath will be lowered. . By tradition, the festivities end with fireworks. 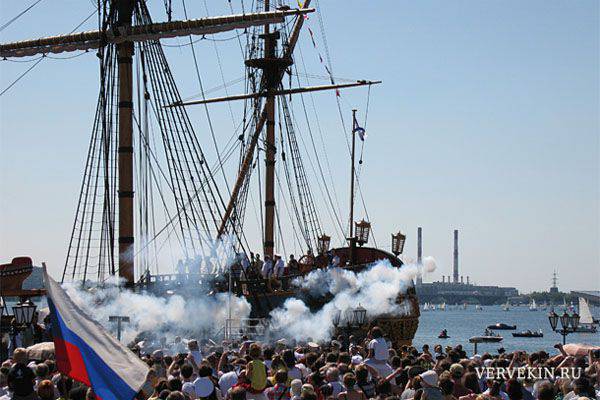 More than 10 ships and vessels of the Leningrad Naval Base will be involved during the parade in the Northern capital of Russia. These are the ships, the crews of which showed real mastery and excellent training in performing the exercises of the Baltic Fleet. According to the organizers of the parade in St. Petersburg, the passage of ships on the Day of the Russian Navy in 2015 will be unique in that the ships that should only be put into service with the Russian fleet will take part in the parade. One of the spectacular events that are expected on this day in St. Petersburg is the landing of a sea landing and the flight of sea planes aviation.

On the Day of the Russian Navy, Kamchatka holds its own complex of celebrations, during which residents and guests of the Kamchatka Territory are shown new equipment supplied under the rearmament program for sailors. One of the most noteworthy technical units was the shock platform “Platform-M”, which was “trained” in the destruction of sabotage groups of a conditional enemy. The length of such a robot, created by JSC NITI Progress, is 160 cm, the total weight is about 800 kg, with the possibility to carry a payload up to 300 kg. The robot has full resistance to the caliber 5.45. 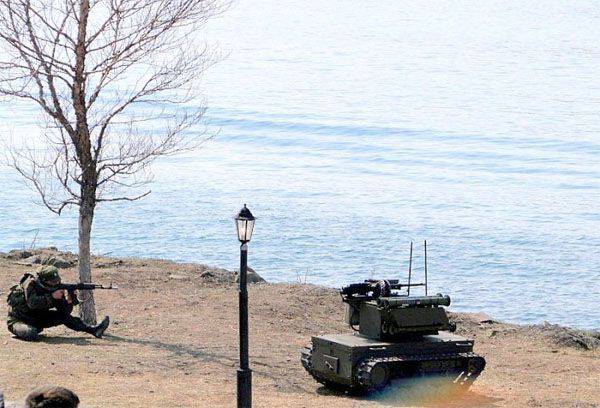 The Day of the Russian Navy is widely celebrated in Astrakhan. Here, in front of the townspeople and guests of the city, gathered on the embankment, a parade of ships of the Caspian Flotilla will take place. The parade is attended by small rocket ships of the project 21631 "Uglich" and "Grad Sviyazhsk", put into operation just a year ago. In addition, Astrakhans have the opportunity to observe the progress in the parade of the ship of the small artillery ship project 21630 "Astrakhan", the base minesweeper "Herman Ugryumov" and the border patrol boat "Astrakhanets". In total, it is planned to use around 40 ships, boats and auxiliary vessels in the Astrakhan parade. As in Petersburg, in Astrakhan, the landing program of the marines will be included in the program of events. Landing site will be the coast of the City Island. 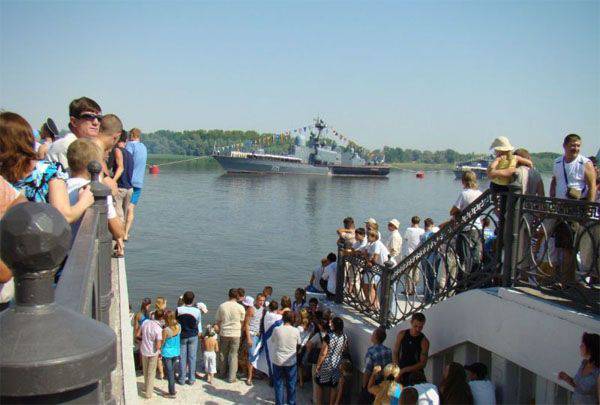 Celebrating the day of the Navy, any self-respecting person who knows firsthand the service in the fleet should not forget about the person who made this holiday even appear on our calendar. This, of course, is about the legendary admiral Nikolai Kuznetsov. It so happened (or the coincidence was not accidental) that his birthday (July 24) became the starting point for the date of the holiday. As Nikolai Kuznetsov himself reported, whose services to the fleet are truly enormous, he had a hand in the appearance of the Day of the Navy of the USSR. Admiral Kuznetsov at different times fell into disgrace, but today the sailors do not recall this, but the unique skills of a professional, a sailor, a manager, which allowed the country's navy to be turned into a powerful fist who broke the seemingly formidable enemy. 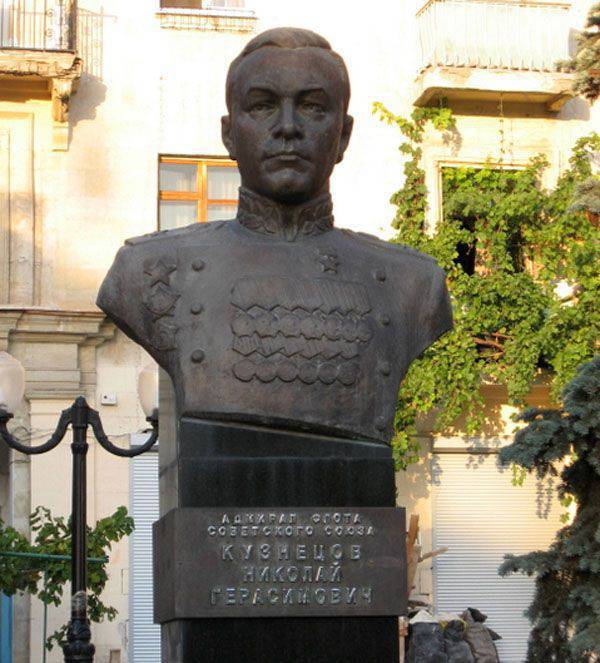 Russia today bears the high rank of sea power. It is gratifying to realize that the fleet is being improved, the structure of the Russian Navy includes new warships, submarines, auxiliary vessels. For some time now, Russia has resumed its naval presence in the Mediterranean. A document was signed on the possibility of a simplified approach of Russian Navy ships to the ports of Cyprus and Greece (Mediterranean Sea), ports of Equatorial Guinea (Atlantic Ocean), cooperation with the fleets of China, India, Venezuela and other countries of the world is carried out. 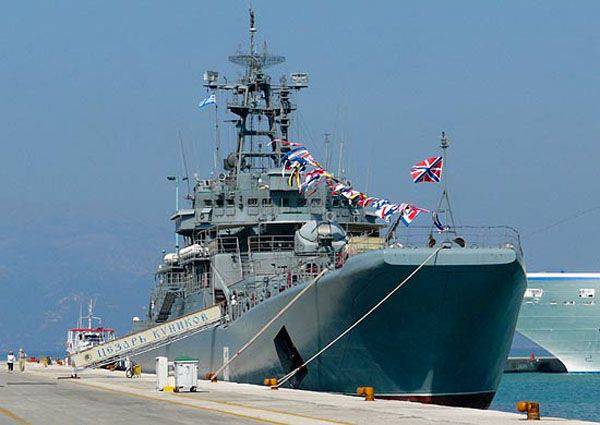 On this day, "Military Review" congratulates all active Russian Navy servicemen and fleet veterans on the holiday!